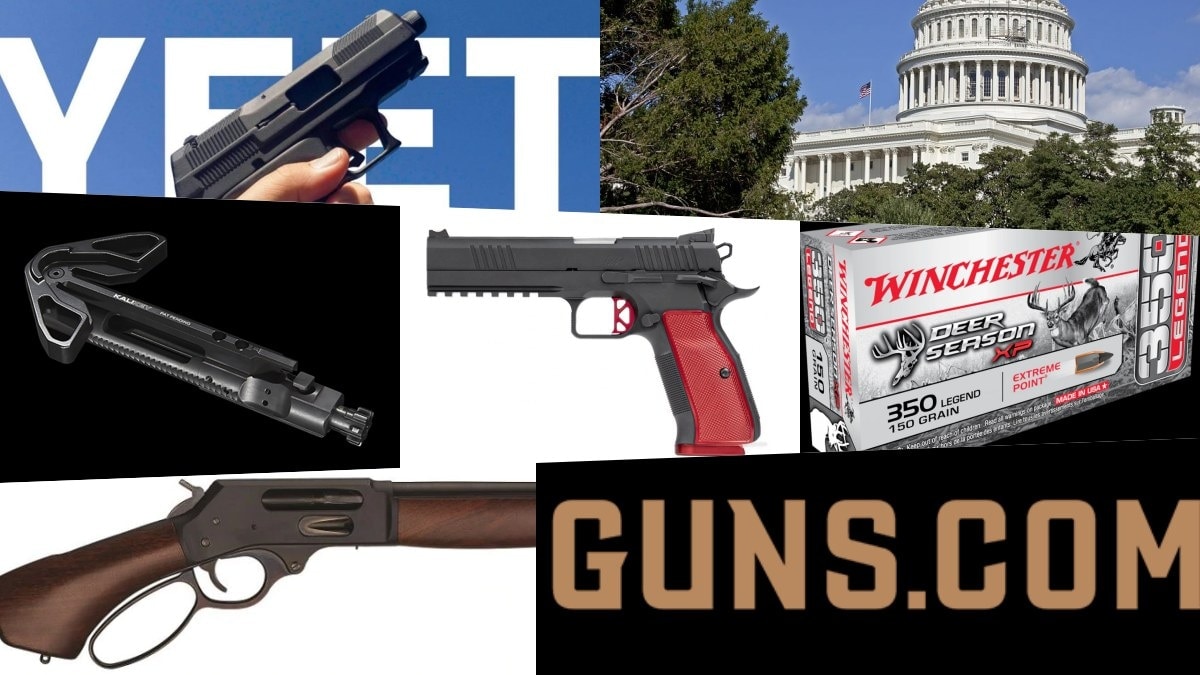 We crunched the numbers on the most viewed posts for the past year and, from Yeet Cannons to suitcase miniguns, it was a wild ride.

Overwhelmingly, Guns.com visitors were concerned with moves by anti-gun politicians to ramp up efforts to ban or otherwise dump extra layers of government red tape on firearms and ammunition. In fact, several of the most high-trafficked articles involved a bill in Congress to make mandatory background checks the nationwide norm for ammunition sales and others to include the most sweeping “assault weapon” ban proposal since 1994.

The good news going into 2020 is that while H.R. 1705  and H.R. 1296 have 78 and 216 co-sponsors respectively, they are still languishing in committee despite Democrat control of the body. The bad news is that other marginally less intrusive gun control efforts made it through Congress and was signed into law to include a bill that funds $25 million for the CDC to study gun use in relation to public health issues.

While manufacturers were keen to release new firearms, ammo, optics, and outdoor accessories almost daily in 2019, there were a few new products that really lit up our digital pages and caught hundreds of thousands of eyeballs.

These included the new Henry Axe, a .410 non-NFA lever-action firearm, the Winchester .350 Legend cartridge which quickly saw dozens of new rifles chambered to use, the Kali Key device  to convert AR-15s to bolt-action rifles for gun owners behind the lines such as in California, the Dan Wesson DWX CZ75/M1911 mashup (which still hasn’t hit the market) and last but certainly not least, the Hi-Point Yeet Cannon (which is still just available in its now “classic” G1 version.)

When it comes to having fun in a very ballistic way, we found that Empty Shell’s XM556 suitcase-sized minigun prototype and a tour of a working WWII B-17 bomber ball turret both brought over a million views this year while an M61 20mm Vulcan Cannon “The Hand of God” came in a close third place. Now that’s home defense!