The Great Nor'Easter Raised $35,000 For Our Veterans

On a crisp fall morning, competitors sporting both 3 gun and USPSA gear gathered in the parking lot of the Pioneer Sportsmen Club in Dunbarton, New Hampshire. It was the weekend of September 13-15, 2019. They were there to compete in The Great Nor’easter.

In only its third consecutive year, The Great Nor’easter has become New England’s largest 3 gun competition and one of the largest USPSA competitions in the area. Local cadets were there to kick off the meeting with a color guard and all present said the Pledge of Allegiance.

The competitive shooting community is passionate about helping our country’s Veterans, and Aiming for Zero’s event The Great Nor’easter brings these two communities together. Aiming for Zero, a sector of Active Heroes, is a channel for the shooting community to focus their efforts to prevent Veteran suicide. The Great Nor’easter has risen to be a top-five event nationwide for Active Heroes. 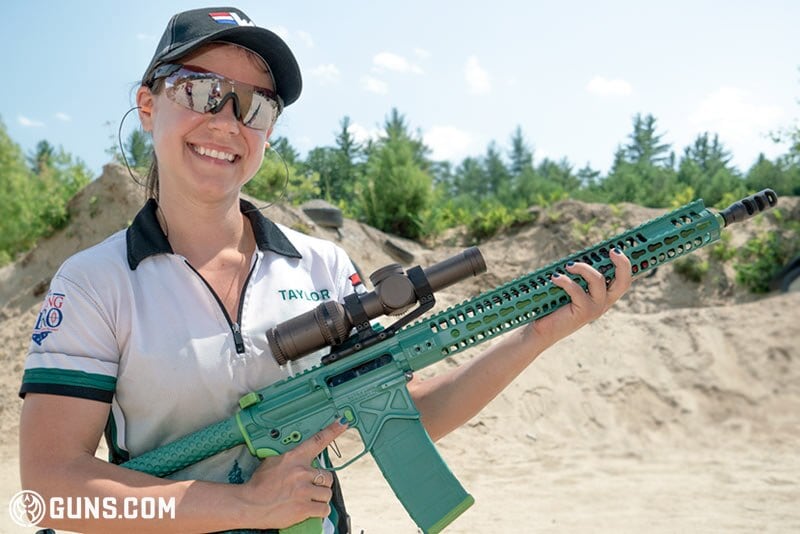 Taylor Thorne, the organizer of The Great Nor’Easter with her custom AR-15. (Photo: Ben Philippi / Guns.com)

The event is organized by a group of dedicated volunteers. At its helm is the ever-enthusiastic Taylor Thorne. “We’re here to have fun,” she said, “but also to raise money for a great cause.” In the first year, 2017, 110 competitors participated and $12,000 was raised. This year, 2019, they hosted 180 competitors and almost tripled the fundraising to $35,000. That’s an impressive feat.

Thorne and her team are proud of the people that help and attend. “When you go to the match itself you feel just how much the community cares, you see people helping each other, and one can witness patriotism as its peak,” said Thorne. Top competitors of both USPSA and 3 gun shooting sports came out to share and try their hand at 7 unique stages. There was a shoot house, high and low ports, obstacles such as see-saws, cooper tunnels, and platforms. All were designed to challenge and thrill shooters.

Sponsors set up tents and socialized with the community. Lunch was provided by the Zahn family, passionate about the cause drive down from Maine every year to cook and donate their proceeds to Aiming for Zero. Raffles were held with all kinds of prizes up to a full Altas Gunworks build, which started online and saw donations from all over the world. (if the Australian donor won it would have been interesting to see how that transfer would work!)

Guns.com was excited to witness The Great Nor’easter and support Aiming for Zero. It’s important to show the good work our competitive shooting community does. If you are interested in competing or supporting Aiming for Zero’s Great Nor’easter next year, mark your calendar for September 11-13, 2020. You can find much more information on their Facebook page.

Shop for all your competition firearm needs at Guns.com. 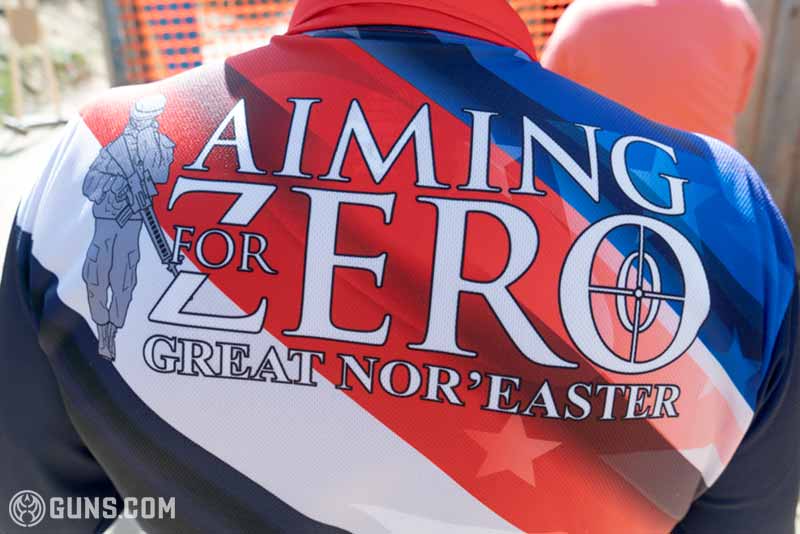 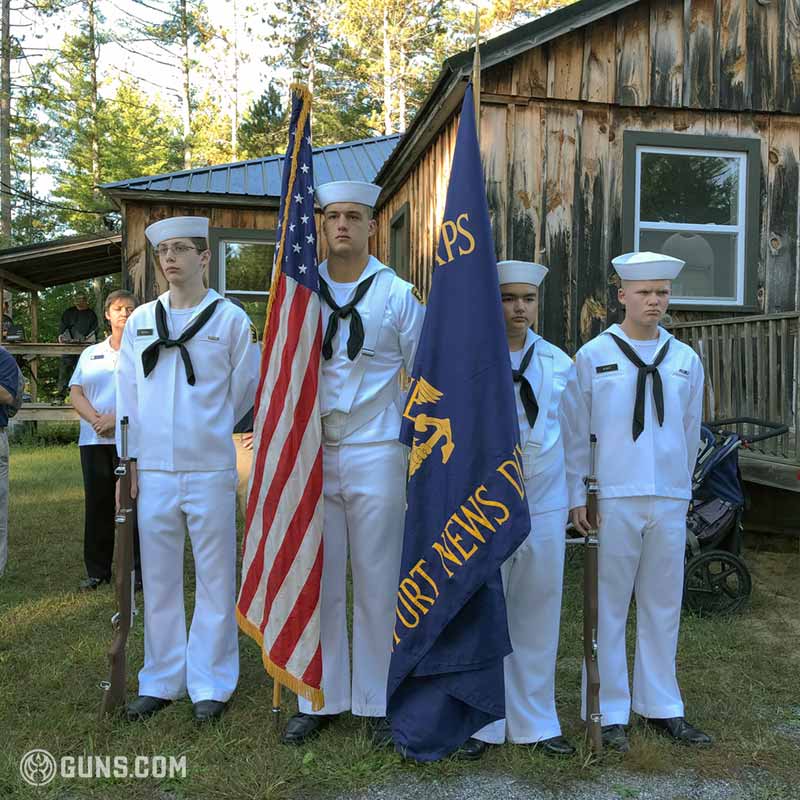 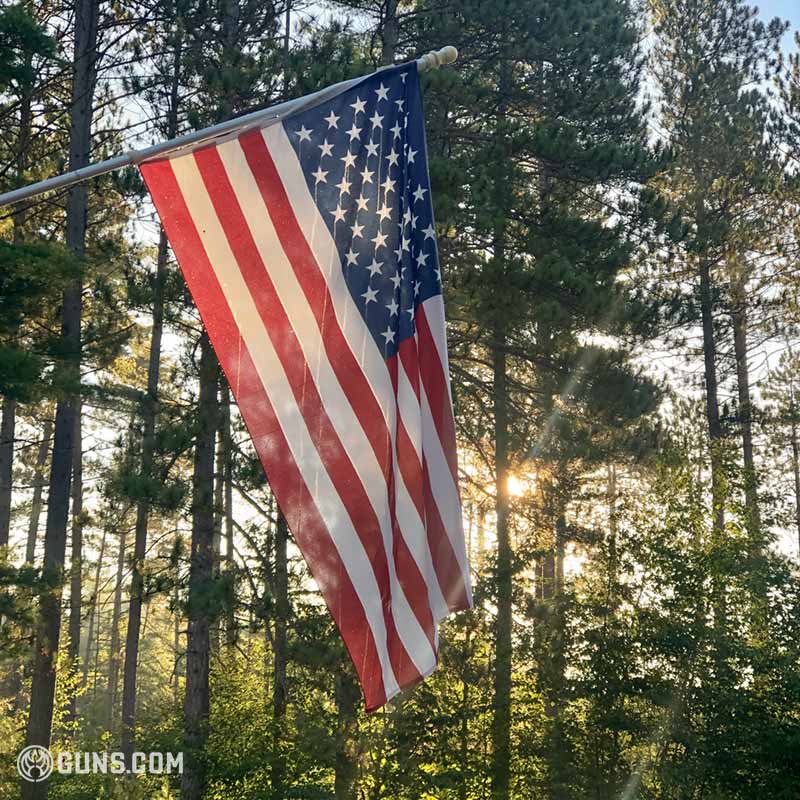 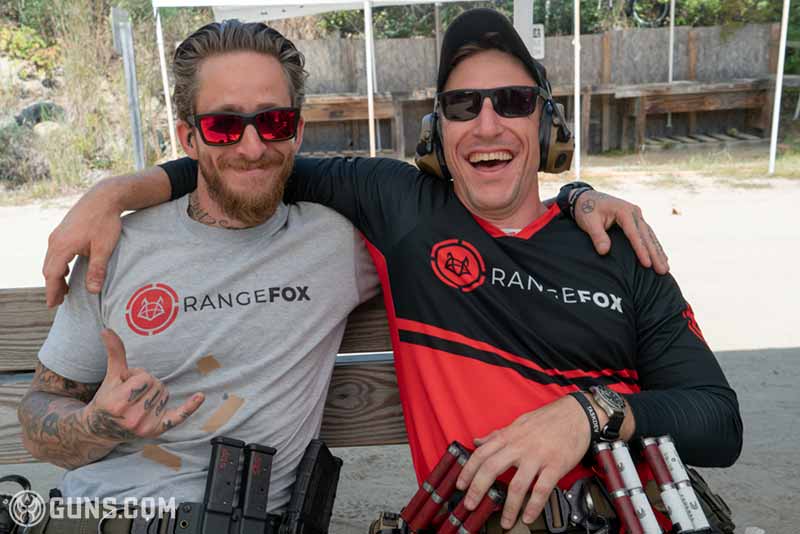 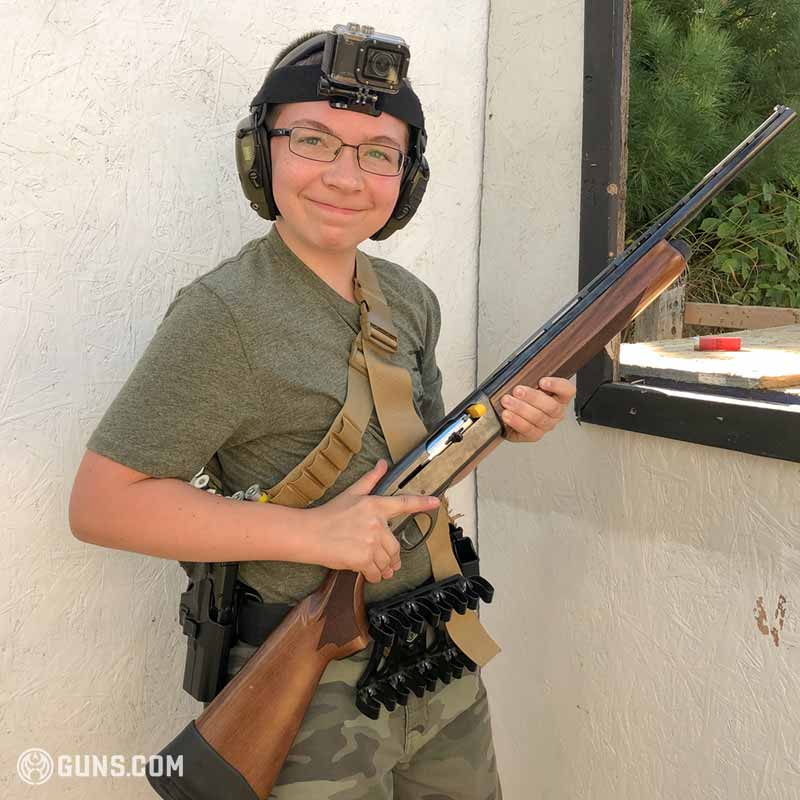 Ryan Link with his Remington 1100 shotgun. He was competing with his father. (Photo: Ben Philippi / Guns.com) 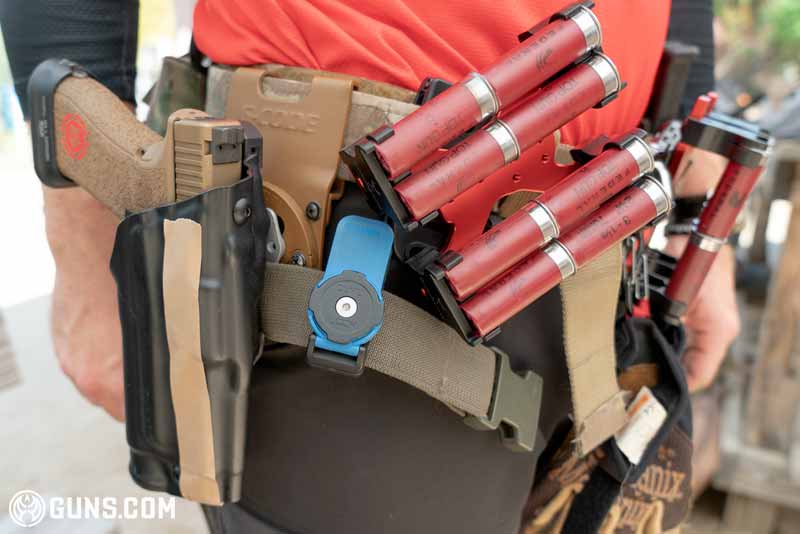 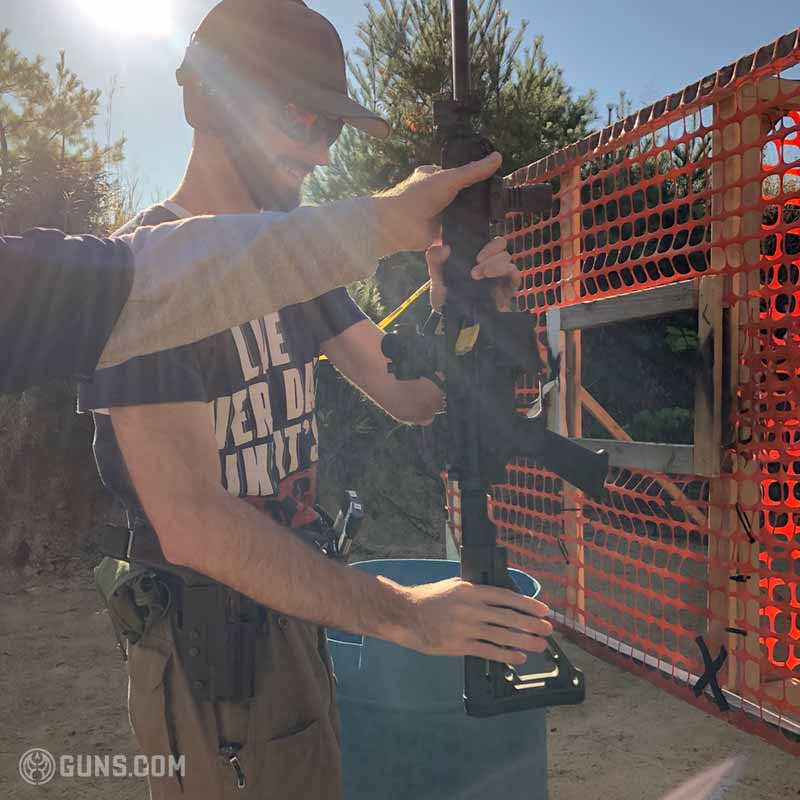 The face you make when it’s your turn and they hand you your AR-15. (Photo: Ben Philippi / Guns.com) 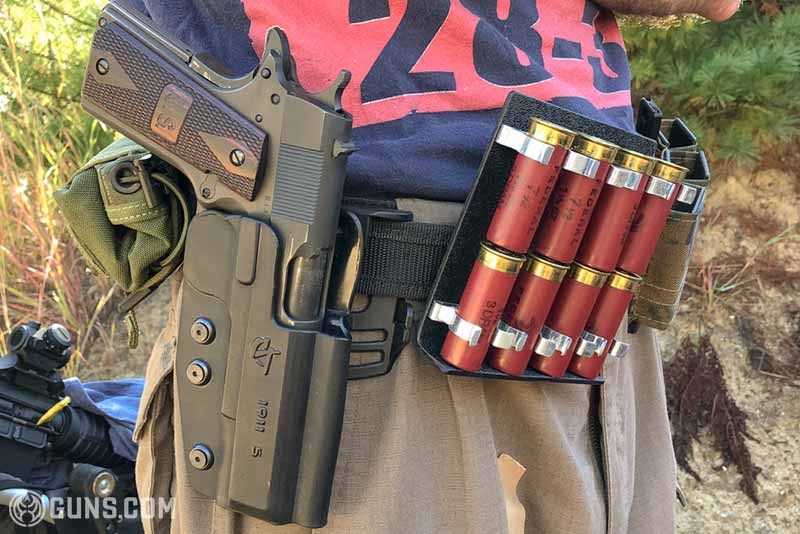 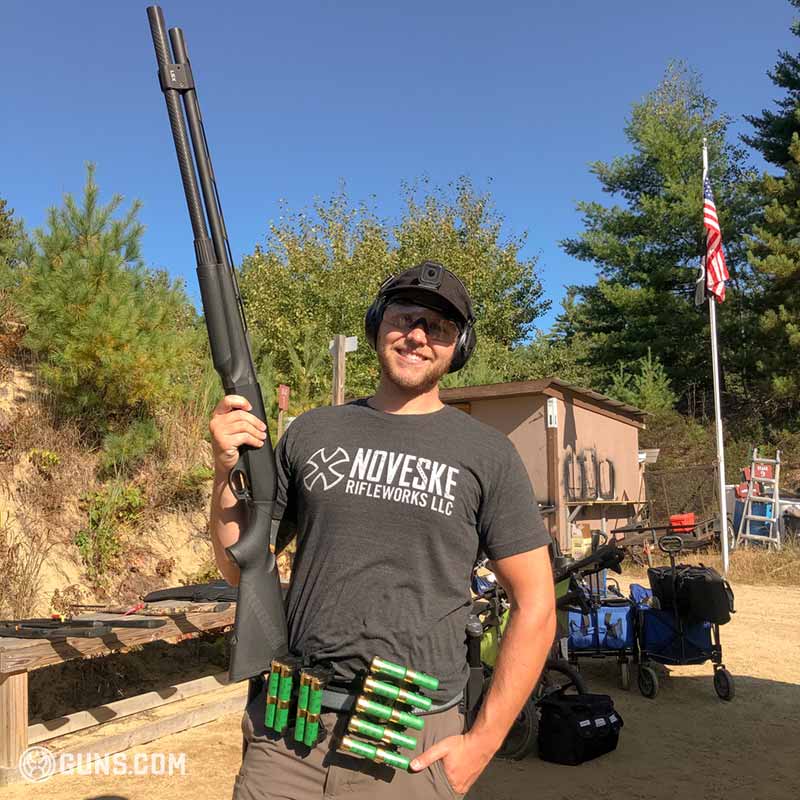 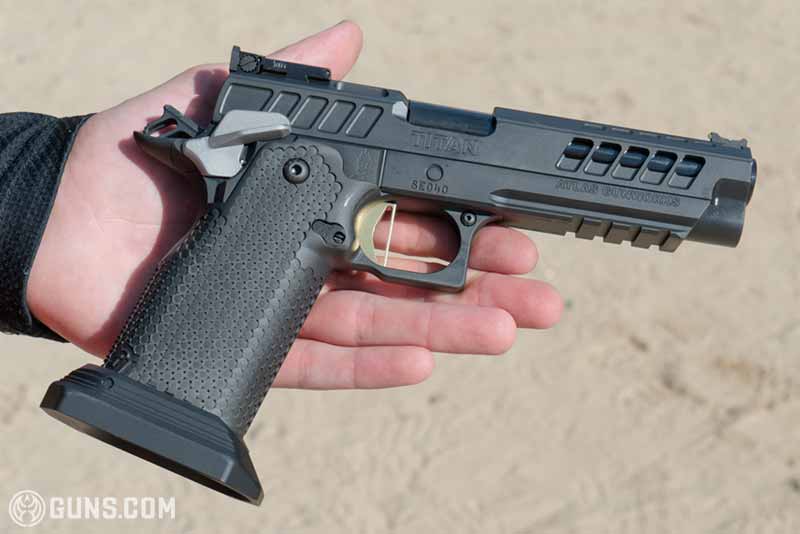 Atlas Gunworks donated a pistol which was raffled off to raise funds at The Great Nor’Easter. (Photo: Ben Philippi / Guns.com)