Modern Materiel is Making Waves in a Crowded AR-15 Market

In a sea of restrictions, both Savio and Alesso felt New Jersey consumers were getting the short end of the stick often relegated to “neutered versions” of big brand rifles. Savio brought his experience as a firearms instructor and consultant while Alesso’s Cerakote business and Federal Firearms License provided the ability to manufacture guns.  Modern Materiel was thus founded and focused on producing rifles with all the premium aspects of an expensive boutique build at a fraction of the cost. 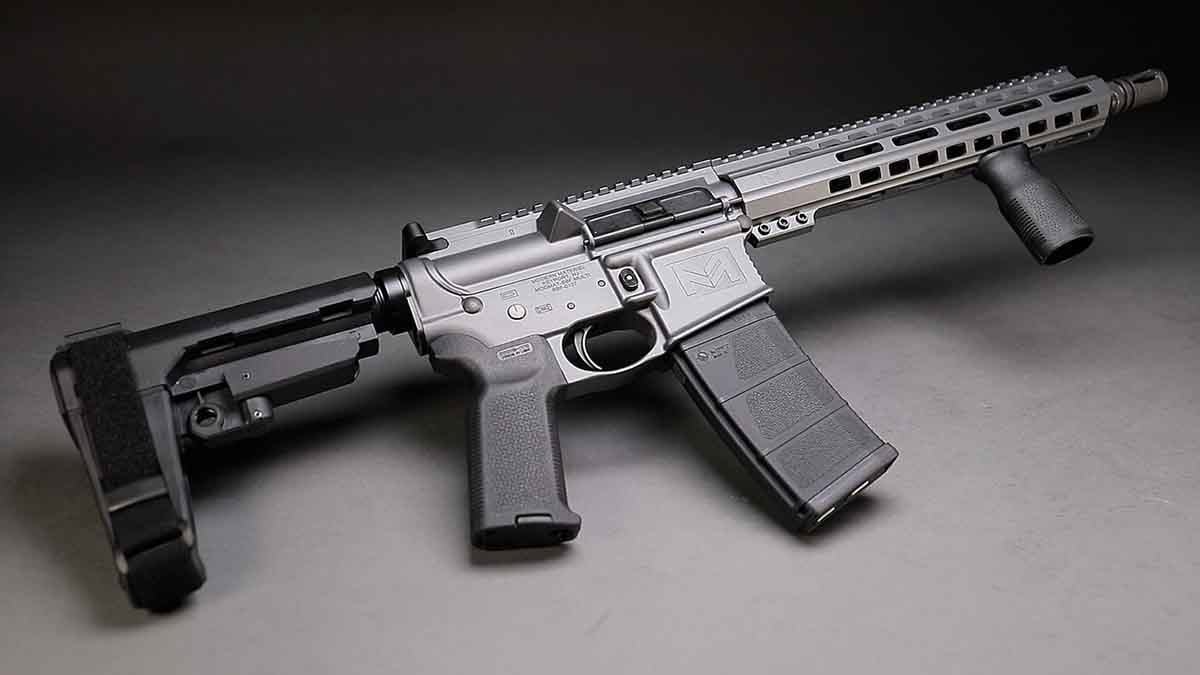 The Mod Mat SBF Multi is a quality built gun with an attractive appearance and price point (Photo: Don Summers/Guns.com)

Using a simplified approach to gun making,  a single gunsmith assembles the gun from start to finish, including test firing. A second gunsmith then inspects each gun for quality before packing and shipping. This single point of contact prevents quality issues while keeping returns and malfunctions low. This, in turn, ensures customer satisfaction.

Not only efficient, this is the closest you will get to a custom gun in a production environment. Modern Materiel has worked tirelessly to bring 100-percent American made rifles to New Jersey clients with parts sourced domestically.

As a small company means they are also hyper-focused on delivering unparalleled customer service which has earned them spots on law enforcement patrol squads and special operations teams in New Jersey. Additionally, they offer a “No Gun Down” policy. If any rifles should get tied up in an investigation, they offer a replacement.

A quality build mixed with great customer service is a recipe for success and Modern Materiel isn’t slowing down anytime soon. We’re going to have more reviews of the company’s ARs in the upcoming weeks. Stay tuned to Guns.com for full reviews and to see these rifles in action.