SEALs Used it, Why the Sig 226 TACOPS Remains Elite

The Sig Sauer 226 is an iconic pistol that has served in militaries and law enforcement units across the world.

In the 1980s the 226 was adopted by the U.S. Navy SEALs, earning it the Mk25 designation. When Sig released the pistol to the public, they called it the TACOPS model. Available in .40 S&W, 9mm, and .357 SIG, the TACOPS sports a large, double-stack design with a 20-round capacity making it ideal for home defense or as a duty gun.

A longer jacket or the proverbial Hawaiian shirt opens this pistol up to concealment; though it’s more suited for outside-the-waistband carry. 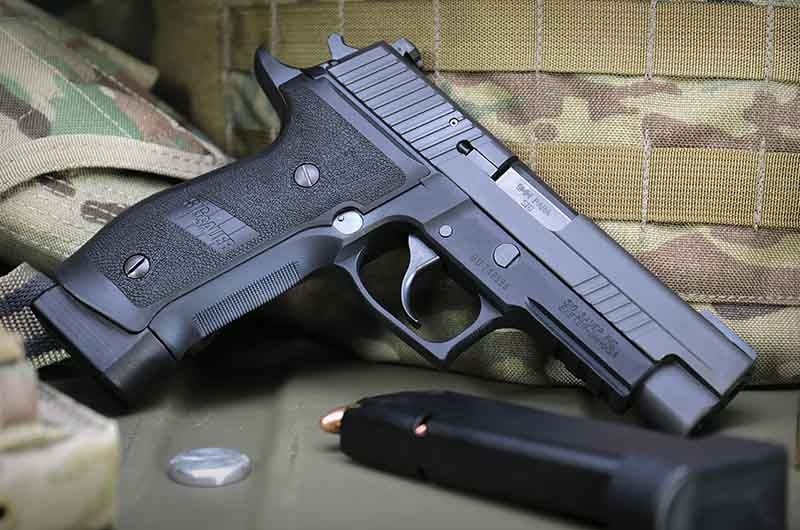 The Sig 226 was adopted by the U.S. Navy SEALs as the MK25 but has since been supplemented Glock 19 (Photo: Don Summers/Guns.com)

Normally I’m not a huge fan of extended beavertails, especially for carry, but this one won me over with its ergonomics. Its build allows for a nice, high grip on the gun offering more control. The beavertail also helps guide the hand to the right spot for a good draw.

While I’ve never had an issue with slide bite on other models of the Sig 226, this beavertail ensures that I won’t be getting any with the TACOPS either. 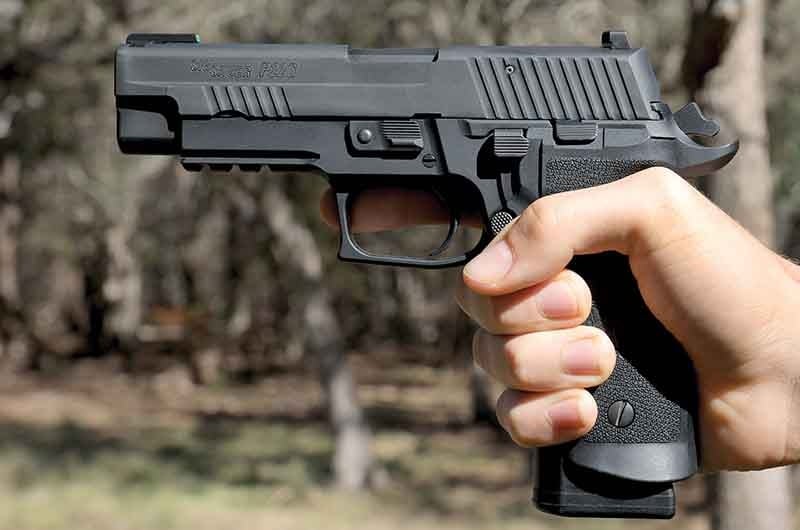 This gun has the perfect fit for my hand (Photo: Don Summers/Guns.com)

Ergonomics don’t stop with that beavertail, though. The TACOPS is laid out for easy use. I accessed and actuated all controls on this gun — whether it’s the decocker or the mag release – without significant movement of my hands. Speaking of mag releases and mags, the TACOPS comes with four 20-round mags standard. How’s that for firepower?

Sights are another feature the TACOPS model has going for it. Equipped with a TRUGLO front sight and SIGLITE rear sights, they are easy to see and make placing accurate shots a cinch… even if you’re not a Navy SEAL. If tech is more your speed, Sig has you covered there too with the option of an integrated rail for lights and lasers.

Rounding out the notable features, the TACOPS model is available with a threaded barrel; so run that can if you want.

This pistol is easy to get on target due to the sights, but it stays on target in part because of a little felt recoil. Having a gun with less recoil means less the shooter has to manage when it comes to getting the gun back on target for follow-up shots.

Also, Sig has outfitted the gun with the Sig Short Reset Trigger. The SRT grants quick follow up shots when rapid shooting. Sig claims that this trigger is 60-percent faster to reset and when putting multiple rounds downrange, it feels as such. We checked the trigger on a trigger gauge and its roughly 8.5-to-9-pounds on DA mode and SA mode produced roughly a 2.5-pound trigger pull. 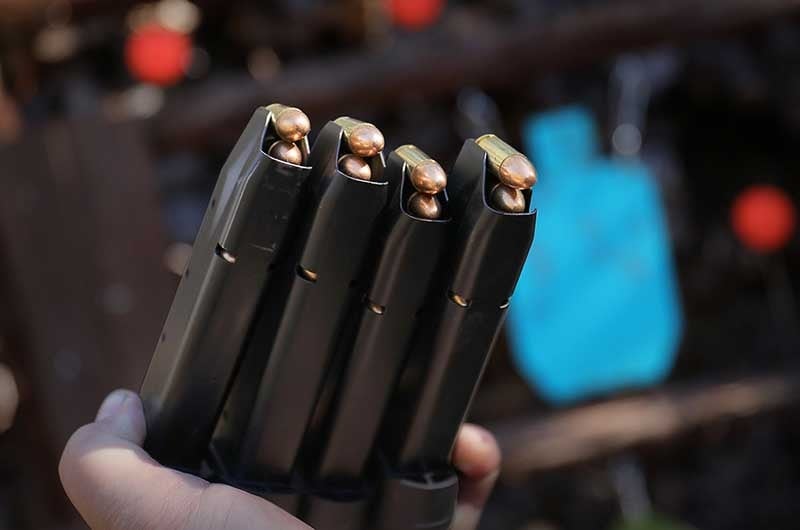 20-round mags come standard with the TACOPS (Photo: Don Summers/Guns.com)

The TACOPS has quickly become a “go-to handgun” due to its reliability. With thousands of rounds through this gun, I can’t recall a single failure. Given its designation as a sidearm to elite fighting forces and the reputation of Sig, this should come as no surprise.

The Sig 226 TACOPS is a great pistol for anyone looking for a more full-sized handgun for home defense, competition or even concealed carry. While it is a bit pricey, with real-world prices coming in over $1,000 for a new model, it comes with peace of mind. This is an elite pistol designed for adverse conditions and if it’s good enough for the Navy SEALs then it’s good enough for nearly any other defensive situation.

You can find any flavor of Sig 226 on Guns.com along with the TACOPS model featured here.