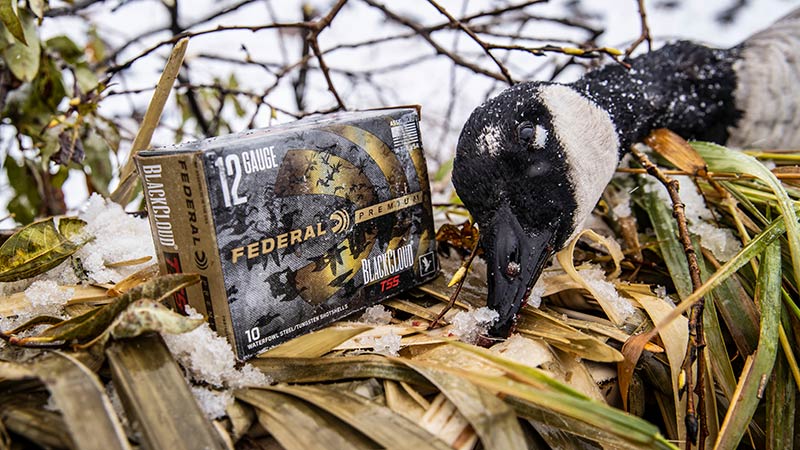 TSS shot is advertised as maintaining velocity farther, hitting harder, and penetrating deeper than any waterfowl payload ever has. (Photo: Federal Premium)

Federal Premium proved the devastating knockdown power of Tungsten Super Shot by packing the tiny, dense shot into .410 shotgun rounds and claiming trophy tom turkeys at distance. Transferring that technology into the bigger bores of both 12-and 20-gauge shotgun shells is almost an unfair advantage for waterfowl hunters…almost.

What is Black Cloud TSS

Turkey hunters have been embracing Federal Premium TSS shot for several years now, with many other companies now making use of the tungsten advantage over steel; however, Federal has parlayed that advantage into the waterfowl market. While several 12-gauge options were introduced last year, 2020 marks the first announcement of Black Cloud TSS 20-gauge.

What makes TSS unique is its design which is 56-percent denser than lead with more density than steel, according to Federal. “TSS pellets maintain velocity farther, hit harder, maintain their shape better and penetrate deeper than any waterfowl payload ever has,” the company said in a news release. There’s also a lead-free Catalyst primer and fast-burning powder for cleaner performance. 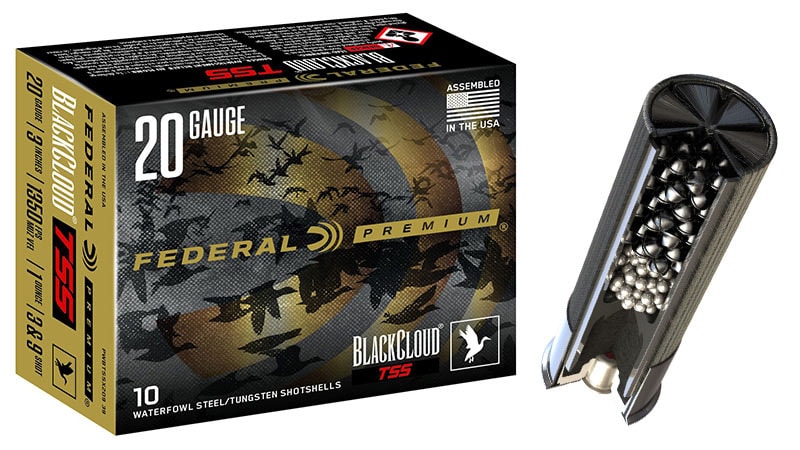 These loads blend 40-percent FliteStopper Steel with 60-percent Tungsten Super Shot and the new Black Cloud is loaded with 18 g/cc Tungsten Super Shot instead of straight steel. The hot shot mix is packed into the company’s proprietary FliteControl Flex wad which opens from the rear rather than the front for a more controlled release, and theoretically, greater shooting distance and tighter patterns. While some specialty waterfowl loads on the market dictate which brand or type of choke to use for the best patterns, Federal’s FliteControl Flex wad works well with all types and port-styles of chokes.

The initial run of Black Cloud TSS is still fairly limited, but there’s more than enough to claim high-flying fowl. There are two choices in 12-gauge, three-inch shells. One blends #7 TSS and #3 Steel, while the other mates #7 TSS with BB Steel, both moving at 1,450 feet-per-second. Meanwhile, the 20-gauge round blends #9 TSS with #3 Steel, making the twenty a legit contender for serious waterfowling. 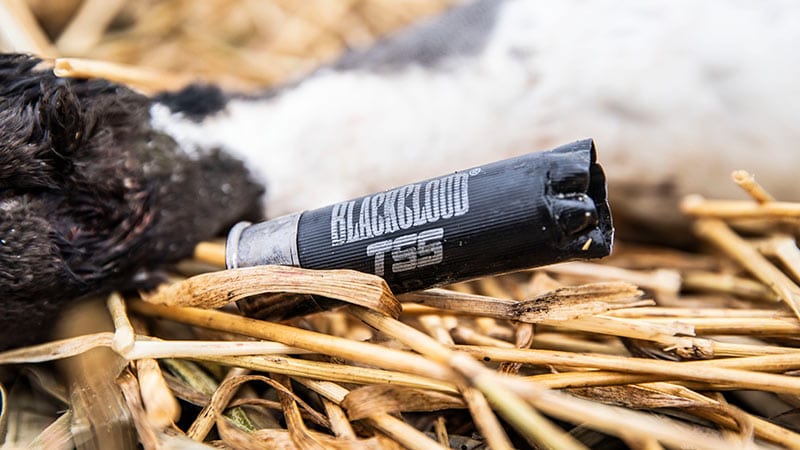 Duck and goose hunters will have to open their pocketbooks to launch the new rounds, with GDC selling 10 round boxes for $30.99. For those willing to drop a bit of cash to maximize performance, Black Cloud TSS will return the investment in cleanly downed ducks and geese. Of course, that’s no excuse to skip the patterning board, but that’s where the rounds really show off their ability. The 20-gauge Black Cloud TSS have proven themselves on the board with an advertised effective range to 50-yards, while the 12-gauge hold tight patterns to 60-yards.