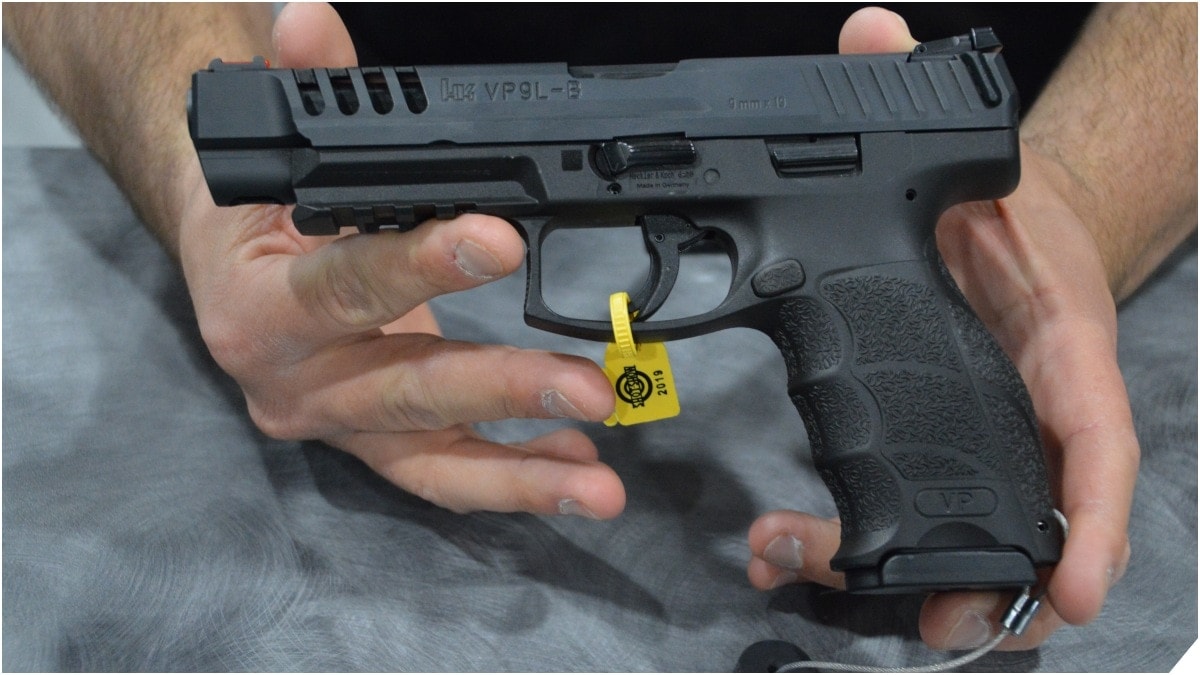 Democrats squeaked into control of the Virginia state Senate last Fall and with the start of the 2020 session have lost no time in moving forward on anti-gun bills. (Photo: Chris Eger/Guns.com)

In a party-line vote by the Democrat-controlled Senate Judiciary Committee this week, measures to mandate background checks for private gun transfers, make it easier for police to seize guns, ration handgun purchases to one per month, and allow cities and towns to pass their own local gun restrictions.

“The Virginia Senate Judiciary Committee met today and wasted no time in passing gun control bills as their first order of business,” noted the NRA in a statement.

The measures, as outlined by the pro-gun group:

Senate Bill 35 will destroy Virginia’s firearm preemption laws by allowing localities to create new “gun-free zones” in and around public buildings and parks. Criminals will ignore these restrictions, leaving law-abiding citizens unable to defend themselves and their loved ones.

Senate Bill 69, commonly referred to as “one-gun-a-month,” would impose an arbitrary one gun limit on an individual’s right to lawfully purchase a handgun within 30 days.

Senate Bill 70 would ban many sales and transfers between private individuals without first paying fees and obtaining government permission. Firearm sales between friends, neighbors, or fellow hunters, would not be exempted. Transfers between family members are also likely to be banned based on the vague wording of the proposed legislation. This proposal would have no impact on crime and is completely unenforceable.

Senate Bill 240 looks to create so-called “Red Flag” gun confiscation orders. This bill will take your constitutionally-guaranteed rights and throw them out the window with insufficient due process in place.

The legislation, approved to the applause of national gun control organs such as the Brady Campaign and Giffords– the latter of which seems to have already prepared their victory statement last Friday– has been championed by Gov. Ralph Northam and Virginia Attorney General Mark Herring.

In one bright spot for pro-gun advocates, SB 16, a sweeping ban on most semi-auto firearms coupled with regulation of their magazines, was withdrawn by its sponsor. However, a similar bill still exists in the state House of Delegates.

Importantly, the same Senate committee in past sessions, when controlled by Republicans, scuttled gun control proposals from both the Northam and fellow Democrat, Gov. Terry McAuliffe. Now, with the polarity of the state legislature tilted to single-party control with the help of $2.5 million from gun control groups, such roadblocks are removed.

In the intervening three months since last fall’s election results, Virginia has been swept with a wave of Second Amendment sanctuary resolutions with local governments pledging not to support potential new gun laws. Regional groups, such as the Virginia Citizens Defense League, have been influential in the grassroots process and plan a rally at the Statehouse on Jan. 20.

“The gun-control bills that passed out of committee will now head to the Senate Floor to be voted on in a few days,” noted VCDL, who stressed that “several thousand gun owners turned out” this week to protest the legislation. “Elections have consequences and we are in a real fight to protect our rights.”

In a show of industry support for gun rights, Magpul airlifted 1,000 PMAG magazines to the Commonwealth to be given away on Monday in conjunction with the Second Amendment groups.

EMERGENCY AIRLIFT: @Magpul_HQ sent us 1,000 30 Round PMAGs to hand out tomorrow in Richmond to NRA members who show up to fight Northam’s extreme gun ban!

We’ll see everyone TOMORROW at the General Assembly Building in Senate Sub-Committee Room #1 on the 5th Floor at 8am! #valeg pic.twitter.com/wovch0bTuU