Czech gun company Laugo Arms has announced they will have their flagship Alien competition pistol in the U.S. in 2020.

The innovative-looking handgun, with a mug much like the Xenomorph extraterrestrial in Ridley Scott’s Alien series, has been popping up on social media for the past couple of years. The Prague-based company announced its first run of 500 production guns at the 2019 IWA Outdoor Classics trade show in Nuremberg, Germany and just let the cat out of the bag they will be at SHOT Show this month with a big announcement. 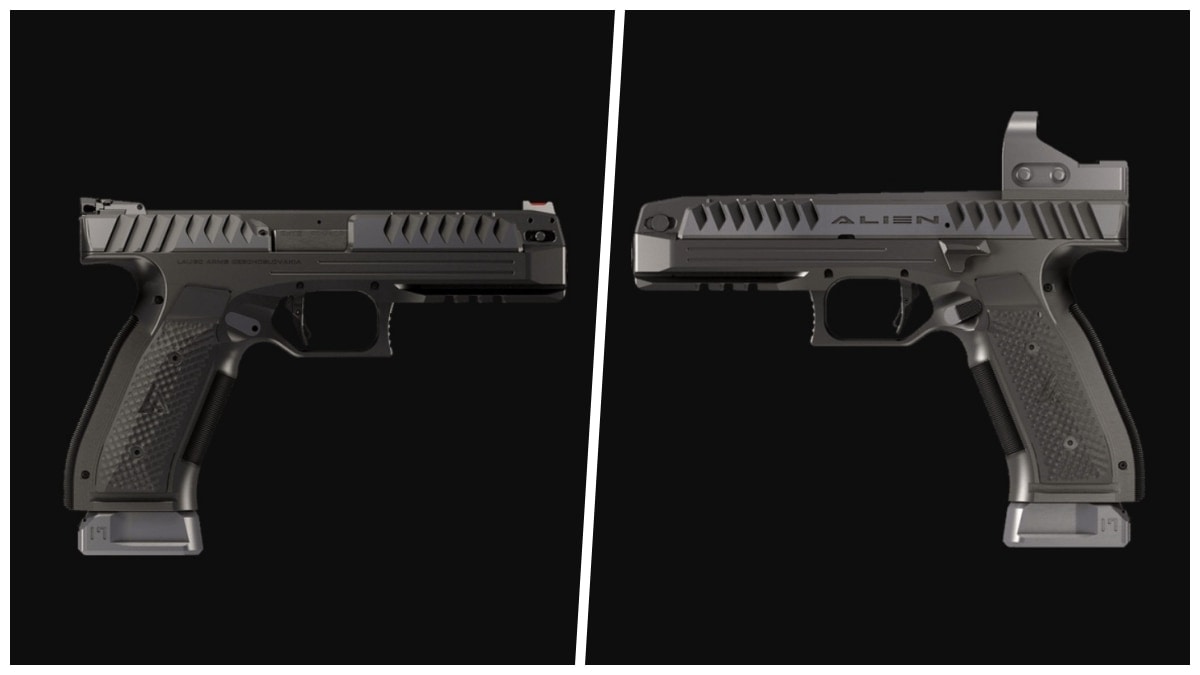 The Laugo Alien has an unmistakable profile along with a super-low bore axis and at least one of these traits is sure to make it popular with some shooters. (Photo: Laugo Arms)

The 9mm semi-auto has what is billed as the lowest bore axis available on a handgun, with the positioning of its fixed barrel some 1.7mm below the line of the grip axis. With an overall length of 8.2-inches, the Alien yields a 7.3-inch sight radius and 4.8-inch barrel length. With a standard 17+1 round capacity, the gun weighs in at 39.6-ounces with an empty magazine. 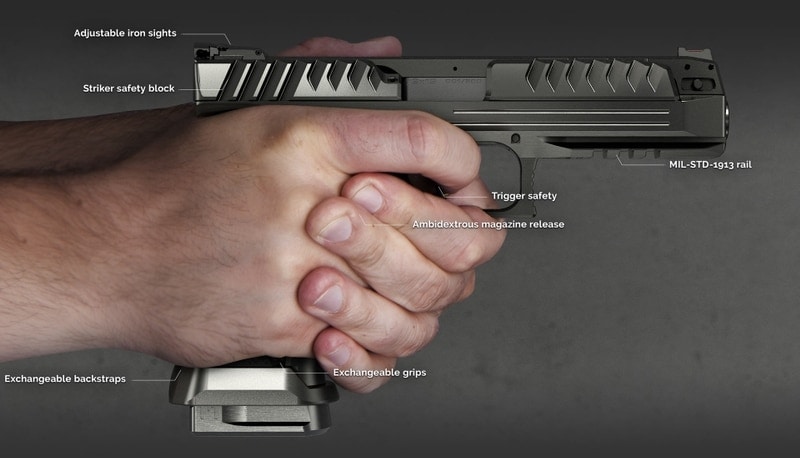 In March 2019, the International Practical Shooting Confederation entered the gun on their list of approved models in Production Divison events, proving it is not just a vaporware passion project from Central Europe.

Either way, we’ll bring you what we find out from SHOT Show, so watch this space.