Skulking about the Guns.com Vault, I happened upon a unique gun chambered in a unique round – the LimCat RazorCat. Shipping in .38 Super Comp, the LimCat brings an open class gun to those interested in hopping into USPSA style shooting.

Limcat comes courtesy of Johnny Limcat and his two sons who handcraft each and every gun. Parts are custom fitted to perfection with the RazorCat model no exception. Introduced a few years ago, the RazorCat model by LimCat offers an open class gun for competitive shooters stocked with upgrades.

SHOOT WITH A LIMCAT NOW! 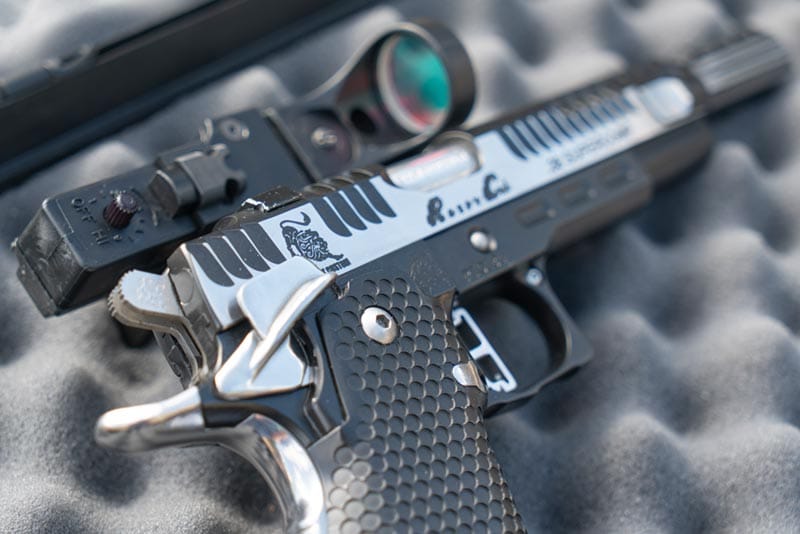 The LimCat RazorCat chambered in .38 Supercomp is an impressive competition gun.

The pistol comes chambered in .38 Super Comp – a popular round in competitive circles for its ability to accept a variety of powders for reloading. The model I tested was an older version of the RazorCat, and I could see that it hadn’t undergone heavy use.

The pistol sports SV Infinity Signature Series grips, a tactical micro pocket texture with reversible magazine button, Phoenix Trinity frame and a short and narrow dust cover. The pistol also opts for a sight mount, though it was bulky and a little odd. It does, however, get the job done and compliments the gun’s aesthetics. Included in the box, the LimCat RazorCat came with six STI Gen 1 magazines with Taran Tactical Innovation baseplates and a LimCat Open Class holster to get you on the range as soon as possible. 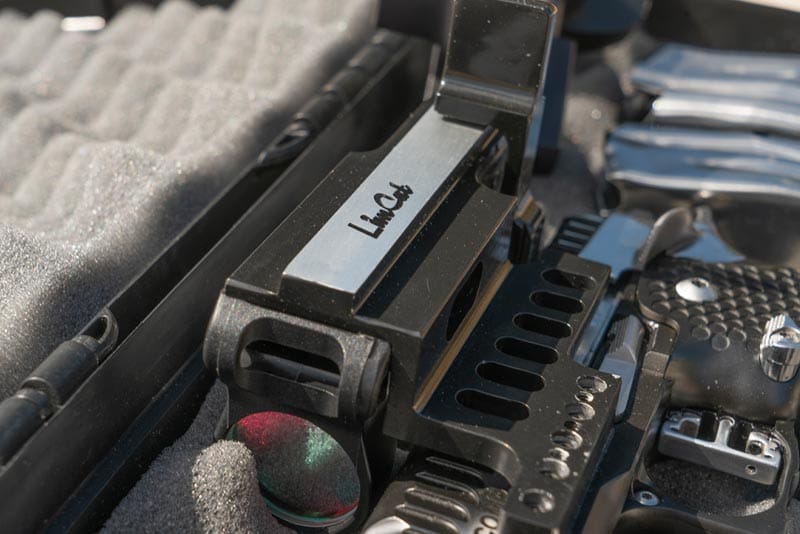 Speaking of heading to the range, I took the RazorCat out for a test run finding it to be a bit “punchy” in its shooting. In my experience on the competitive circuit, some open class guns feel more violent in their recoil and handling but that’s not the case with the RazorCat. This pistol offers a flatter shooting feel, keeping the dot on target. Its heftier weight also helps when transitioning from target to target. Trigger pull comes in at around 1.5-pounds. 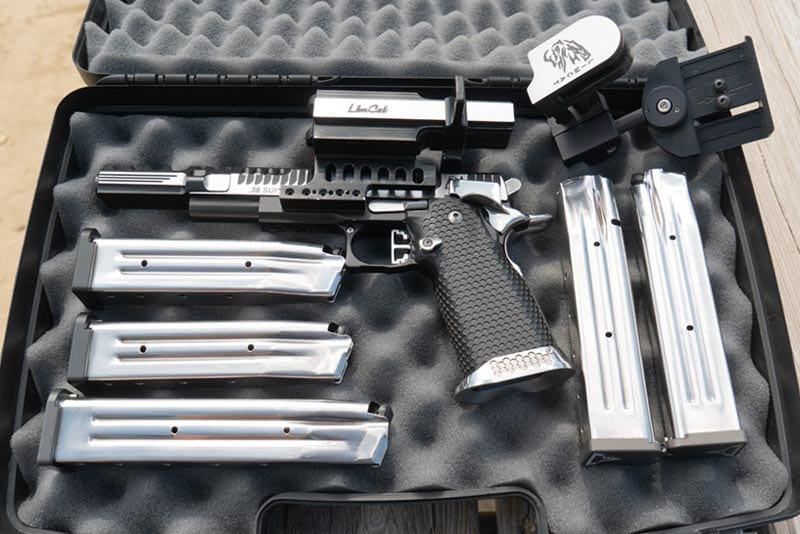 The LimCat RazorCat comes with an Open Class holster and six magazines.

All in all, the LimCat RazorCat proves addictive to shoot! If you’ve been on the hunt for a used open gun, the RazorCat offers a full setup to get you out on the range for some USPSA fun. Priced around $4,000, the RazorCat is on the pricey side but it’s worth it for peace of mind.

Check out the LimCat and other great competition guns at Guns.com.

SHOOT WITH A LIMCAT NOW!