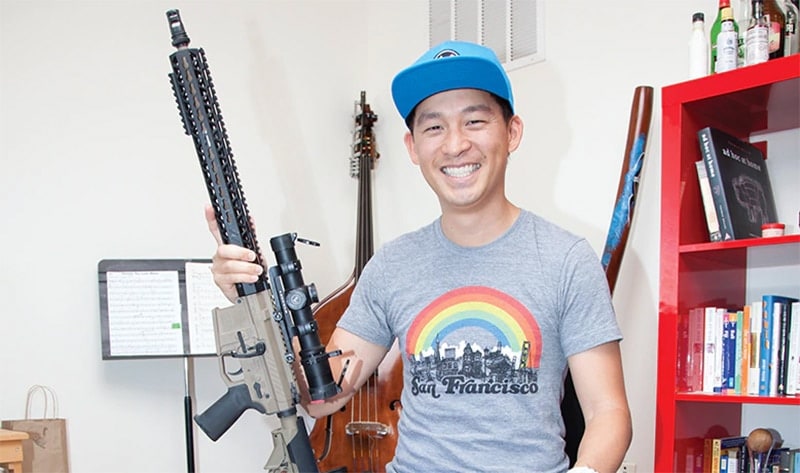 Operation Blazing Swords/Pink Pistols adds a new face to its Board of Directors, welcoming Chris Cheng as its latest member.

Cheng is known for his winning appearance on the History Channel’s “Top Shot” Season 4 where he took first place, leaving with a $100,000 cash prize and the title of Top Shot. Cheng’s success continued as a professional marksman for Bass Pro Shops in the 3-Gun competition arena.

“I am excited to bring my technology and business background to Operation Blazing Sword. The next chapter of queer rights has begun with more of our community realizing that the Second Amendment is a way for marginalized communities to protect ourselves from harm,” Cheng said in a press release.

Cheng’s appointment was met with enthusiasm by Operation Blazing Sword President Erin Palette who said that Cheng’s long-time support and advocacy of the LGBTQ community made him an obvious choice for the position.

“I am beyond pleased to have such an accomplished individual as Mr. Cheng joining our Board. He is the living embodiment of the principle which I have promoted since the creation of Operation Blazing Sword: that the Second Amendment is for all Americans, regardless of age, race, gender, creed, or sexuality,” Palette said in a statement. “We all have the right to defend our lives in the safest, most effective manner possible, and I am eager to see how he helps champion that cause.”