More than 22,000 Attend Peaceful 2A Rally in Richmond Virginia 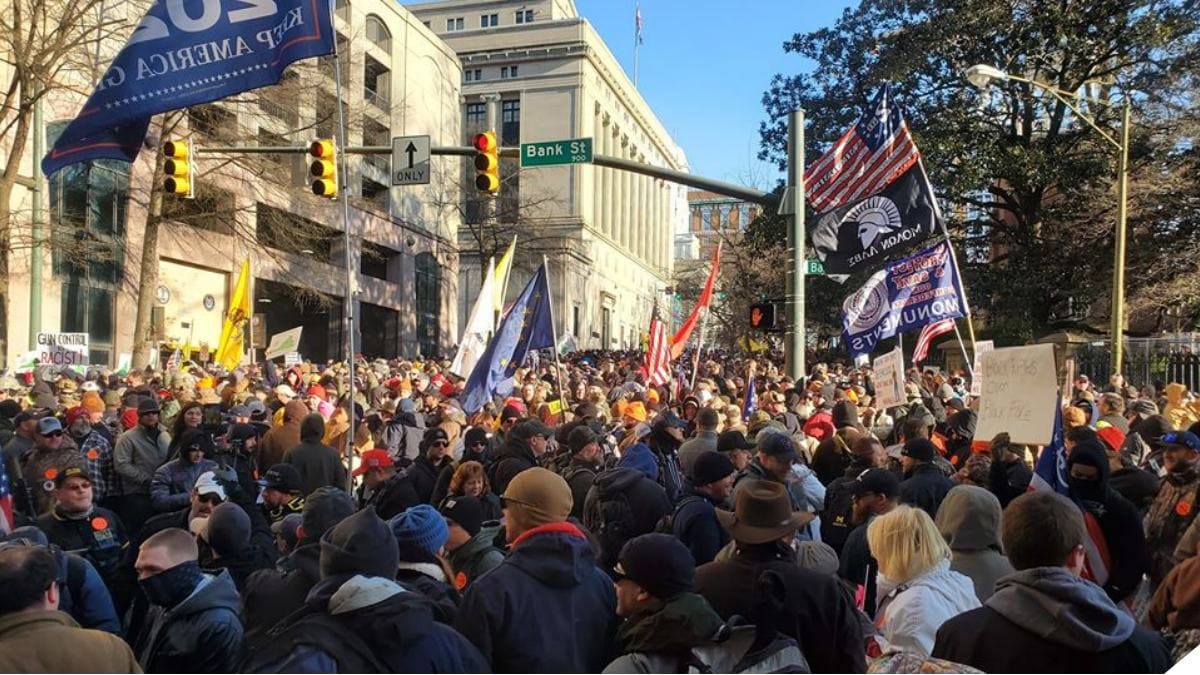 As part of a rally in conjunction with the annual Virginia Citizens Defense League lobby day in Richmond, tens of thousands filled the streets.

In all, Capitol Police estimate that some 22,000 gun owners and Second Amendment advocates of all stripes were on hand Monday around the state Capitol complex. Even those numbers were considered conservative as many reportedly were not able to get close enough to the historic downtown area to join the throng of those exercising their First Amendment right to protect their Second Amendment rights.

“Thanks to everyone who patiently waited to enter for today’s rallies & to lobby their legislators,” noted authorities. “Capitol Square & the surrounding area saw crowds of tens of thousands & only one arrest was made.”

There were no reports of injuries and the sole arrest was reportedly for a 21-year-old woman charged with wearing a mask in public– an obscure 1950s-era state law— more than an hour after the event ended.

“I cannot begin to say how absolutely great gun owners really are!” said Philip Van Cleave, VCDL president. “Not only was Lobby Day completely peaceful, had a massive turnout on a very cold, but beautiful day, but we even had support from gun owners across the country, some driving in from as far away as California. Buses from Texas, Connecticut (sponsored by the Connecticut Citizens Defense League), Florida, and many, many other states arrived, too.”

Mike from the Mr. GunsnGear channel was on-hand for Monday’s lobby day rally, passing out donated magazines, and has a report from the ground.

The reason for the high turn out is due to a raft of gun control legislation proposed by the state legislature– a body which recently switched polarity to single-party Democrat control with the help of millions from out of state anti-gun groups with deep pockets.

Three gun control bills were passed last week in the state Senate and another dozen are on tap in the House Public Safety Firearms subcommittee on Tuesday, as noted by the VCDL.