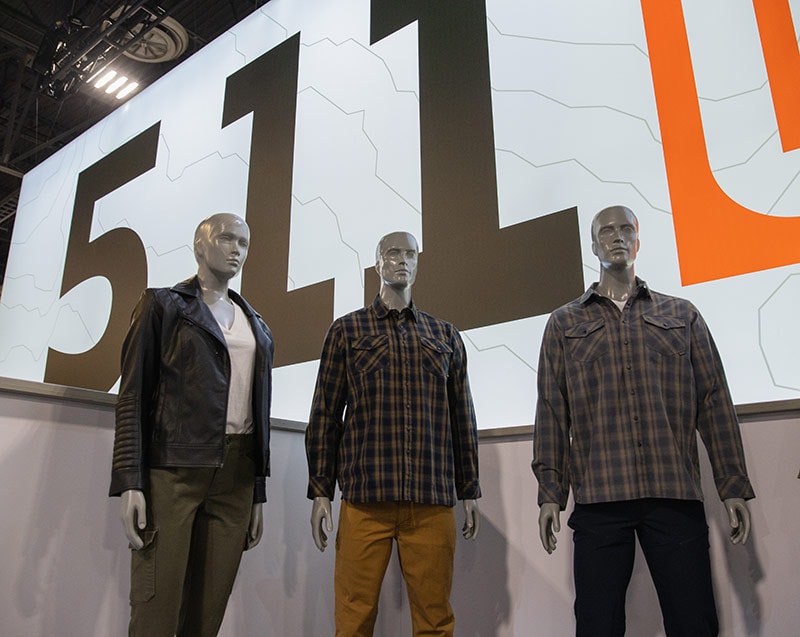 5.11 Tactical was on hand to show off its latest digs. (Photo: Jacki Billings/Guns.com)

5.11 Tactical showcased an array of new products at SHOT Show 2020, debuting everything from new apparel to vehicle-specific tactical gear.

As always there was plenty of apparel on hand for both men and women with the most notable additions to the lineup coming in the form of shoes. The A.T.L.A.S. Footwear collection, set to officially debut in Spring 2020, offers a comfortable yet durable design for wearers on the go. 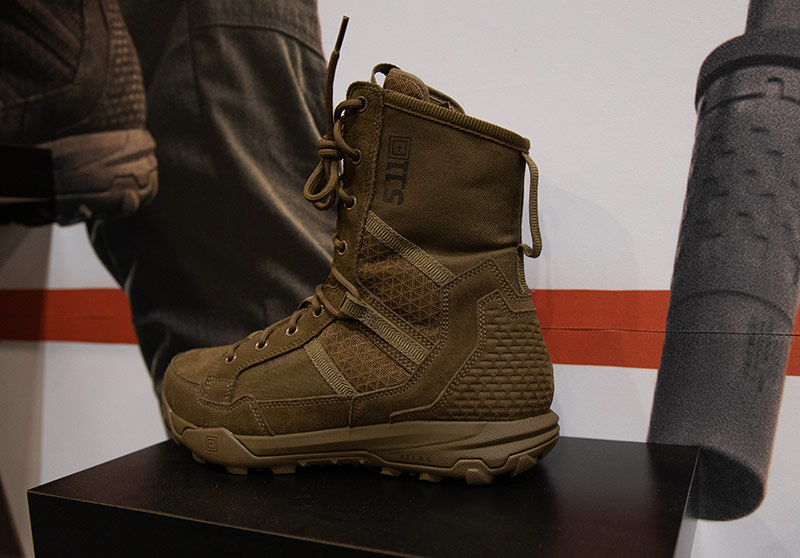 The A.T.L.A.S. footwear line is designed for wearers in search of comfort and durability.(Photo: Jacki Billings/Guns.com)

The All Terrain Load Assistance System is available in 8-inch and mid-heights and uses the Echo and Force foam midsole. This construction grants comfort and support to wearers toting heavy gear. Available in black and an FDE style, the A.T.L.A.S starts around $139.

In addition to shoes, 5.11 Tactical introduced new apparel into both its women’s and men’s lineup. New additions include a faux-leather jacket for women set to arrive in the fall as well as new pants for both range and streetwear. 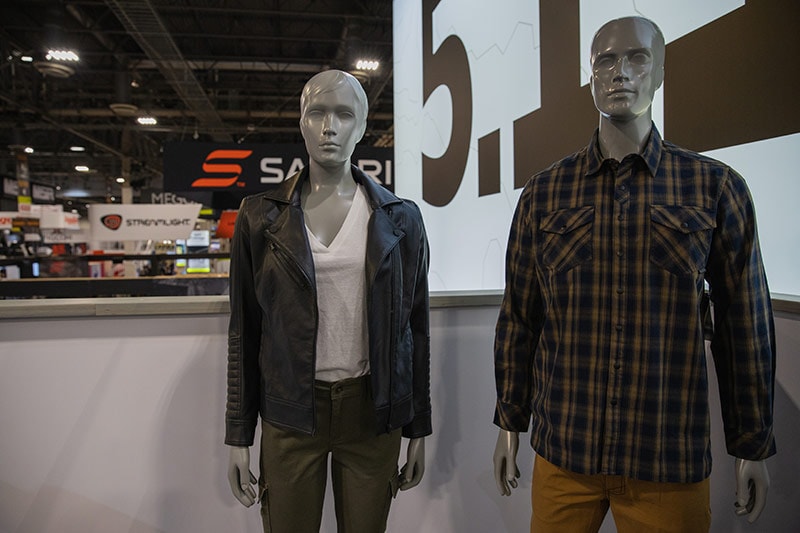 The ladies line sees the addition of a new faux-leather jacket that will launch in Fall 2020. MSRP is expected to be around $139. (Photo: Jacki Billings/Guns.com) 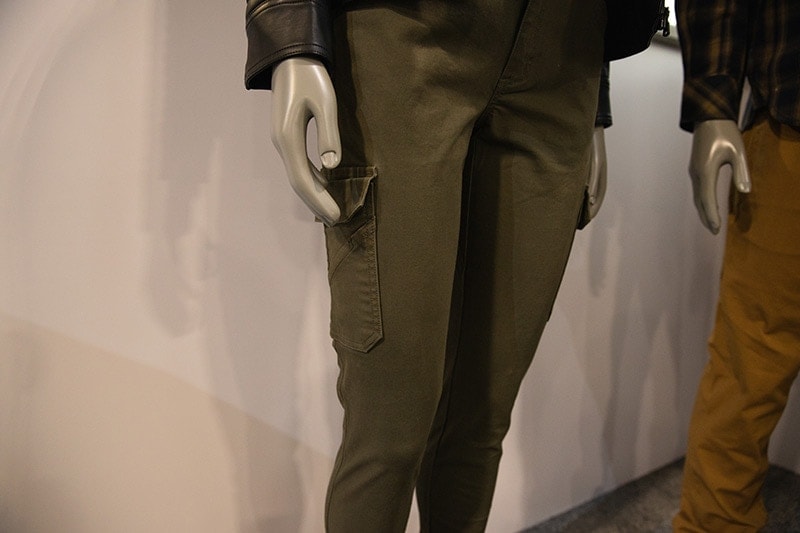 Men’s apparel gets a boost with a new undershirt designed to look like a traditional crew neck t-shirt; but, when revealed the shirt showcases two holsters for concealed carry. 5.11 Tactical said that many men have requested a more discreet carry shirt and pairing a t-shirt top with the mesh material on the mid-section marries fashion with functionality. 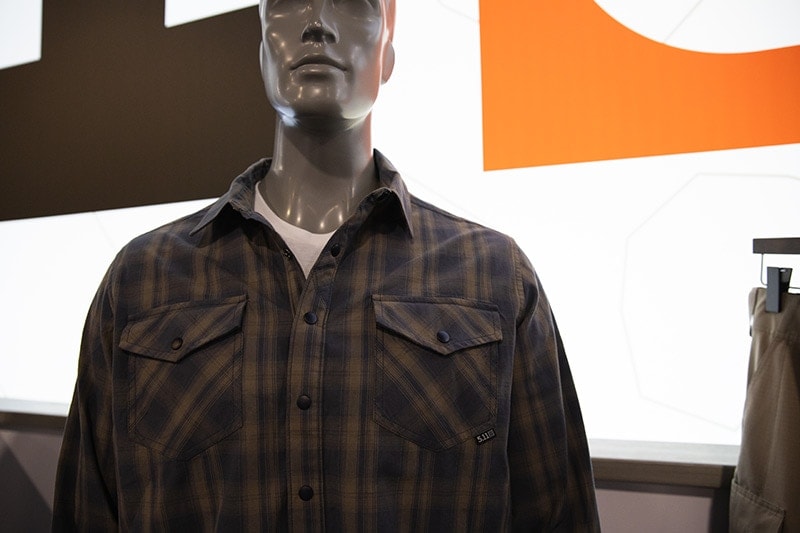 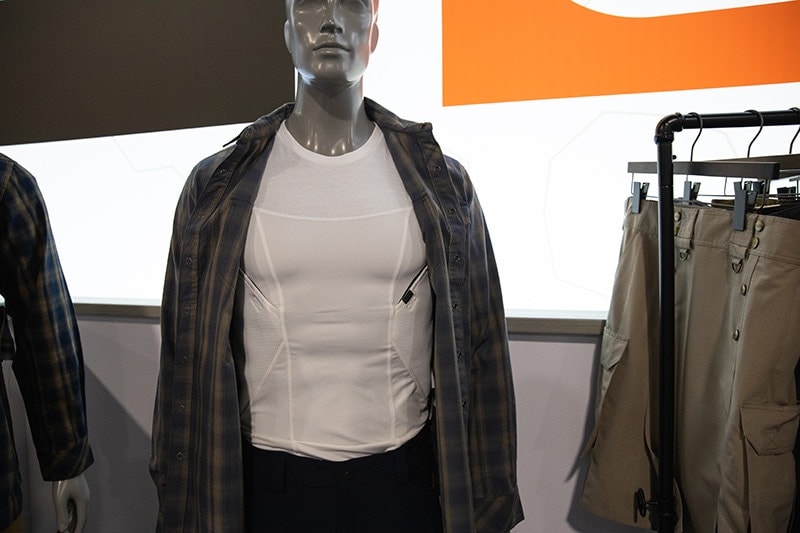 The undershirt is actually equipped with holsters for concealed carry but forgoes that tactical, mesh look up top in favor of a t-shirt aesthetic. (Photo: Jacki Billings/Guns.com) 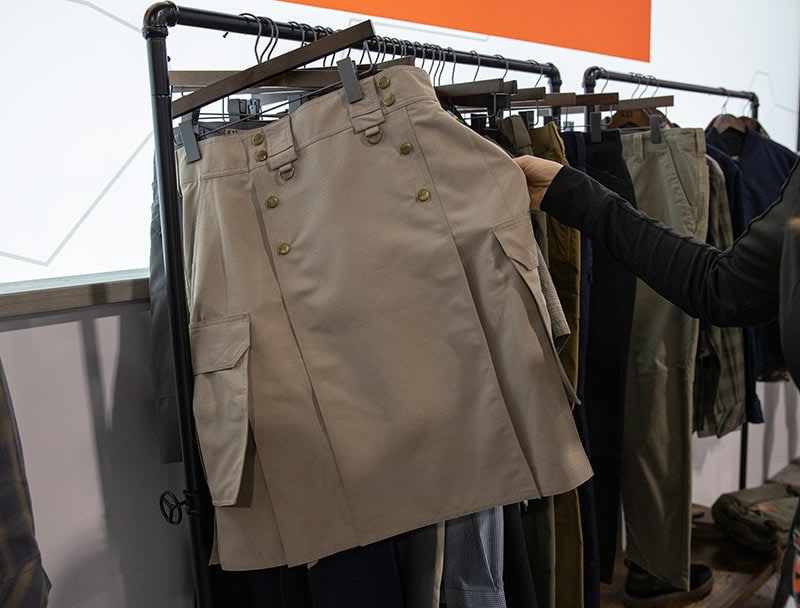 The tactical kilt is back for men! (Photo: Jacki Billings/Guns.com)

Apparel wasn’t the only side of the 5.11 Tactical house getting upgrades, the company also launched more vehicle ready tac gear. The Vehicle Ready Hexgrid Seat and Headrest Platform allows users to stow med kits, spare mags, tactical gear inside the car in a manner that is not only easy to reach but easy to grab. Using Hexgrid technology, passengers can remove what they need from just about any angle. Additionally, the system is designed so that it can be easily folded up and taken on the go should you need to transition into a new car. 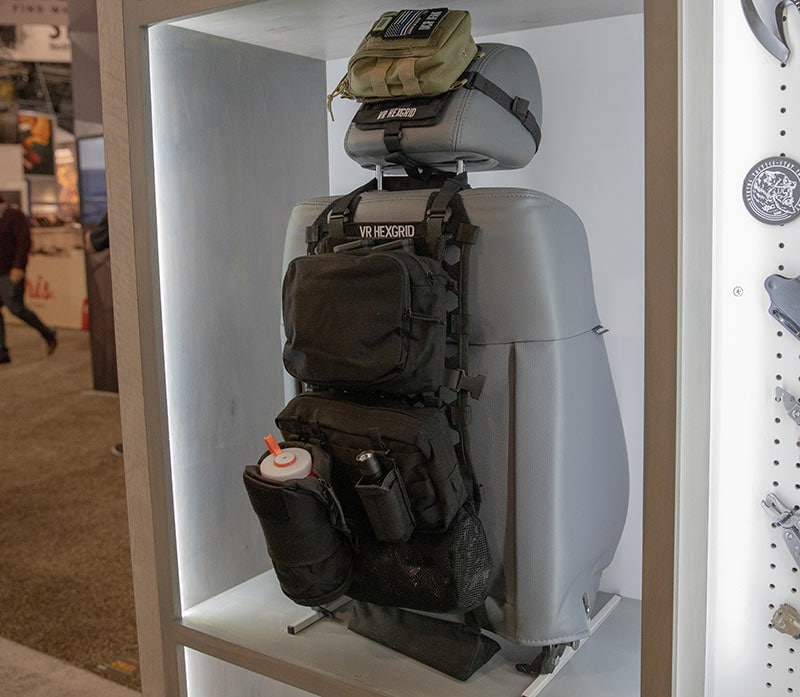 The Vehicle Ready Hexgrid Seat and Headrest Platform stows all your gear at the ready while you’re on the road. (Photo: Jacki Billings/Guns.com) 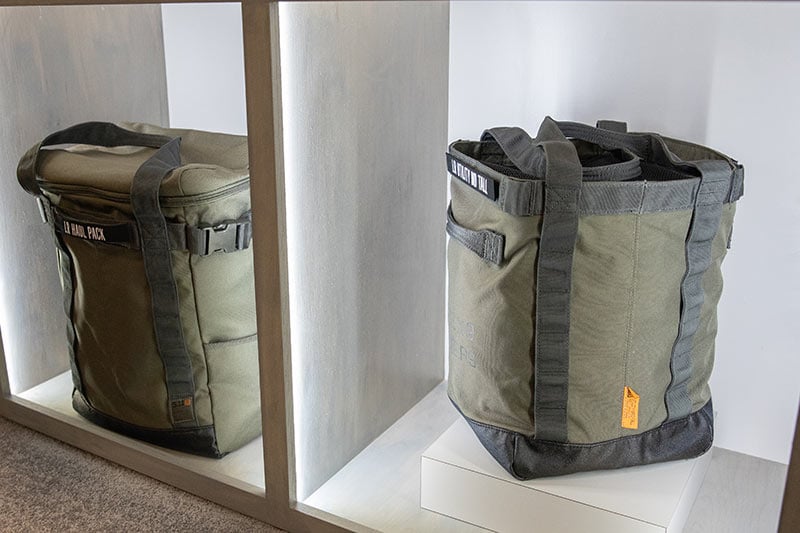 For its vehicle lineup, 5.11 Tactical offers large storage totes to carry all your necessary gear on the go. (Photo: Jacki Billings/Guns.com) 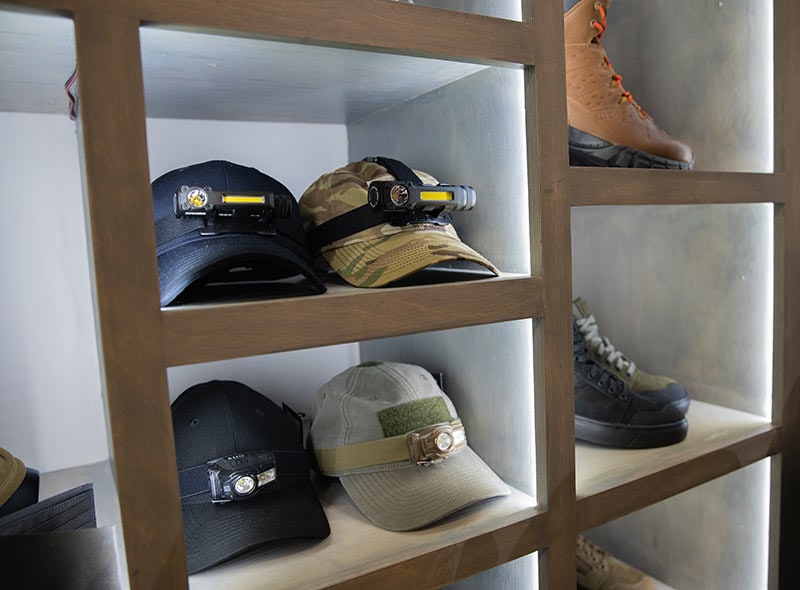