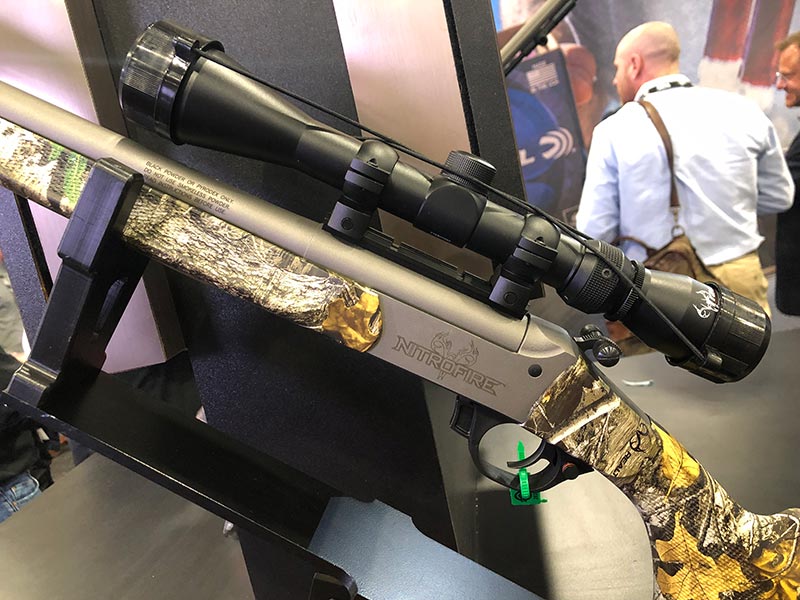 The new decade is already shaping up to be one of partnerships between outdoor industry companies. Federal and Traditions are the latest team-up with the two companies joining forces to introduce a whole new approach to muzzleloading. 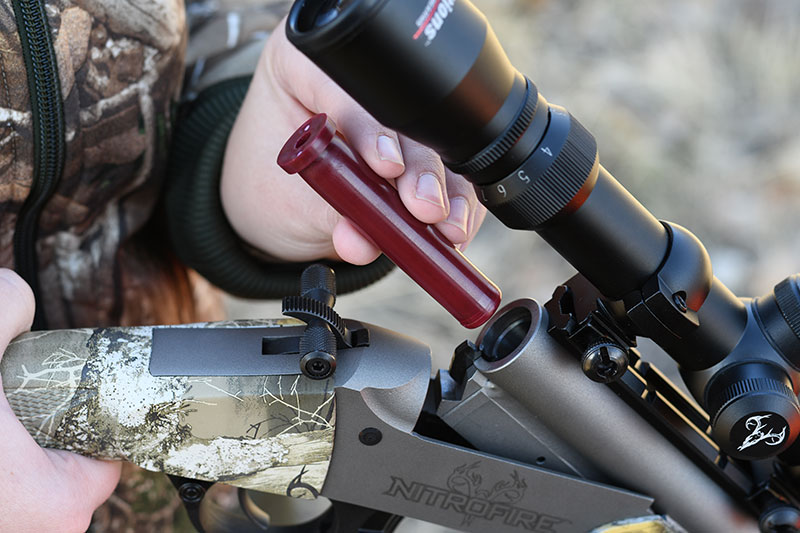 Federal’s patented and proprietary FireStick driver of this new ignition system encapsulates the propellant—Hodgdon Triple Eight granular powder–inside a polymer “shell” that charges the load much like a cartridge from the breech. The projectile itself will still be loaded from the muzzle, thus maintaining the legality, in most areas, of the traditional muzzleloading platform. Because the powder is enclosed, it is much more impervious to moisture, a bane of traditional muzzleloading loose powders or even pellets. Internal company testing has shown more consistent shot-to-shot accuracy by eliminating many of the environmental variables.

Because of the way it’s built, FireStick unloads quickly by slipping it out of the “chamber,” thus eliminating the need to discharge and clean the rifle after each hunt. Naturally, Federal Premium FireStick is optimized for use with their Trophy Copper or Lead Tipped muzzleloader bullets.

A 209 primer is inserted by the shooter into the end of the FireStick, thus charging the entire system. Federal recommends the use of their 209 Muzzleloading Primers, though standard 209’s are also advertised to work. Rather than removing the primer at the end of each hunt, the primer can remain in place while the hunter instead removes the entire FireStick. Federal Premium FireSticks will be available in either 100-grain or 120-grain options with an MSRP of $26.95 for 10-round packs. 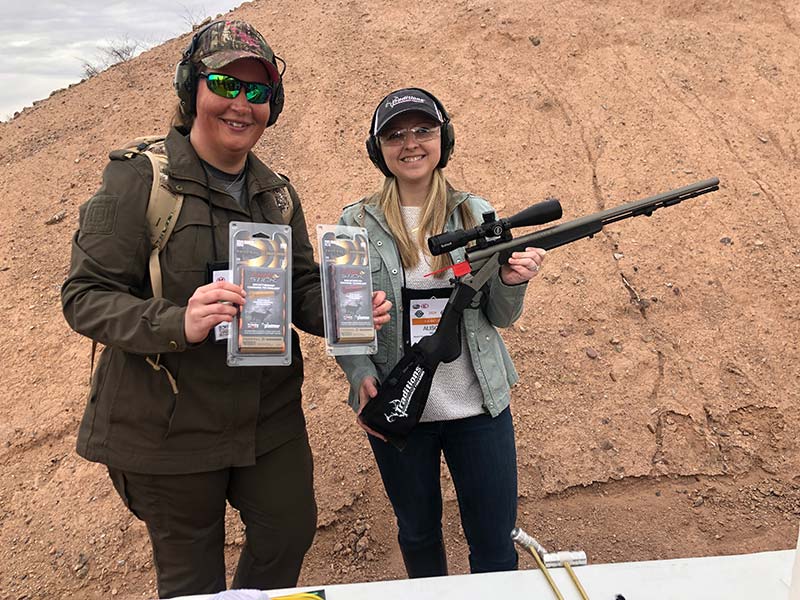 The advent of a new ignition system for muzzleloaders necessitates the design of a new rifle. Enter the Traditions NitroFire 50-caliber rifle. The breech of the NitroFire is designed specifically to accommodate the polymer FireStick charges. Because the bullet loads from the muzzle and must be primed by the shooter, the rifle is still technically a muzzleloader and does not require an FFL Form 4473.

The rifle’s barrel is essentially designed with a bullet shelf so that the projectile seats in the same spot each time. This eliminates a common problem with standard muzzleloaders whereby hastily rushed loading could result in crushed pelletized charges or improper bullet seating. Technically, the design offers greater safety, as it can quickly be unloaded by removing the FireStick – perfect for climbing into a treestand, crossing a fence or entering a vehicle. Because there’s no breech plug, the NitroFire is also easier to clean and maintain.

The initial launch at the 2020 SHOT Show is for a single model of the Traditions NitroFire, though the company is rumored to be working on several other rifles at various price points to accommodate a wider range of customers.

The NitroFire rifles and Federal Premium FireSticks will begin shipping in mid-2020 in time for the Fall hunting seasons.