Beretta answered the call of Bobcat fans searching for more color variety and threaded barrel options by introducing a new line of 21A Bobcat models.

Launched at SHOT Show, Beretta told Guns.com that the 21A Bobcat models were fresh from the manufacturer, so much so that pricing has not been set on the new wares. Color schemes now include Flat Dark Earth, silver and black Two-Tone, black with walnut grips, silver and blue with rosewood grips, and a dressed-up blue frame and pearl grips version. 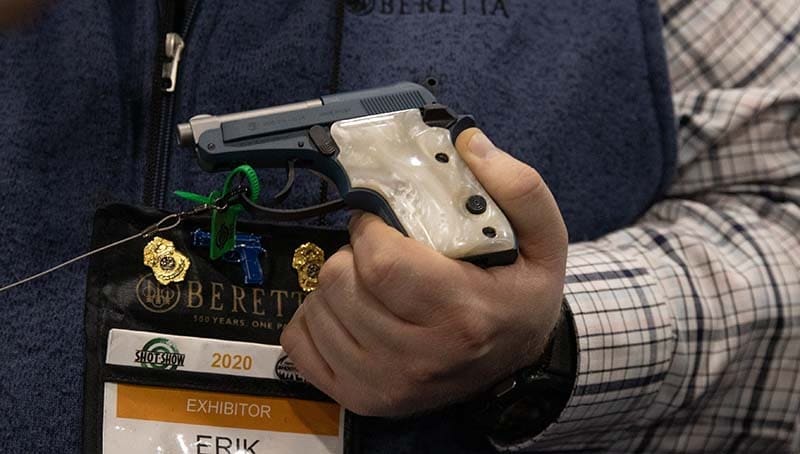 In addition to snazzy looks, the new 21A Bobcat models also offer 1/2×28 threaded barrels for suppressor fans. Beretta says the new Bobcats will be available mid- to late-2020.

Though the big pistol news from Beretta was all in the Bobcats, the company also offered expansions to its APX series.

Other perks include a black backstrap, no finger grooves on the grip, extended mag release, ambi slide stop, and a competition trigger. The APX Target also offers a slightly longer slide than the original APX bringing a longer sight radius to shooters. The APX Target is available now and is priced around $699. 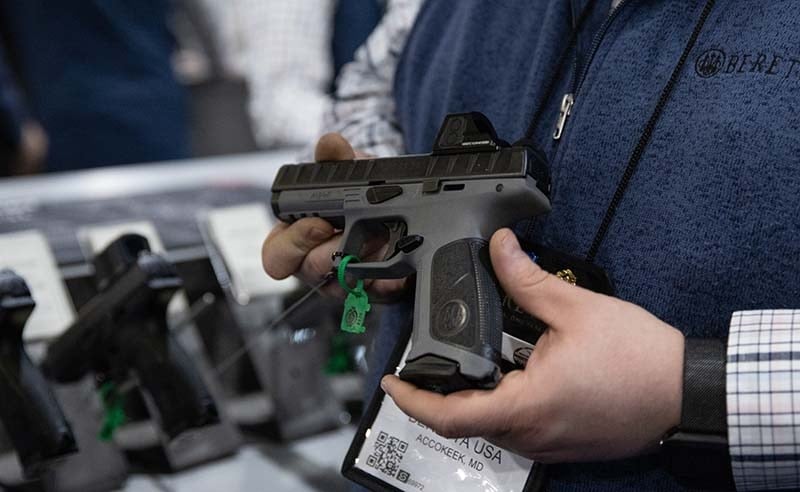 The APX series got some new additions. (Photo: Jacki Billings/Guns.com)

The APX Centurion Combat model was also on hand at the show delivering an optics ready design with 1/2x28mm threaded barrel. The APX Centurion provides a 4.2-inch barrel on a 7.47-inch overall length. Shipping now, Beretta says they are excited to offer a midsize, red dot variant on the Centurion name.

The APX Centurion Combat is priced at $579.