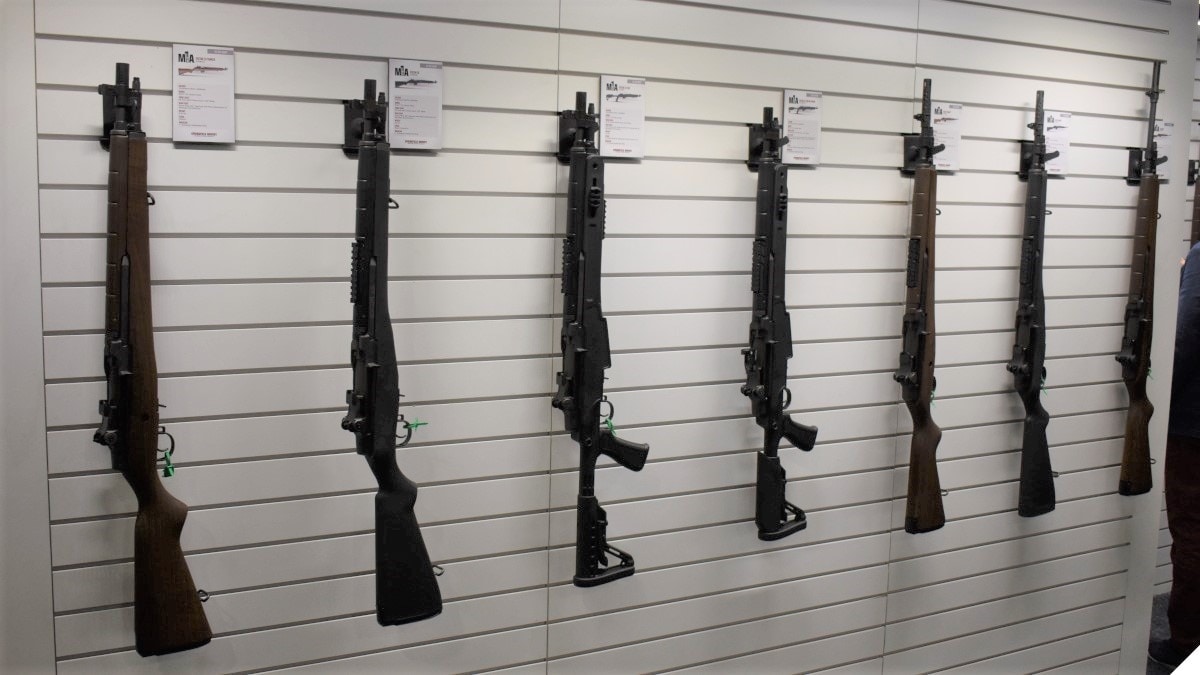 The Virginia House of Delegates Thursday passed seven Democratic-sponsored gun control bills only a week after thousands protested such measures.

The measures, which only cleared committee last week, were muscled through the body on a largely party-line vote after just over an hour of debate. The bills would impose handgun rationing, limit firearm transfers without background checks, establish a controversial “red flag” gun seizure mechanism, and allow local officials to restrict lawful gun possession in some circumstances.

Many of the bills have been DOA in past legislative sessions, but with Democrats narrowly seizing single-party control of state government last November, those past roadblocks have been removed.

“I’ve worked on this important issue for a long time, and I am thrilled that we have taken this major step forward to fulfill our promise on gun safety reform,” said House Democratic Caucus Chair Rip Sullivan in a statement.

The seven bills approved by the Virginia House, as reported by the National Rifle Association’s Institute for Legislative Action:

House Bill 2 passed by a vote of 54-46. It criminalizes private transfers of firearms without first paying fees, with limited exceptions. Most transfers between friends, neighbors, or fellow hunters are not exempted. These proposals would have no impact on crime and are completely unenforceable.

House Bill 9 passed by a vote of 55-44. It victimizes gun owners who suffer loss or theft of their property with a fine if they don’t report a lost or stolen firearm within 24 hours of discovering them missing.

House Bill 421 passed by a vote of 50-48. It allows local governments to enact their own gun control ordinances, potentially resulting in a patchwork of laws and the Second Amendment not being protected across the state.

House Bill 1083 passed by a vote of 54-46. It severely restricts parental decisions about firearms in the home while attaching excessive penalties for violations.

House Bill 674 passed by a vote of 52-46. It allows the seizure of an individual’s firearms on baseless accusations without a hearing or other opportunity for the person to be heard in court. It permits the government to seize firearms based on weak evidence and nebulous standards of evidence.

A person subject to a suspension of a Constitutional right should be entitled to high evidentiary standards, an opportunity to be heard, and the right to face his or her accusers. Civil liberties advocates from across the political spectrum have expressed concerns on these “red flag” bills and how the procedure might lead to abuses of the process because of insufficient due process protections in the bill.

House Bill 812 passed by a vote of 53-47. It arbitrarily rations an individual’s right to lawfully purchase a handgun to once within 30 days.

Democrats managed to sway enough votes last Fall in a blue wave fueled in part by over $2.5 million from groups associated with former New York Mayor Michael Bloomberg. Since then, the majority of counties across the Commonwealth have adopted Second Amendment Sanctuary resolutions vowing not to use local assets to enforce suspect new anti-gun laws.

Last Monday, crowds of at least 22,000 converged on the state capitol complex in Richmond to protest the pending legislation.

“Bloomberg politicians in the House of Delegates are out of control and running roughshod over our rights,” said Catherine Mortensen, NRA spokesperson. “The House of Delegates has rushed through a package of unvetted legislation that targets law-abiding Virginians. Bloomberg lawmakers are misrepresenting their gun control bills, shutting down debate, and displaying utter disdain for the fundamental rights of their constituents. Virginians deserve better.”

The measures approved this week now proceed to the state Senate while the House will weigh a trio of similar bills senators handed down to the body last week.

Gov. Ralph Northam, a Democrat who supports increased gun restrictions, hailed the progress of the legislation on social media.

The Virginia House of Delegates just passed 7 of our commonsense gun safety bills, including universal background checks and a 'red flag' law.

Make no mistake—these measures will save lives.