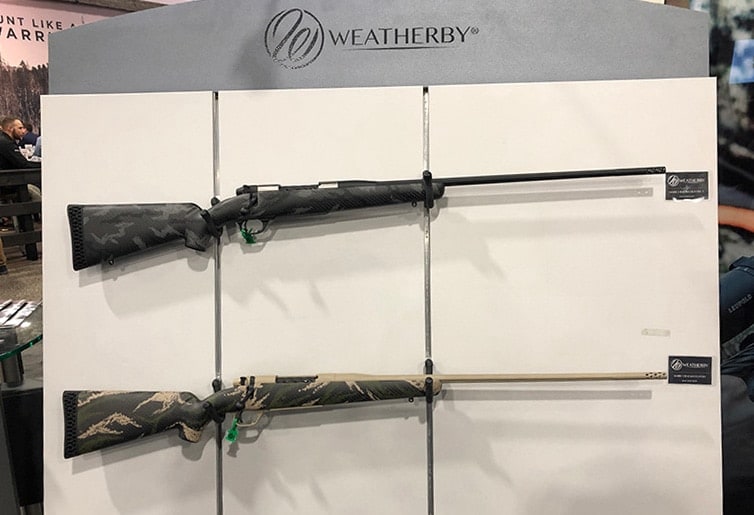 There’s no questioning that 2020 has been the year for ultralight bolt action rifle announcements. It seems almost every major manufacturer is trying to find ways to shave a pound here or there. The new Backcountry Ti rifle enters that arena as one of the lightest and most balanced rifles for the new year.

To achieve a weight just under 5-pounds, Weatherby uses carbon fiber and state-of-the-art design materials to reduce weight. “The goal was not to simply achieve the production of a 5-pound rifle. Instead, our team was able to break the 5-pound mark while delivering magnum performance in a firearm that doesn’t demand custom rifle pricing,” Weatherby said in a news release. 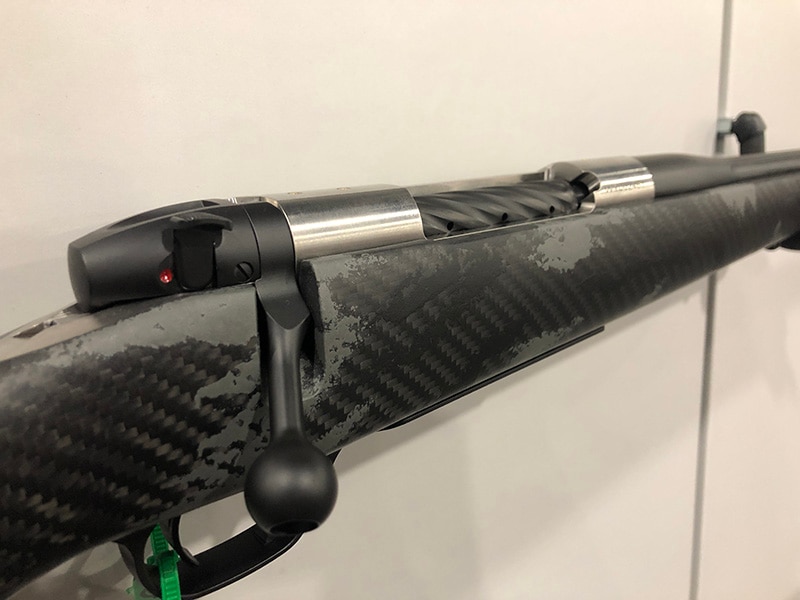 Detail of the titanium receiver and spiral fluted bolt which make the Mark V Backcountry Ti one of the lightest weight production bolt action rifles on the market today. (Photo: Kristin Alberts/Guns.com)

Building an ultralight rifle is one thing, but designing one that actually performs is another, and to that end, Weatherby loads the Backcountry with features hunters desire. There’s an externally adjustable TriggerTech trigger that helps drive the sub-MOA guarantee. Weatherby’s AccuBrake ST muzzle brake is touted to reduce recoil by up to 53% — a welcome feature in such a light platform firing magnum rounds.

The short 54-degree bolt throw means faster cycling and greater scope clearance. While many companies are using carbon fiber barrels, Weatherby’s Backcountry Ti goes carbon fiber instead with an AG Composites stock topped with Weatherby’s patent-pending 3DHex lattice-style butt pad for extra recoil reduction. Where the sub-5-pound Ti excels is with its Titanium receiver which is said to weigh 42% less than steel while maintaining excellent strength.

MSRP on the Backcountry Ti sits between $3,349 to $3,429. For those willing to lug around the extra weight of standard steel, the standard Backcountry –not Ti– can be had with many of the same features and accuracy for $2,499 to $2,599.

With the advent of the extreme lightweight Backcountry Ti rifles comes a magnum chambering that is not only palatable in such a featherlight platform but optimized for flat shooting at distance. A Rebated Precision Magnum, the 6.5 WBY RMP brings a design the company says is dedicated to performance.

“The rebated rim helps achieve the desired velocity and energy we were looking for while remaining compatible with our 6-lug action,” Weatherby said in a news release.

The RPM is based around a lengthened .284 Winchester casing but uses the aforementioned rebated rim allowing it to pair with .30-06 bolts as well as reloading equipment. The case differs, however, in its wide-body diameter, low taper, and sharper 35-degree shoulder all equaling greater capacity and higher velocities.

Weatherby’s graphic shows the gains of the 6.5 Wby RPM over other popular 6.5 chamberings, like the Creedmoor and PRC. (Photo: Weatherby)

Love or hate them, there’s no arguing the 6.5 diameter chamberings have already proven themselves in the long-range hunting world and the RPM should be no exception. According to Weatherby’s metrics, the cartridge delivers 1,500 foot-pounds of energy at 500-yards and is “capable of ethically taking big game animals across the globe.” Muzzle velocity with 140-grain AccuBond measures 3,075 feet-per-second.

The 6.5 Wby RPM and Backcountry rifles marry together for the ultimate lightweight, mountain hunting rig.