6 Shotguns That Piqued Our Interest at SHOT Show 2020

While .22LR pistols and rifles dominated many conversations at SHOT Show 2020, that doesn’t mean there weren’t new, buzzworthy shotguns. Whether you hunt or shoot trap these shotguns are worth looking into.

Here are the top six shotguns we were impressed by at SHOT Show 2020.

The Renegauge launch from Savage is the company’s first semi-auto shotgun since a brief run of Auto-5 spinoffs years ago. The self-regulating dual valve gas system is designed to cycle the lightest and heaviest loads possible, while only being limited by a 3-inch chamber. Savage debuted six different models of the Renegauge with barrels ranging from 24-inches to 28-inches. The MSRP of these will range from $1,449 to $1,549 depending on the model you choose. 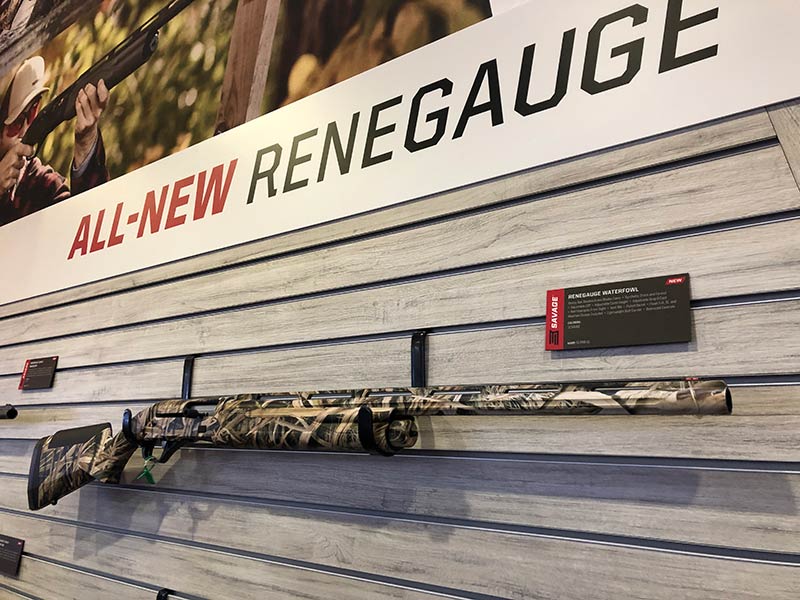 Not to be outdone, Stevens – a division of Savage – released updated models of its prominent 555 line of over-under shotguns. The aluminum receiver makes the gun ideal for the trap shooter looking for a lightweight gun while the reinforced steel at the breech adds durability. The standard model comes with a 30-inch barrel while the compact version sports a 26-inch barrel. You can find these in either 12- or 20-gauge priced at $689. 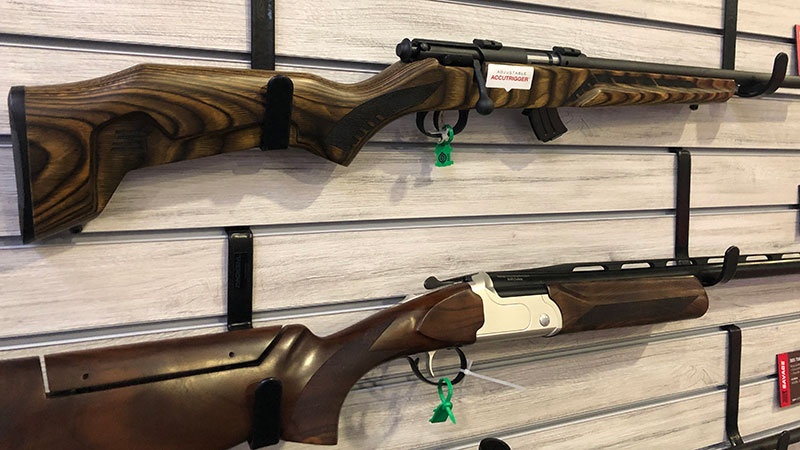 TriStar showed up to SHOT Show 2020 with new features for their Viper lineup while also launching a brand new Trinity series. A turkey hunter and a youth version join the Viper series as well as the Viper G2 Turkey. The G2 Turkey includes four Beretta Mobil style chokes including an extended turkey choke. The addition of a top Picatinny rail along with a pistol grip should be a welcome addition for turkey hunters. The stock is covered in Mossy Oak camouflage with the metalwork done in Midnight Bronze. 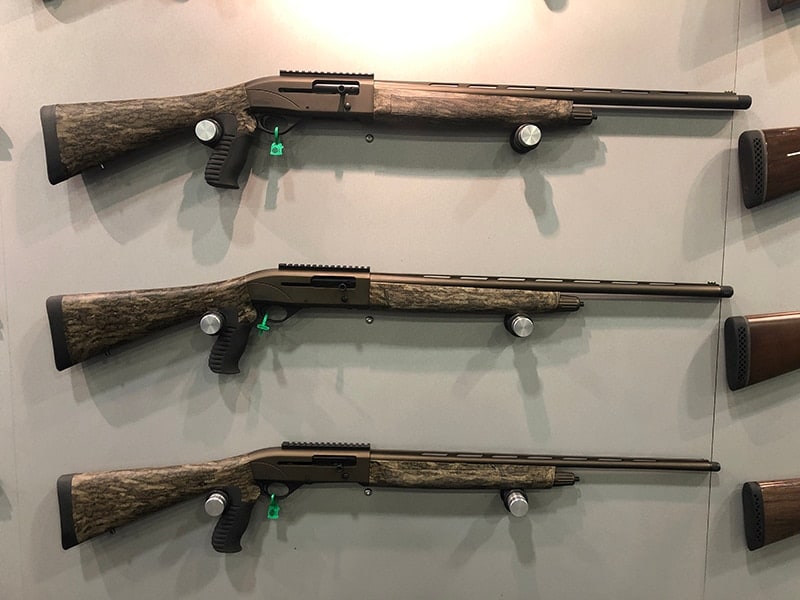 The update to the Viper series isn’t limited to just turkey hunters, youth shooters will be happy to know that TriStar has them in mind. Brightly colored red and blue finishes are designed to attract youth shooters while the 3-inch, 20-gauge chamber ensures they will have a comfortable time shooting. The new SRB Sport Youth models ship with three extended Beretta Mobil style chokes and will retail for $655. 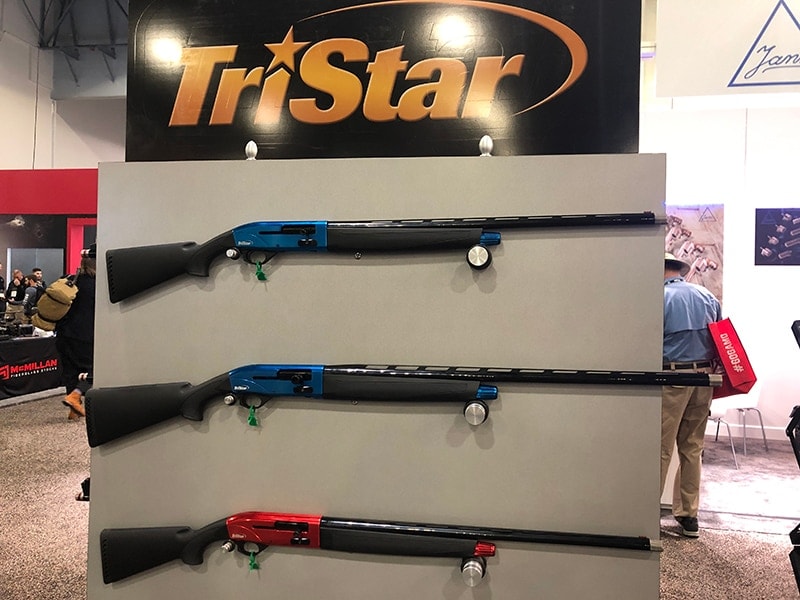 The Viper G2 Sport Youth is decked out in blue and red. (Photo: Kristin Alberts/Guns.com)

In addition to the Viper upgrades, TriStar also released a new series it call the Trinity Series. This new family of over-under shotguns features a 3-inch chamber and a Turkish Walnut stock. In addition to the high grade of fit and finish, you’ll find a 24-karat gold inlay as part of the engraved receiver. You’ll be able to find these in stores shortly and will be available in 12-, 16-, and 20-gauge with an MSRP of $685.

If you’re looking for a lighter version, TriStar also announced the Trinity LT which has a lightweight aluminum receiver instead of steel. The LT version is also offered in smaller gauges with offerings in .410, 28-, 20-, or 12-gauge. The lighter model will cost a little extra with an MSRP of $700. 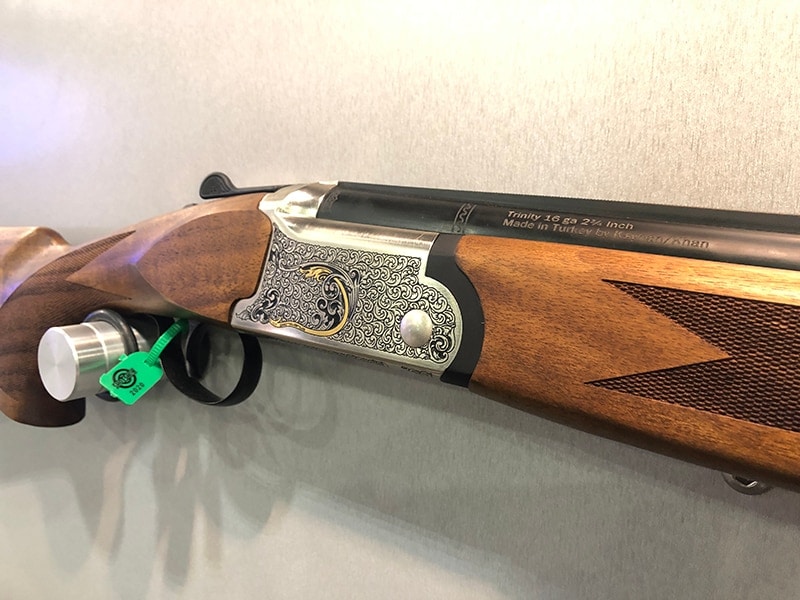 If you’re a competitive 3-gun shooter than the new Mossberg 940 JM Pro is a shotgun that’ll have you drooling. Designed by the first family of shooting, the Miculeks, this gun has everything the competitive shooter would ever want. With a 9+1 capacity, the shotgun is drilled and tapped for optics and comes with a set of Briley choke tubes. Additionally, the 940 JM Pro features a length of pull adjustment from 13- to 14.25-inches.

Lena Miculek sent in her custom shotgun for Mossberg to model the 940 JM Pro after and she was blown away that they not only met expectations with the production model but exceeded them. You should see this model hitting stores soon with an MSRP of $1,015. 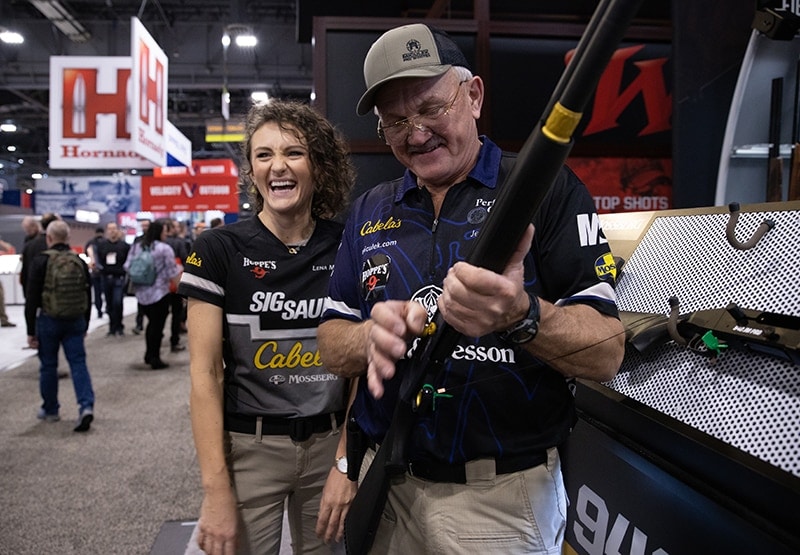