SHOT Show is an enormous affair and many vendors market specifically, sometimes exclusively, to law enforcement. As a cop prowling through the law enforcement sections, I took note of great gear that could make an officer’s life better—sometimes even save it. These items range in price and size, but they were all noteworthy for various reasons. 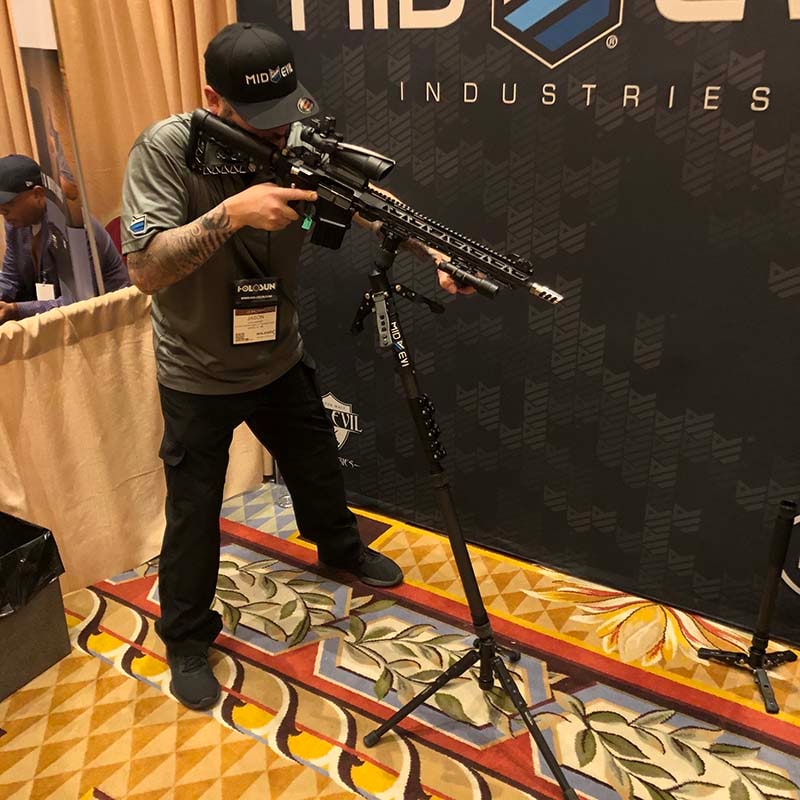 The Overwatch Commander is a stabilizing system. (Photo: Sean Curtis/Guns.com)

This innovative company came out with a hardy vertical foregrip a few years ago that could rotate nearly any direction you preferred. More recently, they’ve created an entire stabilizing system called the Overwatch Commander. The setup consists of vertical support for rifles that ends in a tripod on a ball socket. This allows rifles to be stabilized from several angles. However, the tripod can then be attached to an even longer, expandable monopod which connects to yet another tripod several feet below. There is another ball socket at the base creating even more adjustability for angles.

Consider the first tripod suitable for a seated or prone position while the extension is better for standing shooting. The whole system is ruggedly designed yet weighs just under 6-pounds. Prices vary depending on an array of options and accessories. 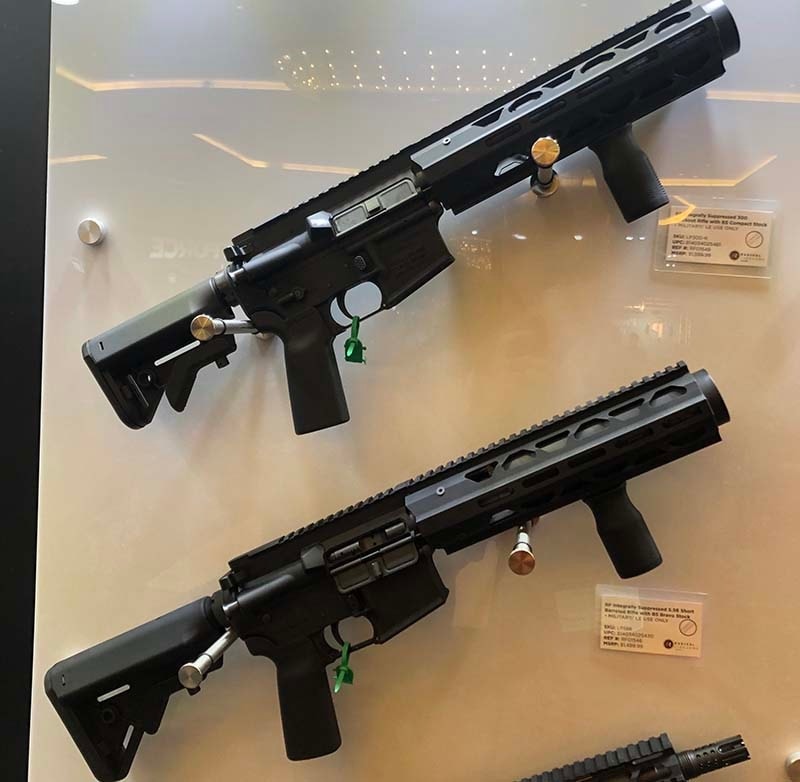 It wouldn’t be a SHOT Show roundup without a firearm and Radical has an outstanding entry. The LP300 is an SBR chambered in .300 Blackout that features integral suppression. The rifle is reportedly hearing safe and is a great option for officers on the street who must respond quickly to calls.

Also available in 5.56, the MSRP is $1,599 though these units are currently only sold to military and law enforcement. 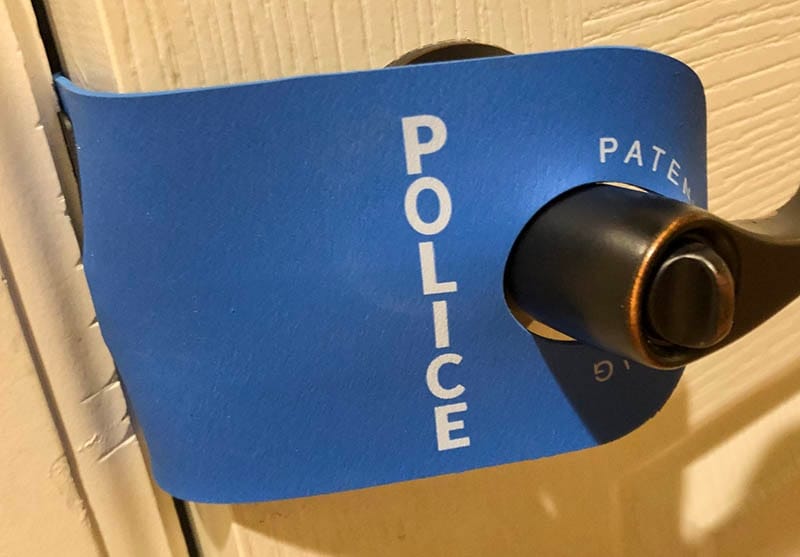 The guys at Door Jaam are a couple of officers who faced a problem cops around the world occasionally run into — locked doors. When called to respond to a situation, whether criminal or medical, officers are often let into locked places like lobbies, apartments or courtyards. As additional officers arrive, the need for backup to quickly reach the responding officer is imperative.

Enter Door Jaam! This awesome little piece of rubber conveniently holds doors open, can be personalized, fits in your pocket and is inexpensive at only $11.99. 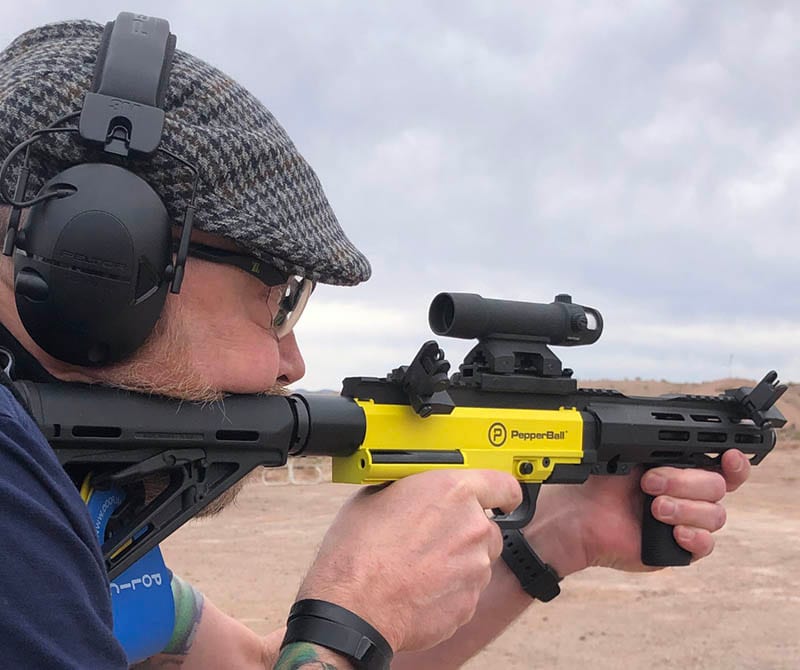 The popular TCP is a pistol that’s been used to deliver tiny balls of PAVA, a super-hot chemical irritant. This is a great, non-lethal, force alternative for subjects who are verbally non-compliant. Pepperball just made a conversion kit to give officers a stock, fore-end, and rail so an optic can be mounted to make an already effective platform even better. The total cost for a TCP and carbine kit is around $600. 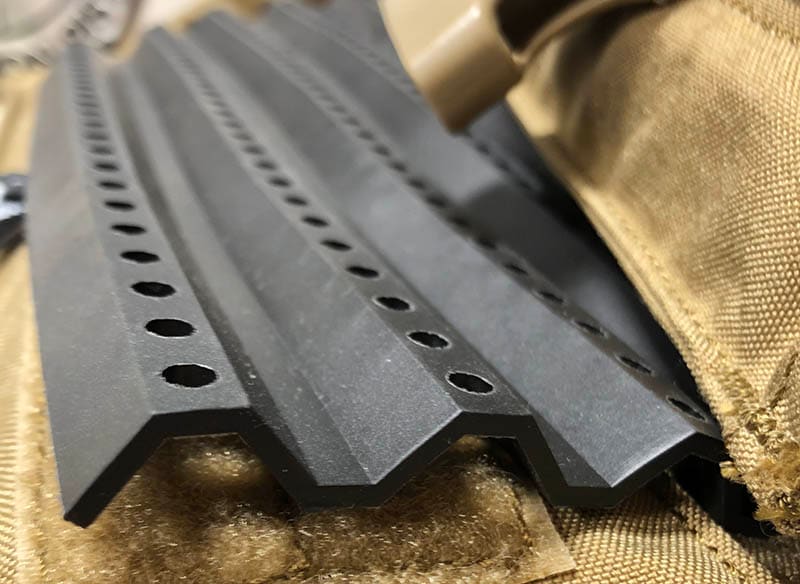 TacVent pushes the carrier off the body just enough for airflow so officers can get some relief from the heat. (Photo: Sean Curtis/Guns.com)

The officer who invented TacVent wore a plate carrier all day on an active shooter call where an entire major airport needed to be cleared for other suspects. The heat from wearing body armor saps strength, dehydrates and also causes undue fatigue on officers.

TacVent looks to combat this problem using a system of rubberized plates with integrated airflow channels that attach on the inside of a plate carrier. Once donned, TacVent pushes the carrier off the body just enough for airflow, tapping into the body’s natural cooling system of evaporating sweat. You can buy a single plate for $34.99 or a pair for $59.98. 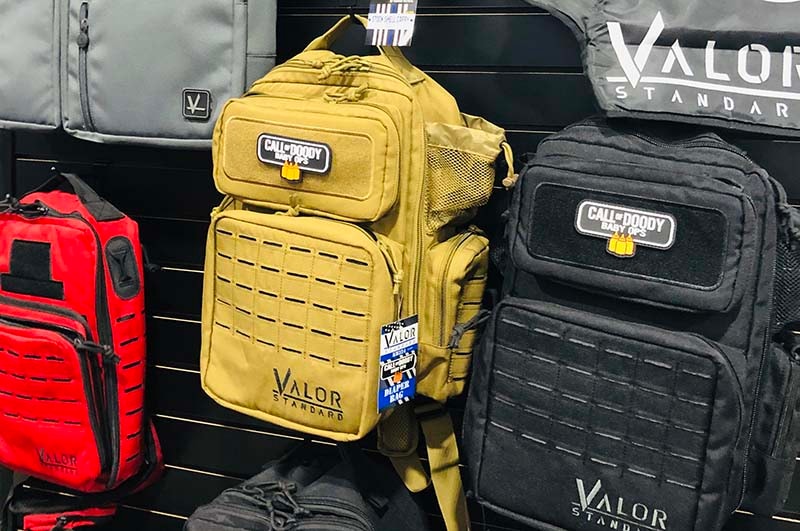 Voodoo Tactical created a line of bags called Valor Standard using input from law enforcement personnel. The array of bags is broad, ranging from attaches to diaper bags and everything in between. Plus, they are purpose-driven with designed features useful to police in the field whether on duty or off. 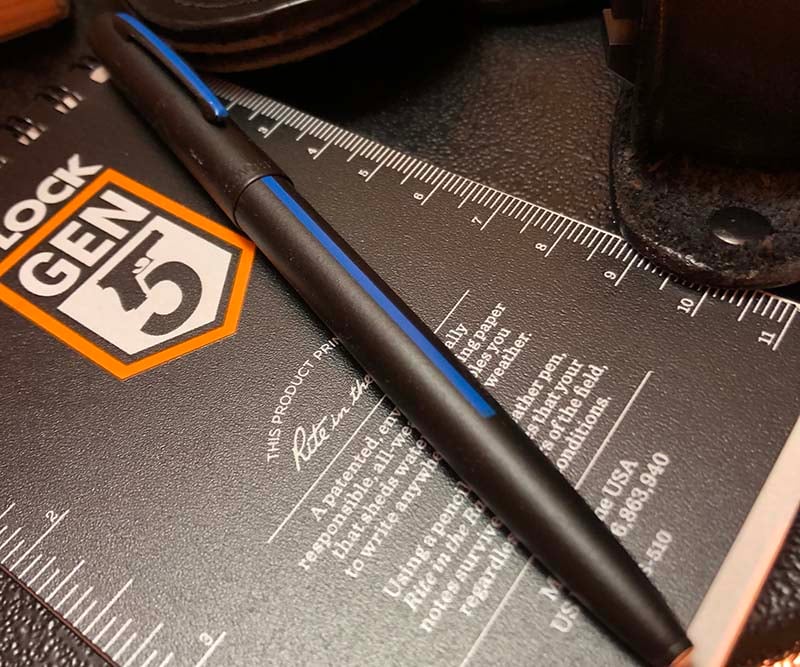 The Cap-O-Matic is a matte black pen with a blue line running down the side. (Photo: Sean Curtis/Guns.com)

This company with a unique engineering history has been making outstanding writing implements for years. They recently came out with a new line called the Law Enforcement Collection. The first offering is a Cap-O-Matic, matte black pen with a blue line running down the side. The point is deployed simply by clicking the top of the lid. The action is smooth, and the writing is wholly reliable. I’ve had pens freeze in my patrol car or get broken in fights, but the Fisher I’ve used always kept working. The retail price is $25.

Looking for your next off-duty carry gun? Guns.com has you covered. Check out our inventory of new and used firearms perfect for carry.