The Ruger Mark Series is Ready for Competition or Hunting

One of the world’s most popular and reputable .22 LR pistols, the Ruger Mark II brings a versatile and customizable pistol design to the competition, plinking and varmint hunting arenas. Simply, it is one of those must-have staples to your gun collection. Offering thousands of upgrades, the MK II allows users to tweak and customize it to their preferences. Being an owner of the modern MK IV Lite, I was really curious as to how this pistol compared to its predecessor.

The MKII I tested was the Target model – a stainless steel design with a bull barrel and sides milled flat to save weight. Upgrades included bullseye grip panels and a TASCO 1.25-4×32 handgun scope. Holding it, the MKII looks pretty wild, with its large scope and deeply grooved grip designed for bullseye shooting. This MKII underwent modification of its trigger internals yielding a pull weight around 2-pounds, no doubt to help with competitive precision shooting. Bullseye is all about accuracy, the goal is to stack rounds 25 to -50- yards away preferably within the same hole. This gun can do it. 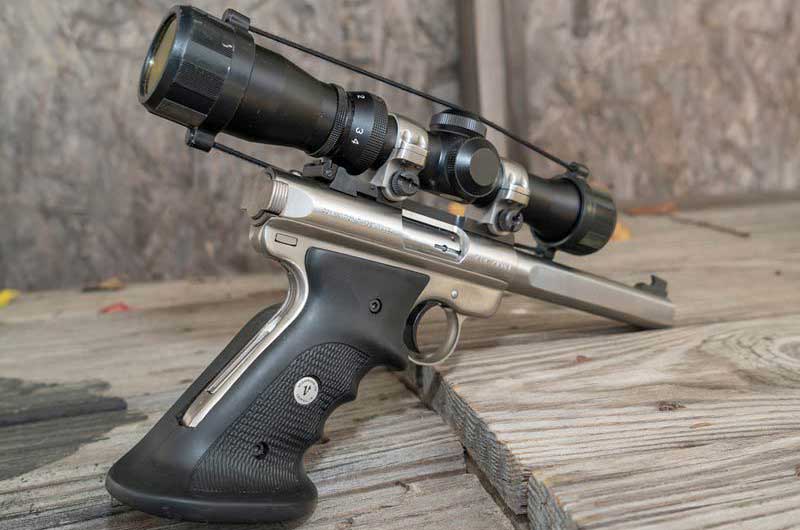 I couldn’t wait to reach out one-armed like a proper bullseye shooter, breathe in deep and see if it lived up to the name. It was easily picked it up for the first time and grouped less than an inch spread the first time. Bullseye guys, don’t roll your eyes, as an action pistol girl I thought this was pretty impressive. With, proving that with practice and technique one can really stack the rounds. The pistol was heavy in my hand, which lead to a bit of arm shake after the first magazine. For two hands, though, this was an easy gun to handle.

GET A RUGER MARK II!

Heading over to the plate rack seemed like the perfect setup to test out freestyle shooting. Engaging steel plates at roughly 15-yards, the MKII required a slight holdover to hit the target – though left to right was dead on. It was really fun to plink the plates over, and with virtually no recoil you can do this all day.
When my range session was done overall, I was surprised to feel see that this particular MK II brought a whole new set of skills to the table than my MK IV does. 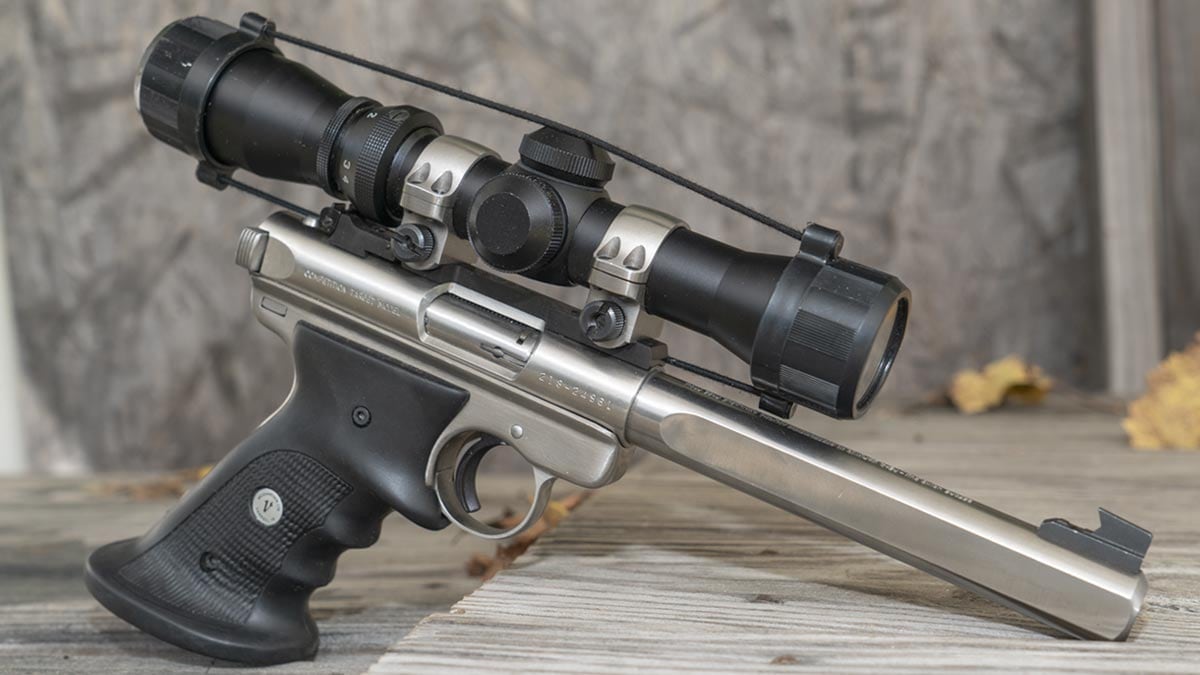 Ergonomically, it felt very similar, but with the bull barrel, optic and grooved grips this had a wholly different character about it. This goes to show the versatility of the Ruger Mark series. Whether you want a quick steel challenge pistol or a steady bullseye gun, it can be easily changed to meet your needs.

Overall, the MK II proves why it’s been a powerhouse competitor in the .22 LR world, bringing reliability and shootability to the .22 LR platform.

Want your own MK II? Check out Guns.com’s inventory of the whole Ruger MKI-IV lineup to add to your own collection.

GET A RUGER MARK II!