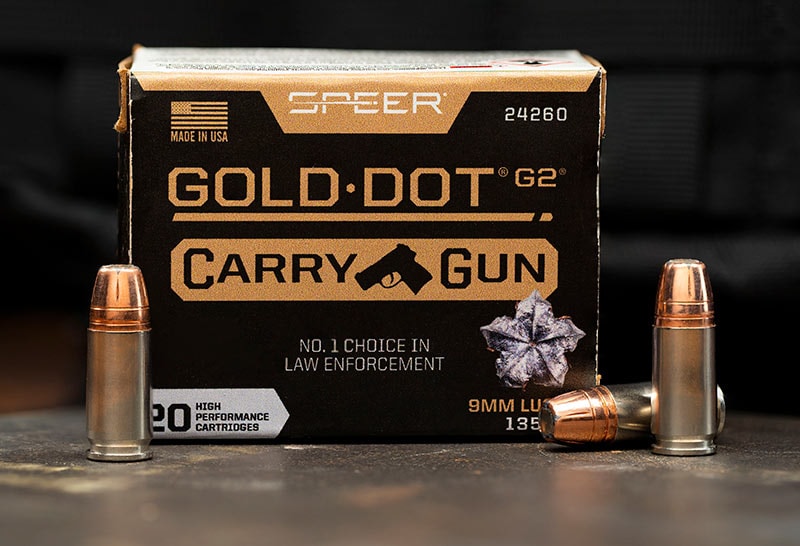 CarryGun is concealed carry specific, designed for use in sub-compact and compact carry guns. (Photo: Speer)

Speer announced concealed carriers are getting a new line of Gold Dot ammo specifically created for optimal performance in compact and subcompact handguns. The series, aptly named CarryGun, is available in some of the most popular carry calibers to include 9mm, .40 S&W and .45 ACP.

Designed to achieve better results on the FBI protocol test, the CarryGun lineup uses Speer’s Gold Dot G2 bullet. The G2 opts for a shallow cavity in the nose of the bullet in lieu of a traditional hollow point. The cavity is filled with durable elastomer which prevents material from clogging the cavity and negatively impacting expansion. The result, according to Speer engineers, is better performance even through barriers like wood and steel. 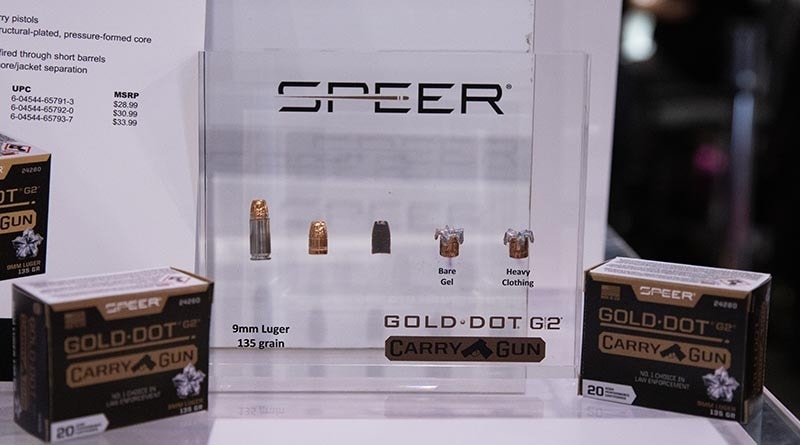 The first three offers will include 20-round boxes of the following: