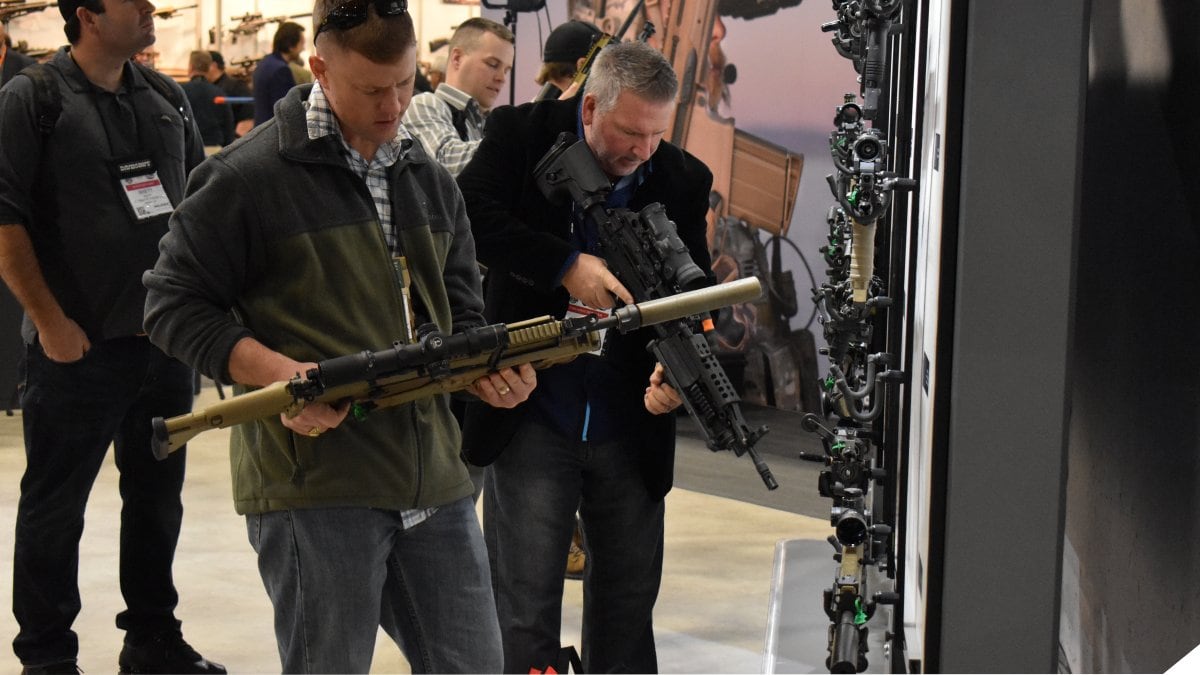 Legislation banning the future sale of most semi-auto firearms and even already federally-regulated suppressors is on the move in the Virginia House of Delegates. (Photo: Chris Eger/Guns.com)

The measure, HB 961, described as “the crown jewel of the Northam-Bloomberg gun ban agenda” by gun rights groups, passed in a 12-9 vote, sending it to the House for further review. Capitol Police were called in to clear the committee room after the uproar from the gallery following the passage of the gun control bill, reported Roanoke.com.

The ban was originally much worse before it was amended, outlawing possession of most semi-auto firearms in the state, and, while watered down by the committee, is still onerous. The bill aims to forbid the future sale of many semi-auto firearms, suppressors, and most standard capacity magazines. Under its current guidelines, owners of restricted firearms and suppressors bought before July 1 could keep them, for now at least, but future sales would be curtailed. Magazines capable of holding more than 12 cartridges would be banned.

Opposed by regional and national pro-gun groups,  suppressor advocates were also on hand last week to testify against the bill, as over 75,000 of the registered devices are in circulation in the Commonwealth. Suppressors are currently legal for consumer possession and use in at least 42 states.

“Our position is essentially that these have been heavily federally regulated since 1934 and that those federal regulations are more than exhaustive; that additional state-level regulations should not be imposed upon suppressors,” said ASA President Knox Williams in a statement.

The Virginia Citizens Defense League has joined with pro-Second Amendment minded sheriffs from across the state who have vowed to support gun rights.

As for HB961, the bill is working against the legislative clock in this session, as it has to make a Feb. 11 crossover deadline and win the support of the newly-blue state Senate, where a similar measure was taken off the table last month. However, state lawmakers seem determined to rush an agenda of new anti-gun laws to Gov. Ralph Northam’s desk, despite outspoken public demonstration against the platform.