First 100 Rounds: A Look at the Springfield Armory Hellcat 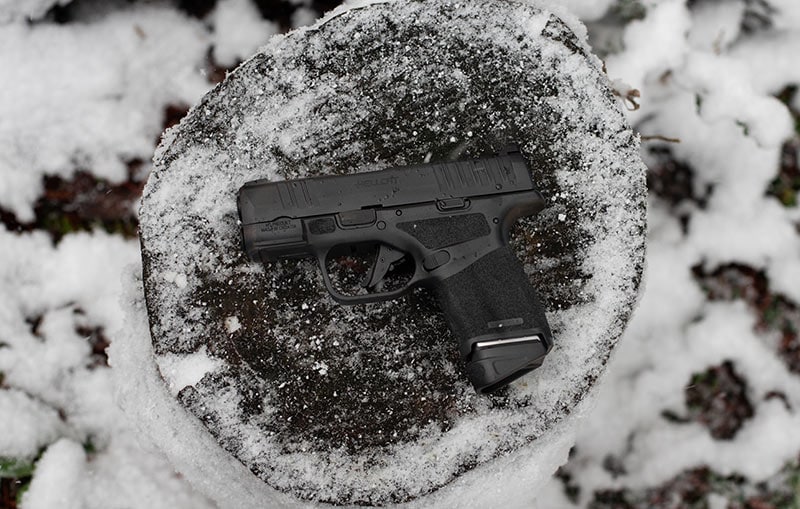 The Hellcat leaped onto the scene offering an impressive 13+1 capacity. (Photo: Jacki Billings/Guns.com)

Springfield Armory took the concealed carry market to task in 2019 with the launch of a sub-compact 13+1 capacity pistol, the Hellcat.

As a concealed carrier always willing to test out the latest and greatest, I was curious how the Hellcat would perform. Normally, I sport a Glock 19 sized carry gun, stepping down to the Smith & Wesson Shield 9mm when I need something a little less inconspicuous. The Shield, though, only offers 7+1 rounds so the idea of almost double the rounds is tantalizing.

Springfield Armory hooked me up with a Hellcat to take for a test drive. Though my full thoughts and opinions will come later in a video and article review, I figured why not share my first 100 rounds with loyal Guns.com readers. 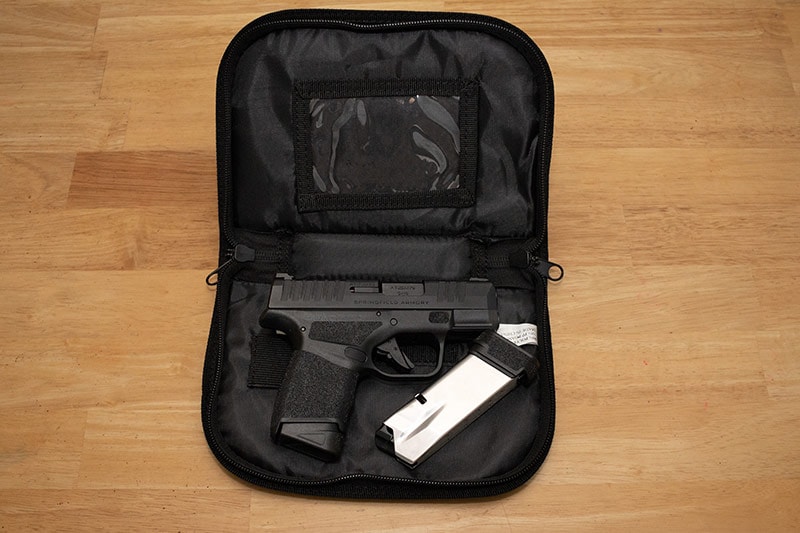 The Hellcat ships in a fabric carrying case large enough for the gun and spare mags. (Photo: Jacki Billings/Guns.com)

As stated, the Hellcat boasts an impressive 13+1 capacity with extended magazine or 11+1 with the flush fit. All of this nestles inside the 6-inch overall length, 4-inch height and 1-inch width of the Hellcat. Equipped with a 3-inch barrel, the Hellcat weighs in at around 18-ounces. The Hellcat comes in two flavors – a standard model, which I tried, and an OSP version that comes optics-ready.

Springfield Armory has given the Hellcat a slightly elevated aesthetic with stippling on the grip, tactical rack rear sights and a Tritium front sight. Is it the most tricked out sub-compact on the market? Well, no but it does offer a few upgrades that will please the masses.

I took the Hellcat to an indoor range to run 100 rounds through its polymer-framed, striker-fired build. I put 50 rounds of Fiocchi FMJ as well as 50 rounds of Hornady Critical Defense JHP to see how the Hellcat would handle the different styles of ammo. When testing a gun, I usually start at 3-yards and back it up to 15-yards gradually to get a feel for how it performs both in close quarters shooting as well as longer distances.

Upon firing the Hellcat, I noticed it’s a snappy gun; though, I am not surprised given its size. A general rule of thumb is the smaller the gun, the more recoil you’ll feel. The Hellcat was on par with most 9mm sub-compacts in terms of that recoil. My first few shots landed in the middle, though not exactly where I wanted. Follow-up shots were definitely more difficult to land but with more training, I’m sure I can walk those in a little more. The stippling, while useful with sweaty hands, did make my hands a little sore after 100 rounds. Again, this is something that will likely get better over time. 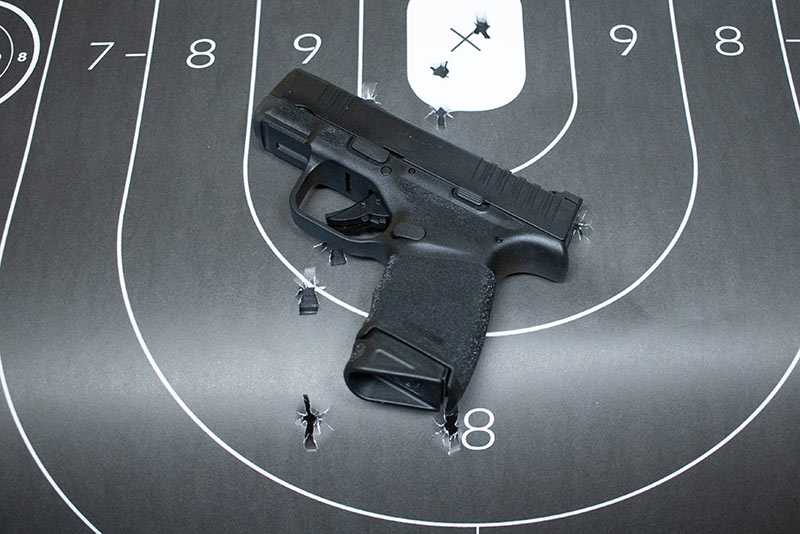 First rounds were a little low, but the author walked them in and soon became accustomed to the snappy recoil. (Photo: Jacki Billings/Guns.com)

The size of the gun made it slightly more difficult to hang onto while firing, but its diminutive size will no doubt lend itself to concealed carry – which is the Hellcat’s bread and butter. Though I did not conduct any concealed carry specific drills or tests during this 100-round look, I intend to put it through its paces in the future.

Ammunition wise, I had no malfunctions in the first 100 rounds. Both the JHP and FMJ and performed well during the testing, though the Hellcat did fail to lock open on the last round of the second mag of FMJ. This seemed to be a fluke as I could not recreate it throughout the rest of the testing. 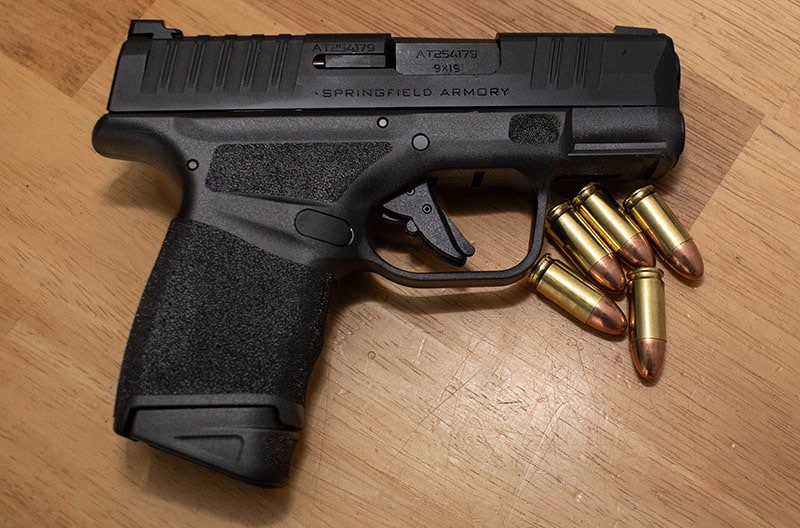 Chambered in 9mm, the Hellcat’s future remains unknown. Stay tuned to Guns.com to find out how well this gun performs over time. (Photo: Jacki Billings/Guns.com)

I’m not nearly through evaluating the Hellcat, but I can say that the first 100 rounds were solid. The Hellcat spit out ammo, handled about as well as you’d expect a sub-compact and saw no major malfunctions. I’ll continue testing this gun over the next few weeks and, specifically, get to the bottom of its viability as a concealed carry model. Stay tuned to Guns.com so you don’t miss a thing!

Springfield Armory Hellcats are now in stock at Guns.com! Click the button below to check them out.