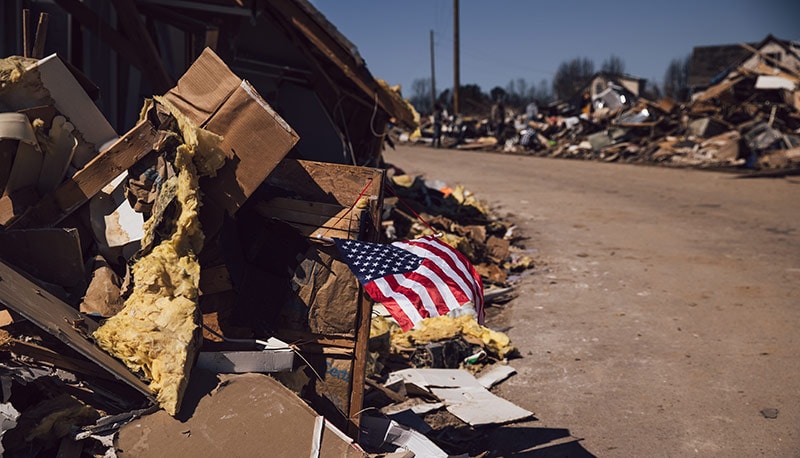 The Flag hangs on a post outside of a home as a symbol of hope among the debris in Echo Valley Estates in Putnam County, Tennessee. (Photo: Jacki Billings/Guns.com)

A slew of firearms has been recovered from debris left over after a violent tornado ripped through Putnam County, Tennessee on March 3.

The Putnam County Sheriff’s Office told Guns.com that 44 total firearms have been turned over and they expect to see more as cleanup efforts continue. Putnam County Sheriff Eddie Farris said the department will do everything in its power to reunite gun owners with their lost property.

“The Putnam County Sheriff’s Office is making every effort to return everyone’s firearms as soon as we can. We do have to follow state and federal guidelines regarding the return of firearms, so please continue to be patient with us,” Farris told Guns.com. “We will make sure to get everyone’s recovered property returned as soon as we safely and legally can.”

Thus far, the office has seen a mix of handguns, rifles, and shotguns. Though no hard totals on the number of gun owners in Putnam County were available, the Tennessee Instant Check System, which runs background checks on potential gun buyers in the state, reported over 547,000 firearms processed in Tennessee in 2019 — including 325,968 handguns and 192,302 long guns. 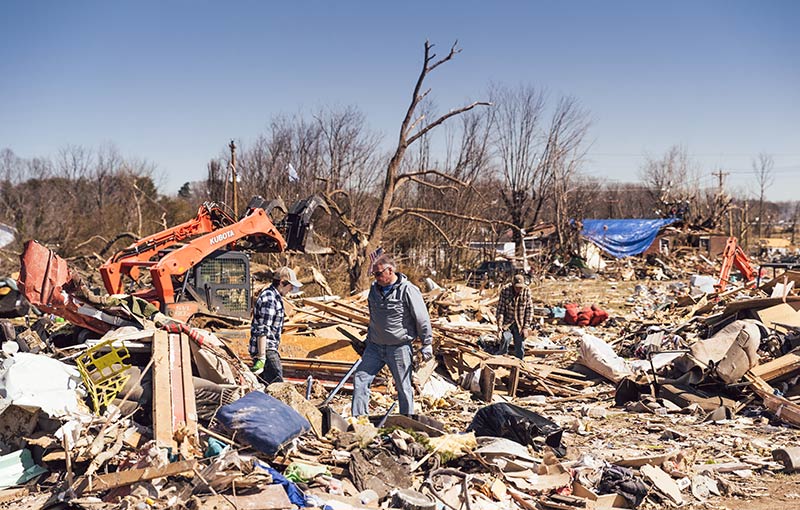 Volunteers sifting through debris left by an EF-4 tornado. Cleanup crews should report any firearms or ammo to law enforcement. (Photo: Jacki Billings/Guns.com)

As efforts continue to remove rubble and debris from where houses once stood, the Sheriff’s Office warned cleanup crews and volunteers to be on the lookout for firearms and ammo among the debris, cautioning them to report any sightings to law enforcement. Officials emphasized that volunteers should not touch or pick up guns as they could be loaded or have suffered damage during the storms.

Putnam County gun owners affected by the tornado may contact the office to retrieve their guns. Gun owners will need to provide a detailed list of missing firearms with descriptions and/or photographs of the owner with their firearms. The office also stressed the importance of gun owners keeping track of serial numbers and storing them in a safe place for easier recovery in the event of a disaster such as this.

“Photos can prove difficult as people may own the same type of guns, so serial numbers are very important,” the Putnam County Sheriff’s Office said. 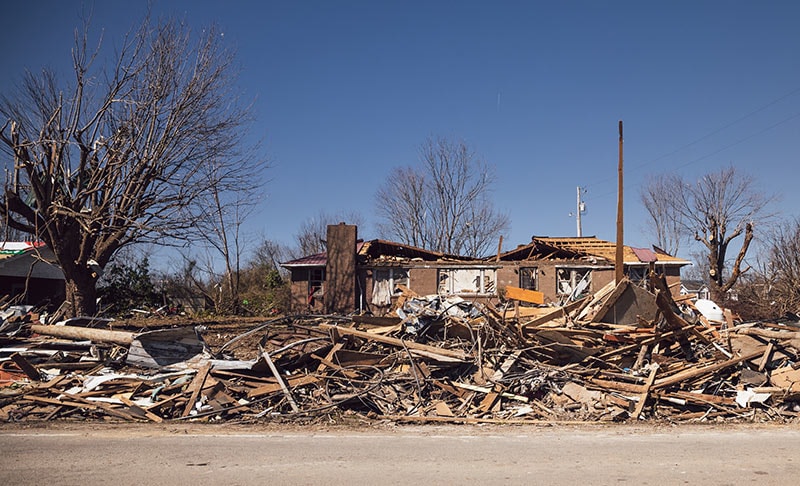 The tornado struck in the early morning hours giving homeowners little time to seek cover. In all, over 500 structures were damaged with over 200 totally destroyed or with major damage. (Photo: Jacki Billings/Guns.com)

The National Weather Service concluded that a total of seven tornados ravished Tennessee in the early morning hours of Election Tuesday. Areas in Nashville, Mount Juliet, and Lebanon were severely impacted but some of the worst damage centered on Baxter and Cookeville in Putnam County. The weather service classified that tornado as an EF-4, reporting wind speeds of 175 miles-per-hour which left 88 people injured, 18 dead and over 500 structures damaged.