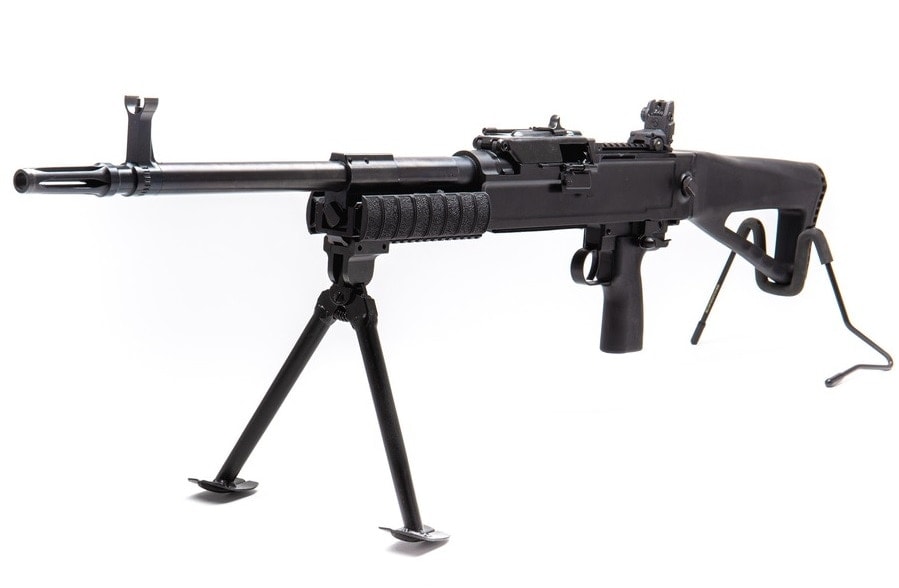 Indiana-based MarColMar Firearms have long been a player in the market of limited edition collectible rifles, and their UKM is no exception.

Best known today for their CETME L rifles, MarColMar started off making semi-auto versions of the belt-fed PKM– Kalashnikov’s machine gun– as far back as 2007 or so then switched gears to produce AK-74 clones. From there they tackled the Uk. vz. 59, Czechoslovakia’s Cold War-era universal machine gun, in 2013, making about 350 rifles.

Then came an even smaller small run of the Vz. 59’s updated variant, the UKM Tactical Rifle.

MarColMar’s UKM essentially takes the best facets of the PKM and the Vz. 59, then blends them in a semi-automatic closed-bolt rifle that didn’t require a tax stamp. Using all-milled construction, the rifle weighs 19.8-pounds. Of note, the receiver by itself starts as a 40-pound block of steel before the machining starts.

The 18-inch heavy chrome-lined barrel is made by Lothar Walther in Germany. The gun ditches the old surplus Com Bloc wood and resin furniture for polymer, as well as adding forward Picatinny rails at the 3-, 6-, and 9 o’clock positions.

In something only seen elsewhere on the Vz.59s, the UKM keeps the Czech style pistol grip-mounted cocking system and incorporates a more modern UK vz. 68-style muzzle device instead of the dated ZB-26-esque cone-style flash hider.

For a deeper dive, check out MarColMar’s owner, Dave Bane, talking with TFB-TV in 2017 about the development of their UKM, which was limited to about 90 guns produced.

The UKM example we have up for grabs in the Guns.com Vault includes both a synthetic and wood stock, a half-dozen 50-round non-disintegrating steel belts, a 250-round Warsaw Pact style ammo can, a 50-round assault can, armorer’s kit, and manuals. 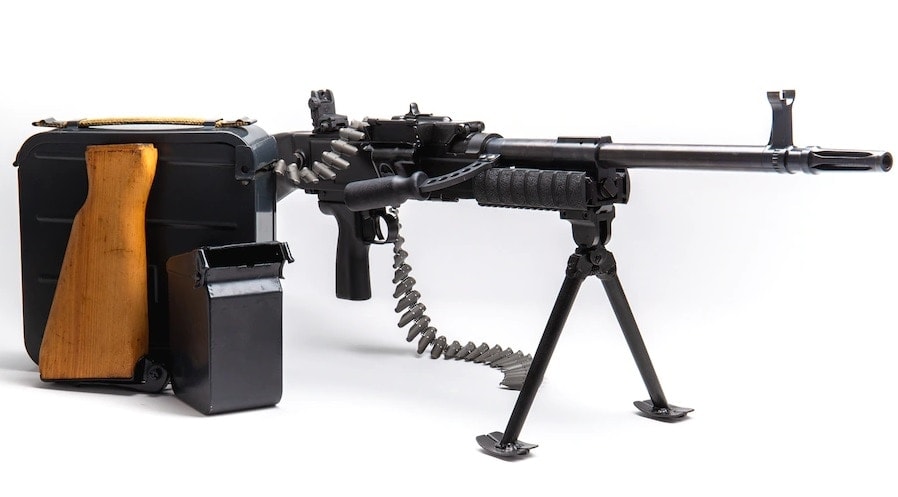 Did you say, accessories?

As well as a folding bipod and carry handle. 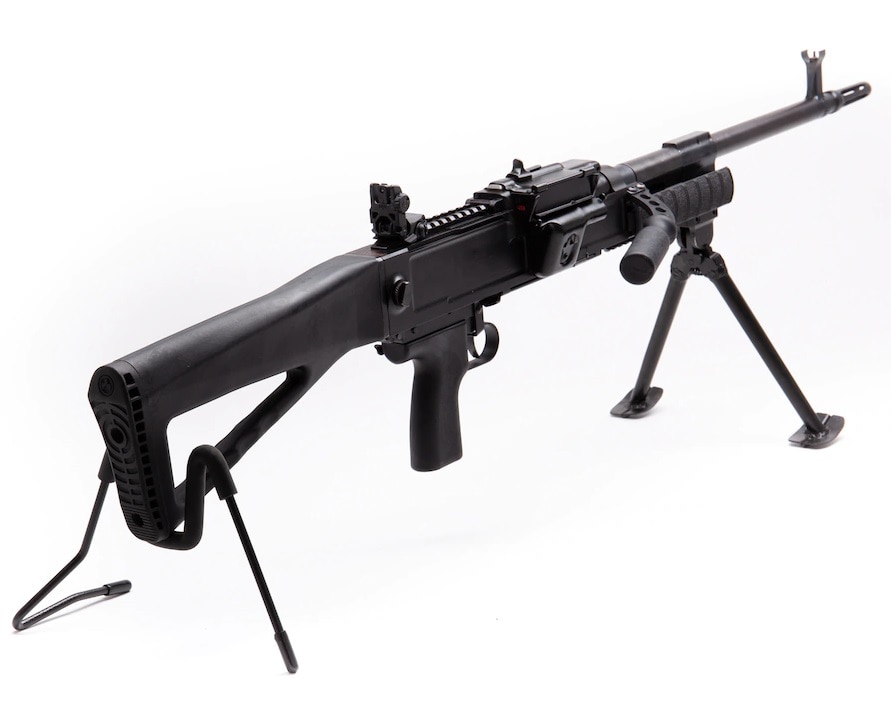 With a top Pic rail for optics, the UKM includes a rear Magpul MBUS.

The odds of running into a MarColMar UKM owner are slim, as under 100 of these guns were made by the well-known company.

BE THE ONLY GUY ON THE BLOCK WITH A UKM