Ammo Makers Strive to Keep up Production, Respond to Demand

Along with a dramatic increase in firearm sales seen coast-to-coast, a run on ammunition has ammo makers cranking up to meet demand.

The climb in ammo sales started slowly this month then spiked in the past week, with Google noting a 1350% jump in internet searches between March 11 and March 17 alone. This came as the mainstream media covered long lines at local gun shops of anxious consumers stocking up on the valuable commodity as part of their coronavirus prepping larder.

With supplies of cartridges running short in most popular calibers both online and in the store, ammo makers have responded to make it clear they are still very much in operation.

Hornaday’s president, Steven Hornady, along with the company’s vice president, Jason Hornady, released a short video on Friday telling consumers they remain committed to production during the COVID-19 crisis.

“What the message is, is that we want you to know we are doing everything we can to ship more, keep people in stock, and keep things moving,” said Jason. “We are dealing with all the challenges that are coming at us– and there’s a new one every hour. Our commitment is to continue shipping and doing our best.”

At the same time, Steven Hornaday released a separate video opining on the panic itself and of the importance of the Second Amendment.

“Our Second Amendment preserves your Freedoms,” he said. 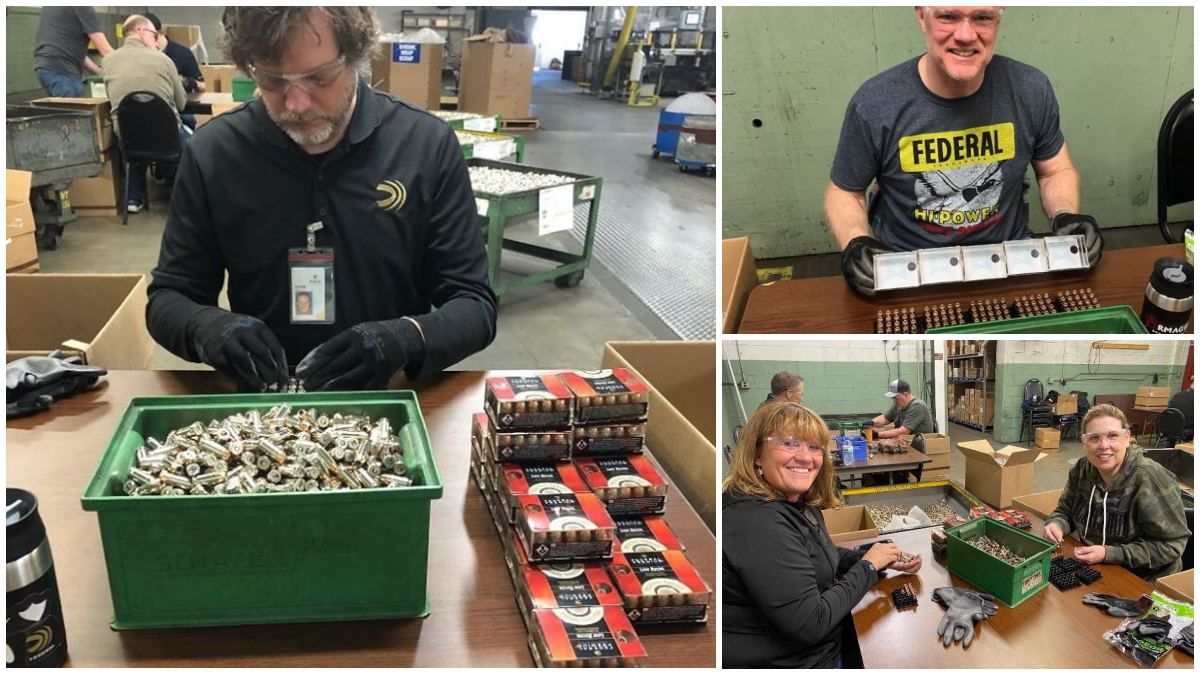 Employees at Federal pitching in to help fill boxes with ammunition by hand (Photo: Federal)

“Federal’s President recruited members of his staff to help him hand-pack ammo to fulfill orders,” noted the company on social media. “We are working hard to get you the ammo you need, no matter what.”

It’s not just large ammo makers who are steaming full speed ahead. In Michigan, Fenix Ammunition in Novi is reportedly hiring people recently laid off to help work at the company’s facility to handle the surge in orders.

“Everybody is responsible for their own defense and they’re entitled to do that and so we’re going to make sure we do everything in our power to make sure they have what they need when they need it,” Justin Nazaroff of Fenix Ammunition told Fox 2 Detriot.