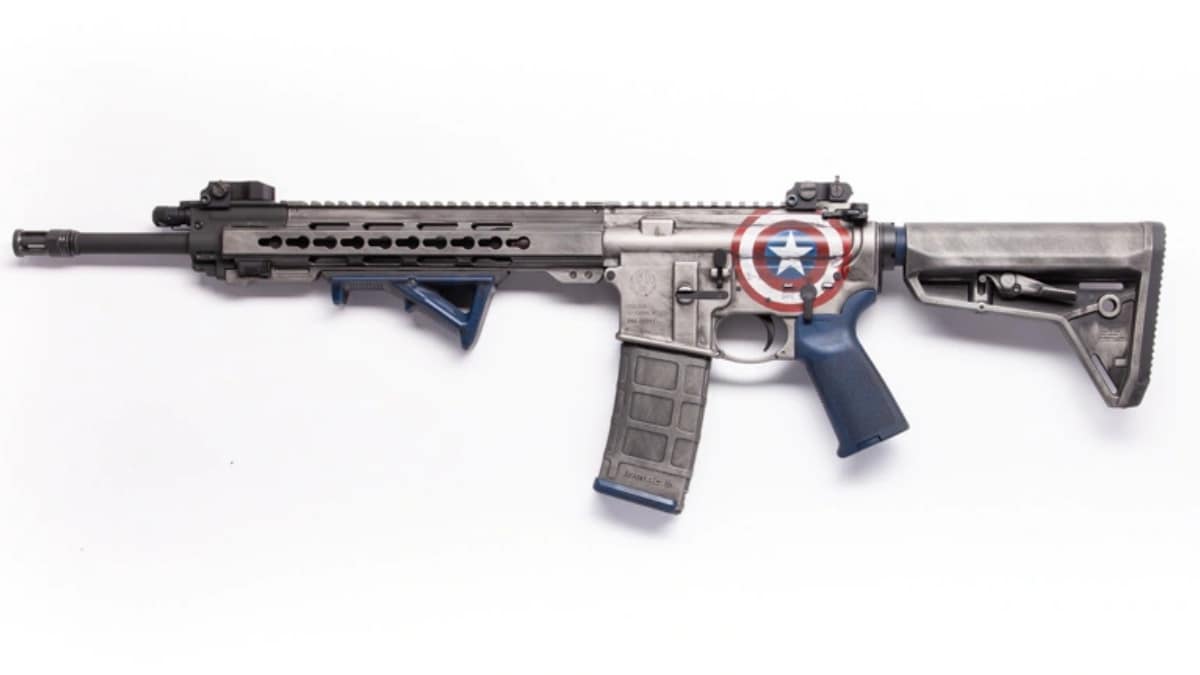 Americans have been seeking to exercise their right to keep and bear arms in growing numbers this month. (Photo: Guns.com)

In the past two weeks, Americans have crowded their local gun stores and online firearms retailers eager to exercise their Second Amendment rights.

As reported by tech website the Verge, Yelp’s data showed interest in guns and ammo had jumped 360% at the same time that interest in buying water and groceries had been up about 160 percent.

According to the National Shooting Sports Foundation, the FBI’s National Instant Criminal Background Check System (NICS) saw a 300% increase in traffic on March 16, compared to the same day in 2019. The jump came the day after the CDC released coronavirus guidelines that included restricting gatherings of 50 or more people in the U.S. over the next eight weeks. Going forward, daily background check volumes have been roughly double what they were a year ago.

“Americans are lining up at local gun shops taking stock of their safety concerns and stocking up on guns and ammunition,” said Larry Keane, the NSSF’s senior vice president and legal counsel. “It’s showing that firearms continue to be a desired item and Americans are serious about providing for their safety – especially during times of uncertainty.”

In states where local authorities conduct background checks through Point of Contact agreements with the federal government, delays for would-be gun buyers were common as state-controlled systems backed up. In Washington, delays stretched three weeks. In Pennsylvania, the state system crashed numerous times, often for hours at a stretch. In Florida, the Tampa Bay Times advised background checks for gun sales were as much as 75% above average. Oregon State Police handled 19,401 background checks in the first two weeks of March, a rate much higher than normal.

Colorado’s Bureau of Investigation announced that wait times for background checks increased from between five and eight minutes to two days, with a logjam of 5,000 checks awaiting processing. The CBI said they would retask other employees and expand hours to help speed up the process.

Illinois saw 19,000 checks inside of five days alone, which resulted in a backlog with the state.

“You’ve got dealers who won’t release the firearm without the completion of a background check with an approval and so people are now waiting four, five, six, seven days, even,” Federal Firearms Licensees of Illinois Executive Director Todd Vandermyde told the Center Square.

Among the crowds have been new and first-time gun owners, a phenomenon that has been widely reported.

“We have been slammed,” Todd Edmiston, owner of A&S Indoor Pistol Range in Youngwood, Pennsylvania told the Pittsburgh Post-Gazette. “On the range, it’s usually thin this time of year but there are a few more people, more first-time handgun owners asking about training. On the store side, they’re buying a little bit of everything. A lot of people are talking about self-protection.”

The NSSF asks that every gun owner, especially new ones, study up on the four fundamental safety rules for firearm handling. They are:

1. Always point a firearm in a safe direction.
2. Keep your finger off the trigger until you are ready to shoot.
3. Treat every gun as if it were loaded. Keep it unloaded until you’re ready to use it.
4. Know your target and what’s around it, including beyond it.