COVID-19: An Inside Look at the Past Week of One WI FFL 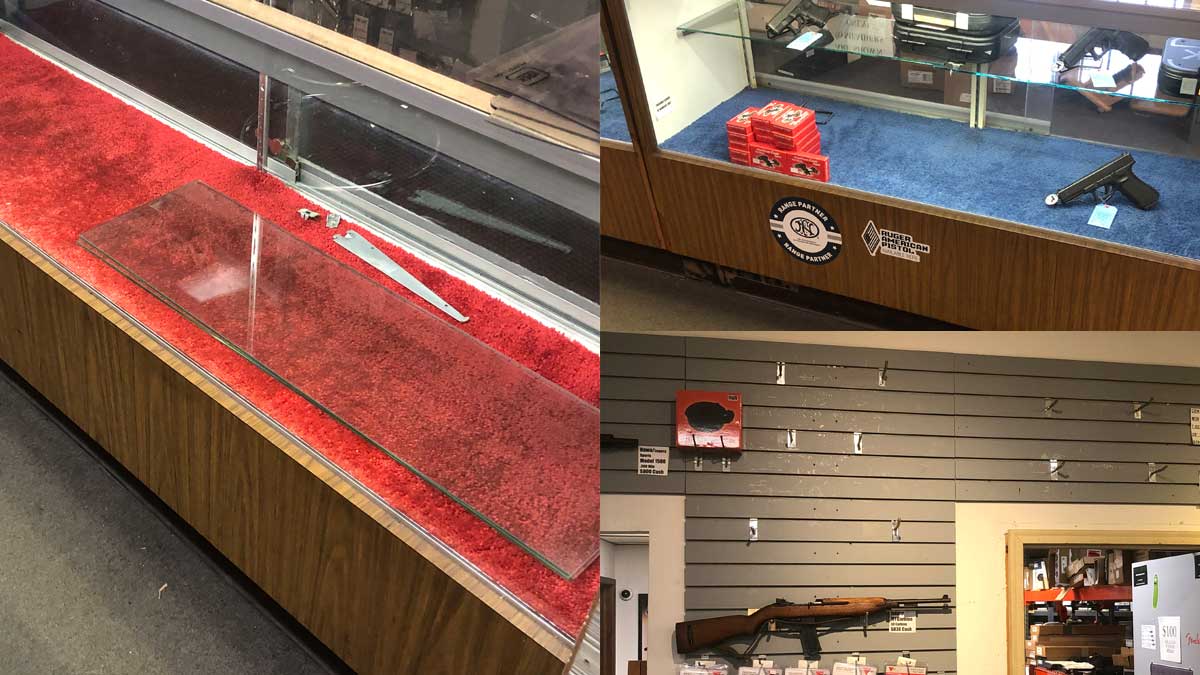 A few weeks ago Brew City Shooters Supply’s shelves were fully stocked with firearms and ammo — just a trickle of customers coming through its doors. Then, COVID-19 landed stateside and like many FFLs across the country, the shop saw an unprecedented spike in sales.

Adam Campbell, Director of Training a Brew City Shooters Supply, has been in the trenches at the shop making sure people get the guns they seek. He’s watched many buyers coming in, some for the very first time. We caught up with Campbell to see what the interaction with customers has been like and how the store is working to keep everyone safe with social distancing restrictions in place.

Campbell: It’s definitely been a very wild last week and a half as I’m sure it has for everyone.

Guns.com: For sure. The first question is, how are you guys approaching this social distancing thing from a management standpoint with people in the store? I’m sure the store has to be very busy right now. How is that working?

Campbell: Oh, it’s insane. I mean, the first thing we did was really just stuff that any business would do. We sanitized everything — every surface in the entire store was completely wiped down and sanitized. Wherever you work, if you work at a building with employees and customers, you are worried about whether or not you’re going to be closed down.

Guns.com: Has there been a large demand for you guys to control the number of people in the store right now?

Campbell: Luckily no. The order went through here in Wisconsin that nonessential businesses are to close down. The governor’s order was a little vague, but we’ve been working closely and talking to local law enforcement. I don’t think there has been any more communication with authorities in our business than there has been any other business. In fact, maybe even a little bit less because we’re sort of off the beaten path — you know, people think restaurants, bars, and gyms. Nobody really typically thinks too much about retail stores and retail gun stores, more like big-box retailers.

Campbell: Based on my experience is that the rush has peaked more or less and it started to actually wane a little bit. So that’s a good sign. Realistically, this is just of course from our one store. Depending upon your background I would say, like I said at the end of last week, around Saturday or Friday, when we really were just slammed. I mean, there was a line out the door and everything. I told someone, if I could have restarted this week over again, I would have told people you could be waiting five days. You know?

The big issue, too, was you had so many people that were new to guns making their first purchase. They don’t know how it works, they’re not familiar with the rules and laws. So a lot of people I know and a lot of FFLs around the country are experiencing this. I’m like “Hey, listen, you’re in a panic. It’s an emergency to you. It’s a crisis to you. But we have to follow and obey the rules and laws.”

It’s interesting because a lot of these people, I know in California particular, a lot of FFL dealers were saying, they’re so busy right now with first-time buyers. They’re really upset that there’s a 10-day waiting period. That’s all these restrictions hubbub. Maybe you should perhaps get involved now that you see what we have to deal with, I thought that was really interesting.

Guns.com: Yeah, for sure. I was seeing a lot of that coming out of California too. It’s like, well, you’re the ones who let the 10-day waiting period happen, you know?

Campbell: Exactly. I really didn’t feel that bad. Of course, in business, you value your customers and you want your business to grow; but at the same time, I don’t think that there’s a worse time in history for people to choose to purchase a firearm than a time like this, you know what I’m saying? Not in the sense of them owning one, but in the sense of the headache and hassle.

You’re not getting the attention that you would get normally. The deep dive in the research that you can do is an issue for me, too. It was more or less like, people who are into self-defense and people who believe in preparing. None of these people are and none of our regulars were scrambling and trying to get to the gun store, right? You own ammo and maybe a couple firearms. Maybe pick up a couple extra things. It’s mostly people that aren’t very familiar with guns, that aren’t very familiar with the industry who are really panic buying and whatnot.

Guns.com: If you could put a ballpark a percentage of the people of new gun owners, people who had never bought a gun before, who came in the past week, what would that be?

Campbell: That is the overwhelming majority. Out of 10 people that came in, I would say roughly 8 to 9 were new purchasers. I would say that the remaining out of that 10 were people that were new or relatively new. Perhaps maybe they owned one firearm and just wanted to make sure they were going to be able to acquire some ammo for their one weapon. I would say there was some, but very few, what I would consider regulars. It was a lot of new people.

Guns.com: What would be your advice to those new gun owners?

When you’re into firearms, it’s not like if you’re into like kites or into snowflakes or anything like that, there’s like a whole legal angle you have to be aware of to be a gun owner to be a responsible gun owner. There’s so much extra liability and there’s laws that are written that specifically apply to just gun owners and I don’t think a lot of people realize that.

I would just say absolutely train but go beyond just the gun training. Get involved in and become knowledgeable about the legislative side of it, the legal side of it. There’s a whole different universe, a legal side, which is equally as important in many ways [as marksmanship]. There’s so many misconceptions about guns and the laws around them because there’s so many laws.

Guns.com: Is there anything else you would like to add? Anything you want our readers to know?

Campbell: It’s such a crazy time right now for all of us in the industry. It’s funny because the media and whatnot always portray people that own guns as paranoid. It’s interesting because of all of the gun guys I know, all of the guys that I know that are into prepping and training for self-defense, there’s really no hysteria or anything. In fact, most of the guys I know are kind of more or less just conducting their lives sort of the way they did. Minus, you know, different things like the kids being home from school.

It’s really the non-gun people who are really, really up in arms, sort of like freaking over this. It’s also interesting to me how many people that we’re seeing who were against guns or, you know, supported what they referred to as “common-sense gun laws” who are not talking about that anymore. How many calls that I get from people that I know like that who are now interested in owning a gun and who want to own a gun. Nothing against them, God bless them for it, for realizing something that a lot of us in the gun business already have known forever.

I can’t help but feel how ironic that is. That all it takes a little bit of fear and all of a sudden, they understand something that me and most of my colleagues have known since we were children, you know? I think that’s worth pointing out. I would say, too, if you’re new to guns, don’t be annoying. Go into this new industry and be polite and learn and have an open mind and don’t have an ego. Understand it’s not like buying toilet paper. You know, there’s different aspects to it.

Looking for your own gun? Check out the Certified Used Guns from Guns.com by clicking here.