It didn’t take long for the public to start questioning the authenticity of the video. Various online sleuths compared the footage with that of the world-famous Knob Creek night shoot which takes place twice a year near the town of West Point, Kentucky. The footage was strikingly similar. In fact, one post showed what appears to be the same video that ABC used, only with a crowd of onlookers at the bottom of the screen.

The day after it first aired, ABC pulled the video and posted an apology. “We’ve taken down the video that aired on World News Tonight Sunday and Good Morning America this morning that appeared to be from the Syrian border immediately after questions were raised about its accuracy. ABC News regrets the error.”

The criticism was almost as fierce as the gunfire in the video. Even President Trump chimed in on Twitter: 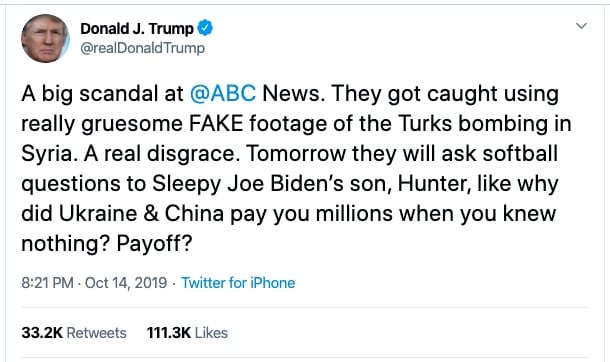 Meanwhile, the Knob Creek Gun Range didn’t mind ABC News running its footage, actually thanking them on Facebook. “We’d like to thank ABC news for the free advertising on our Bi-Annual Machine Gun Shoot and Military Gun Show!! Keep up the good work ABC News!!” Knob Creek Gun Range even went as far as marking themselves safe from invasion. 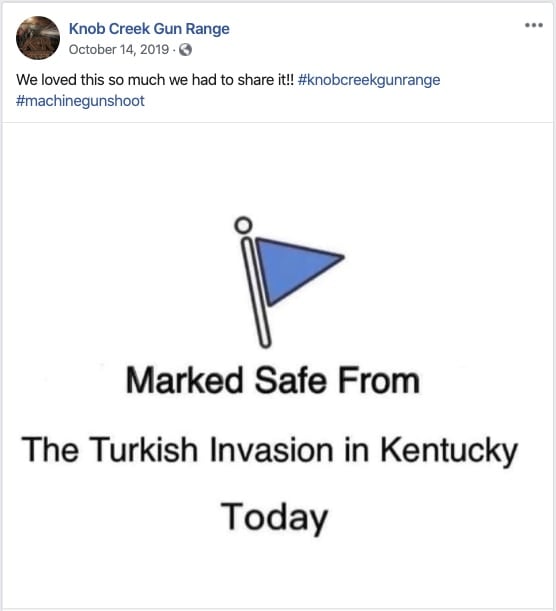 Unfortunately, the April Knob Creek Machine Gun Shoot was canceled due to the Coronavirus; however, you can still enjoy the event by watching a short documentary about it below, as well as many other videos we’ve filmed there.