The Difference Between a Basic and Expensive M1911 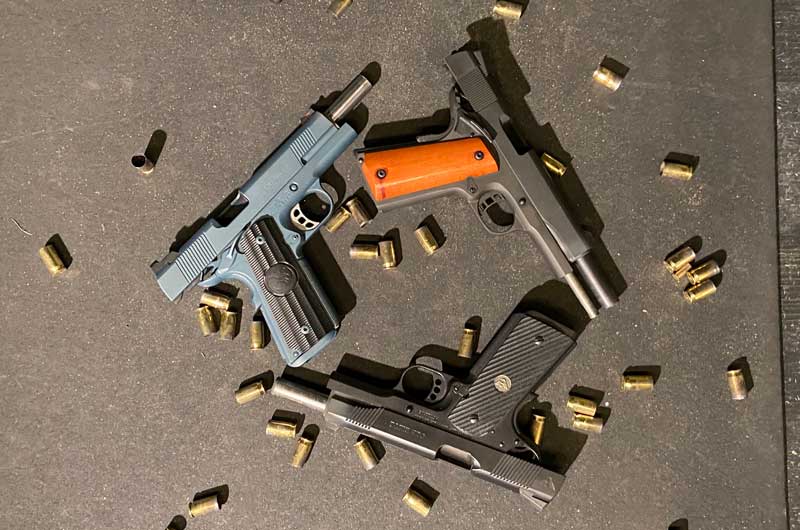 If you’re new to the world of M1911s, you might wonder why prices vary so wildly — running the gamut from a few hundred bucks to thousands of dollars. After all, the design is over 100 years old and it’s made in some form or another by most major gun manufacturers.

We sniffed around the Guns.com Vault to find some 1911 models to compare head-to-head. The M1911 has evolved a bit to include different sizes but for this comparison, we selected full-size 5-inch Government models. It should be noted that due to these being Certified Used Guns we don’t know whether any aftermarket work has been done on these guns.

What are the major differences? 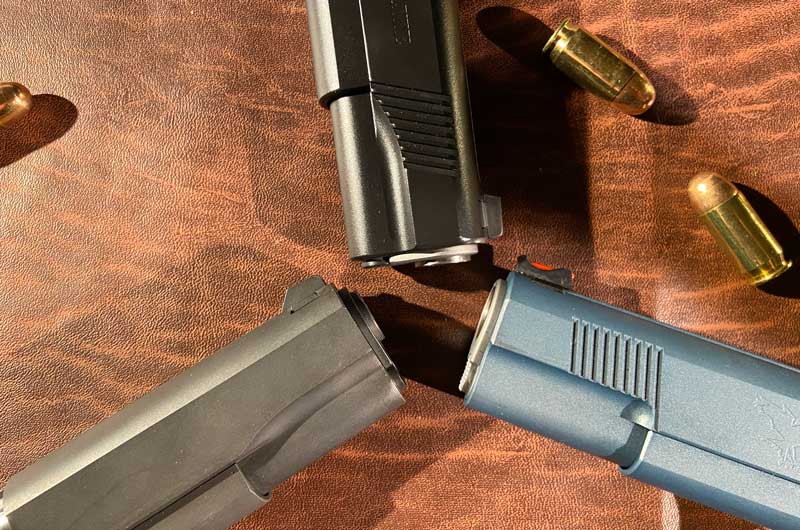 How are these three pistols different? It’s all in the details. (Photo: Seth Rodgers/Guns.com)

On the onset, the specs are more or less identical from one model to the next with overt differences coming down to aesthetics like finish, grips, mainspring housing and sights. So, what sets apart a $3,000 M1911 from its $500 counterpart? That price difference is determined by all the little things you can’t see, some of which don’t have an MSRP.

All the Basics – Rock Island Armory

The Rock Island Armory GI Standard MS served as our entry-level option. With a price tag under $500 and a proven track record, the RIA model seemed to be an optimal choice for budget-minded shoppers. This model is a classic throwback with parkerized steel and wood grips bringing back memories of yesteryear. If you’re on the lookout for something with a vintage look this would be a good starter. 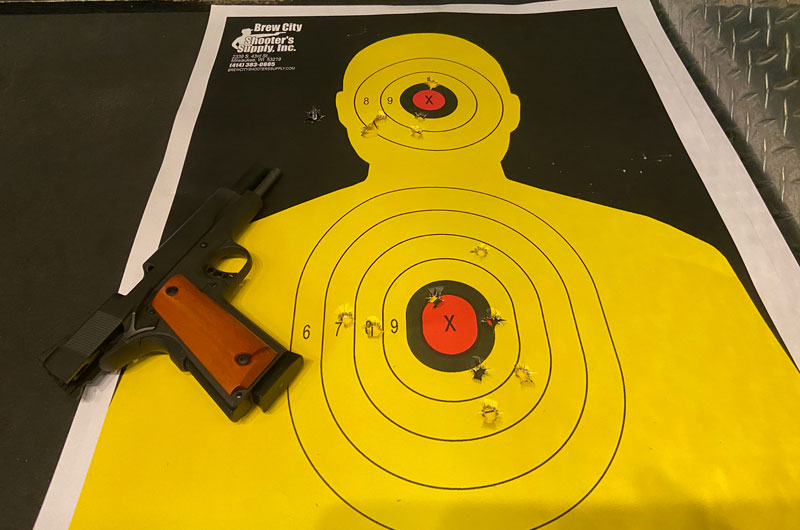 Two magazines from 20 yards away, the RIA proved to be a competitive pistol. (Photo: Seth Rodgers/Guns.com)

The flat wooden grips don’t provide a lot of traction and the lack of aggressive checkering on the front also made for a less secure grip. The trigger felt like it had a tad bit more weight to get through but it’s still a SAO M1911 trigger, preferable to many of the CCW guns today. Though not comparable to either the Wilson Combat or Nighthawk, the RIA’s trigger was good enough for government work.

The RIA 1911 cycled through Winchester ammo with no issues. Rock Island M1911s are manufactured in the Philippines and distributed through Armscor in Nevada.

GET A RIA TODAY!

The Grandpappy of Customs – Wilson Combat

Wilson Combat makes some of the finest custom M1911s in the country. (Photo: Seth Rodgers/Guns.com)

When Bill Wilson began making M1911s in 1977 he did so out of necessity. “Everything out there [at the time] was too loose-fitting, so that’s why he started,” Randall Robinson, Manager of Customer Service at Wilson Combat told Guns.com. A lot has changed since Wilson Combat started as a single gunsmith shop and Wilson has built the brand into something revered by shooters and manufacturers alike.

We got our hands on a CQB Elite which was as impressive to shoot as it was to look at. Unlike the RIA this Wilson Combat is 100% American made down to the parts. Also, all Wilson Combat guns are hand fit, something you won’t see out of the Rock Island Armory M1911. This means everything is made “a hair oversized,” Robinson told us, “so they fit together perfectly when they are hand-built.” He added that anywhere between 20-25 people can touch a CQB Elite during its production lifespan. Each person is specialized in their job, making the final product that much better.

At the range, the CQB Elite performed like a high caliber athlete — a dominate showing in both accuracy and performance. The tighter tolerances made all the difference here. A lot of factors contributed to this dramatic turnaround, but it starts with the grip.

Unlike the flat wooden grips of the RIA, the CQB Elite features aggressive G10 grips sporting the Wilson Combat medallion. The grip does border on overly aggressive, but if you’re someone who likes a lot of texture then these suffice. The checkering on the backstrap and the front of the grip are also a nice addition. 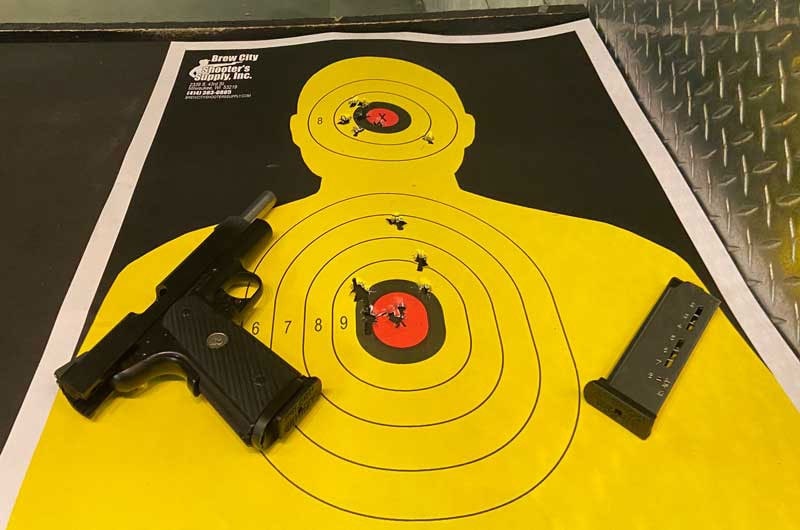 The CQB Elite proved to have the tightest groups at 20 yards. (Photo: Seth Rodgers/Guns.com)

The mag release seems oversized when compared to the RIA which, along with the flared magwell, make for easier reloads. Up top, you have night sights which are a very welcome addition — especially when compared with the RIA. The sights were easy to pick up and helped lend to accuracy, but the real star of the show is the trigger.

I let the Director of Training for my local range put a magazine through this gun. After firing, he called the trigger “surgical” and I can’t think of a better word for it. The trigger is short to the wall with a crisp break, with very little weight behind the pull.

It was a dream to shoot and it’s obvious a lot of manhours went into making these triggers top-notch. If you are looking to buy an M1911 for competition purposes, then this might be a good option, as it’s ready to go out of the box.

GET A WILSON COMBAT!

One Gunsmith, One Pistol – Nighthawk Custom

Unlike Wilson Combat, Nighthawk focuses on the one gunsmith approach. “One guy builds the gun start to finish and takes ownership of it,” said Mark Stone, president and founder of Nighthawk Custom.

I nabbed an Enforcer from the Guns.com Vault and the craftsmanship and attention to detail leaped out at me soon as I laid hands on this fine pistol. 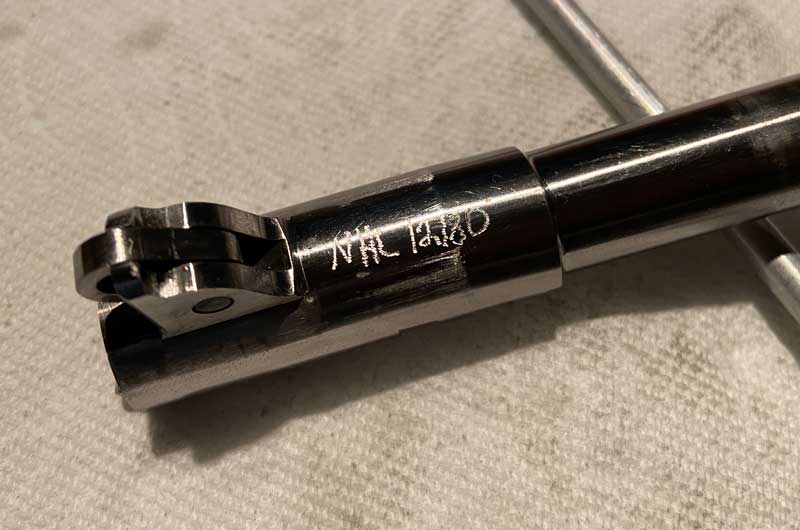 A telling sign of the one gunsmith approach from Nighthawk. (Photo: Seth Rodgers/Guns.com)

The grip on this gun has to be my favorite. It’s not overly aggressive yet it has enough texture to retain a firm purchase. The same can be said for the checkering found on the mainspring housing and front of the grip. You can feel the attention to detail.

“A lot of people do two to four hours to build a gun and we’re putting in 10 to 14 hours without prep or finish,” Stone told us. An almost mirror finish polish to the feed ramp is evidence of how much time is spent on the details of this gun. It pays off with both reliability and looks. 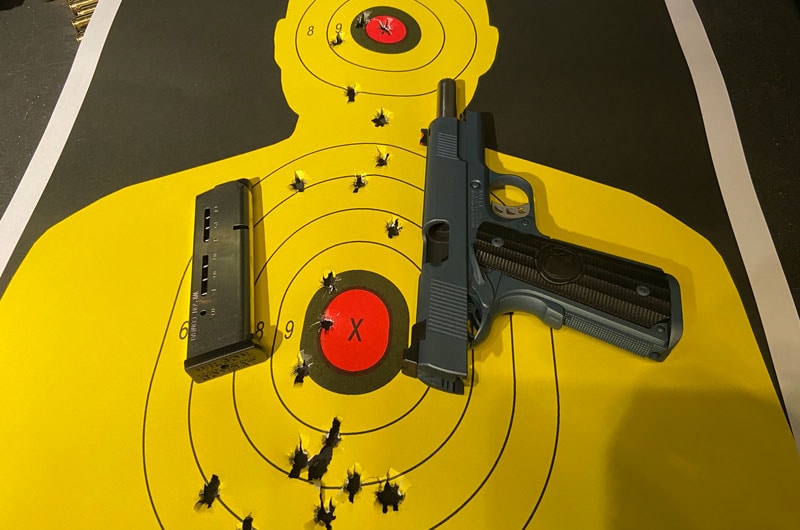 The Nighthawk proved to be the least accurate. As mentioned at the start of the article these are used and may have been worked on previously. Certainly the case with this gun as this is not a standard color. More practice and little fine tuning should set it straight though. (Photo: Seth Rodgers/Guns.com)

The gun functioned flawlessly but the look of the Enforcer sets it apart. I’ve always been a sucker for unique color schemes and I’ve never seen one quite like this. It was a head-turner at the range, drawing the gaze of a few and even some questions.

Like the Wilson Combat, the Nighthawk was a pleasure to shoot. The high vis orange front sight was easy to bring on target and the trigger was an easy pull to a crisp break. I was a little less accurate with the Nighthawk and felt like I needed a 6 o’clock hold to make it as accurate as I wanted. Even so, the gun was very accurate striking center mass at 20 feet.

You can’t go wrong with any of these guns. If you’re on a budget, go for the RIA. It was reliable and fun to shoot. If you want something you can pass down or jump into competition with then the higher-end options may be your go-to.

Both Wilson Combat and Nighthawk Custom are known for stellar customer service, which provides lifetime warrantees on the guns. In the end, it comes down to personal preference mixed with what you’re able to afford. 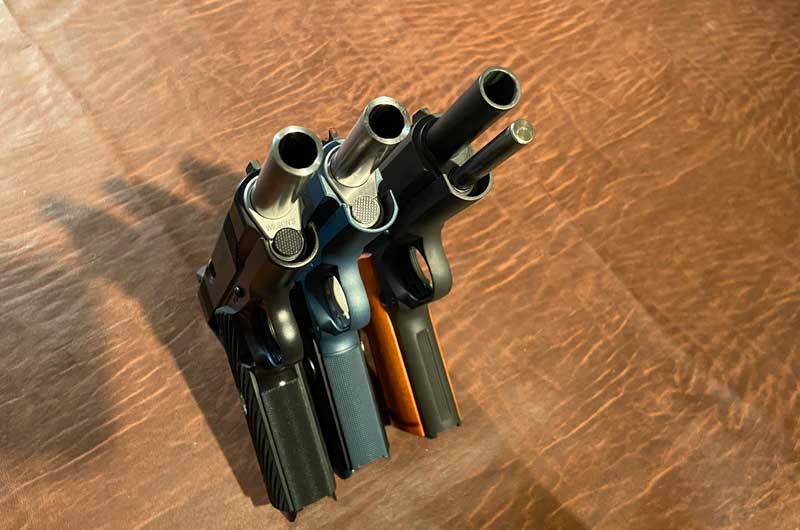 A closer look at the barrels of each of these M1911s. Note the difference in barrel thickness and guiderods (Photo: Seth Rodgers/Guns.com)