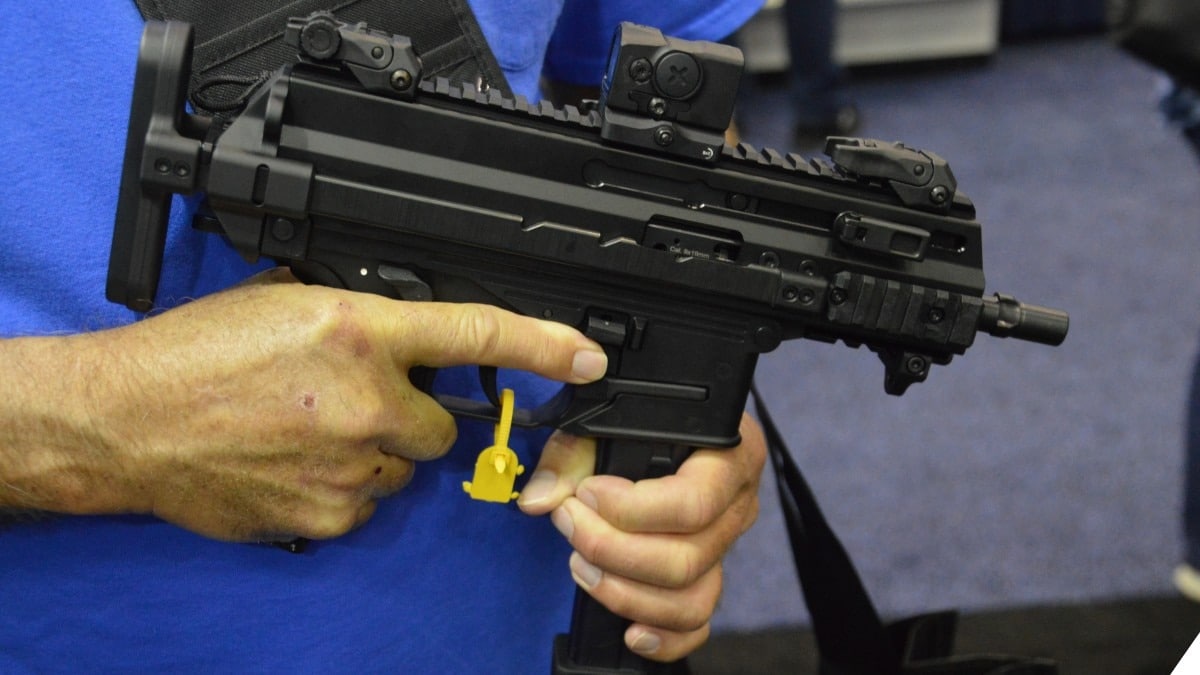 The B&T APC9K series has proven popular in both its SMG version with the U.S. Army and its semi-auto PRO series with law enforcement. (Photo: Chris Eger/Guns.com)

Intended for use in special service within the department, the ultra-compact APC9K PRO will be provided with lower receiver groups that are compatible with Sig Sauer P320 magazines. Other features will include B&T’s own three-lug QD suppressors, and Aimpoint sighting systems. The PRO series is a semi-auto 9mm.

“B&T has a long history of supplying local, county, state and federal law enforcement agencies with top-tier products, and we are honored to provide Miami Beach Florida Police Department with B&T’s specialized equipment to help them with their challenging assignments,” stated Tim Nickler, President and CEO, B&T USA. 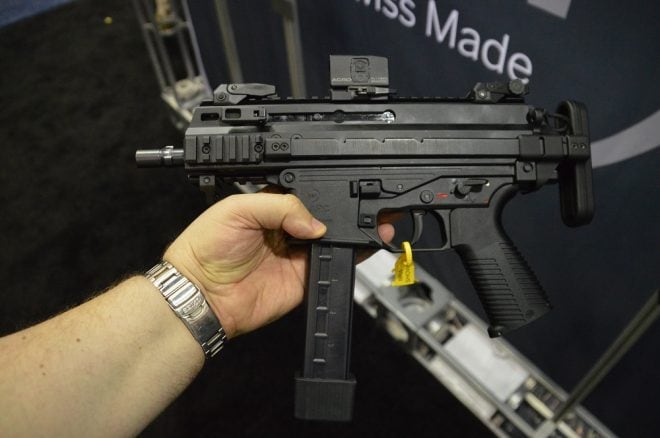 The standard APC9 is a 9mm blowback action three-position select-fire SMG that fires from a closed bolt at a cyclic rate of 1,080 rounds-per-minute. The APC9K, with the final letter in the designation short for “kurz” or short, is a more compact version with a 5.4-inch barrel and 13.6-inch overall length with the stock fully collapsed.

The select-fire APC9K last year was the winner of a contract with the U.S. Army for a small run of guns, dubbed “Sub Compact Weapons,” to arm the military’s Personal Security Details. The contract, which saw as many as 13 gun makers express interest, required firearms, “capable of engaging threat personnel with a high volume of lethal and accurate fires at close range with minimal collateral damage.”