Texas/Wyoming-based Magpul  tapped into a long-forgotten yet golden vein of gun culture this week in a short, but captivating video on an obscure machine gun.

“You’ve seen those magical Japanese gun videos on YouTube right? Relax with some socially-distanced, roller-lock action,” said Magpul on social media as the only preface to 67 seconds of enthralling footage of a Michael’s Machines MM21E 7.62 NATO belt-fed in action.

The MM21E is a nominally semi-auto clone of the Heckler & Koch HK21E GPMG, but Magpul’s version is set to full Freedom.

The callback, for those scratching their heads, is an ode to Fuji Television Network’s classic Guns of the World series, which circulated widely on VHS tapes in the late 1980s and early 1990s. The formula for the hour-long GotW volumes was simple: show off a neat-o gun, typically select-fire, alongside superimposed specs and then run it on slow-mo for a mag/belt or two with a soundtrack comprised of a soothing background Toshiro Mifune-esque narrator and saxophone-heavy, syntho instrumental muzik.

Magpul really put some effort into their homage, including adding an effect that mimics a low-rez videotape dub watched with a $99 Magnavox TV-top VCR with dirty heads. Further, the closed captions, when switched to an English auto-translate, are gold. 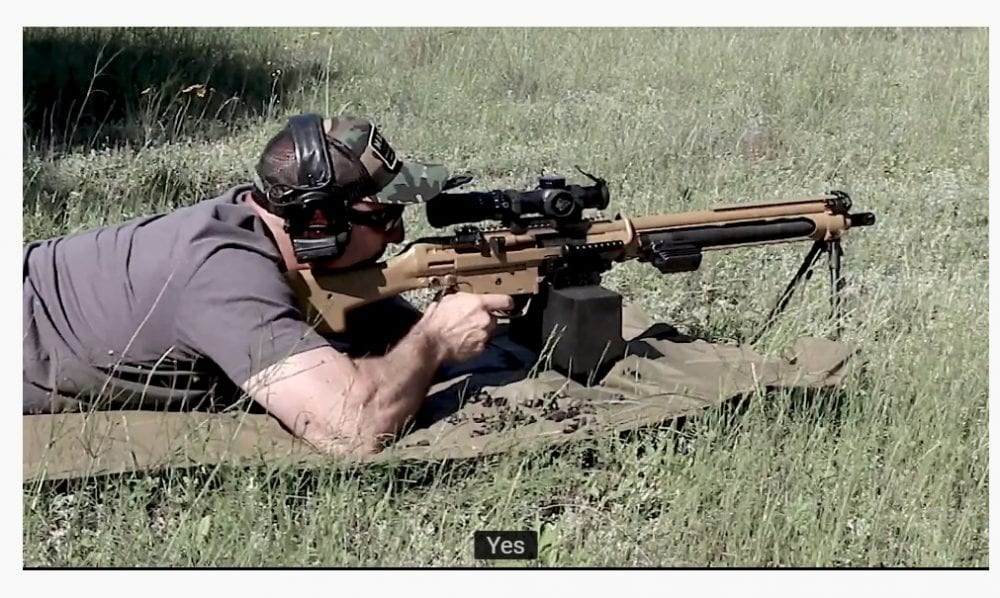 Thanks, Magpul, we needed this.