12 Books for Gun Nerds During Quarantine 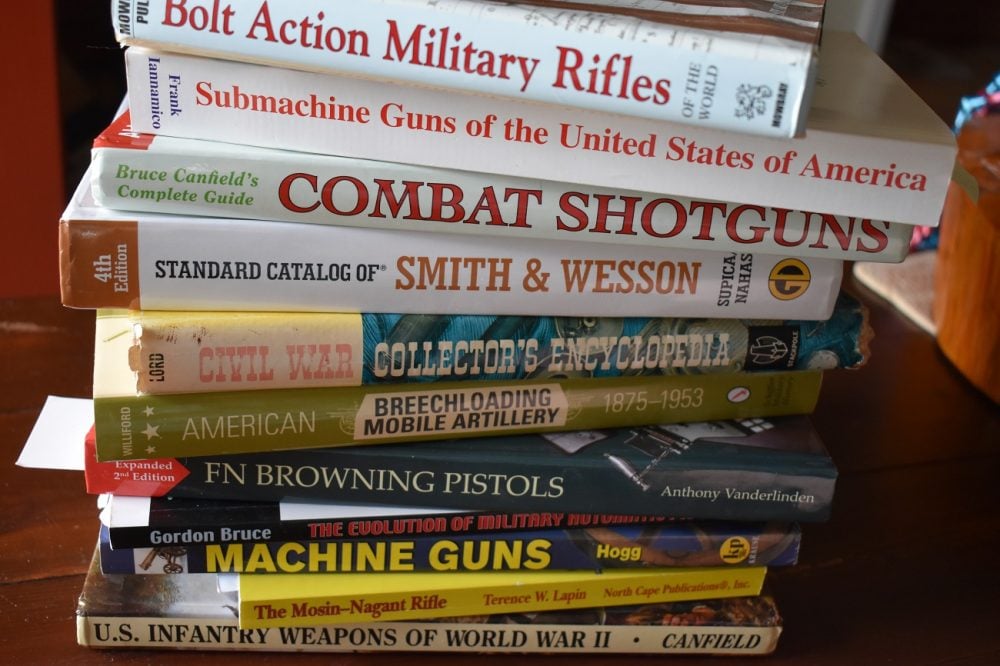 Crack a book and drink in some gun knowledge. (All photos: Chris Eger/Guns.com)

With some of us spending more time around the house lately, we thought about a list of great books geared to those who are fans of guns.

In no particular order: 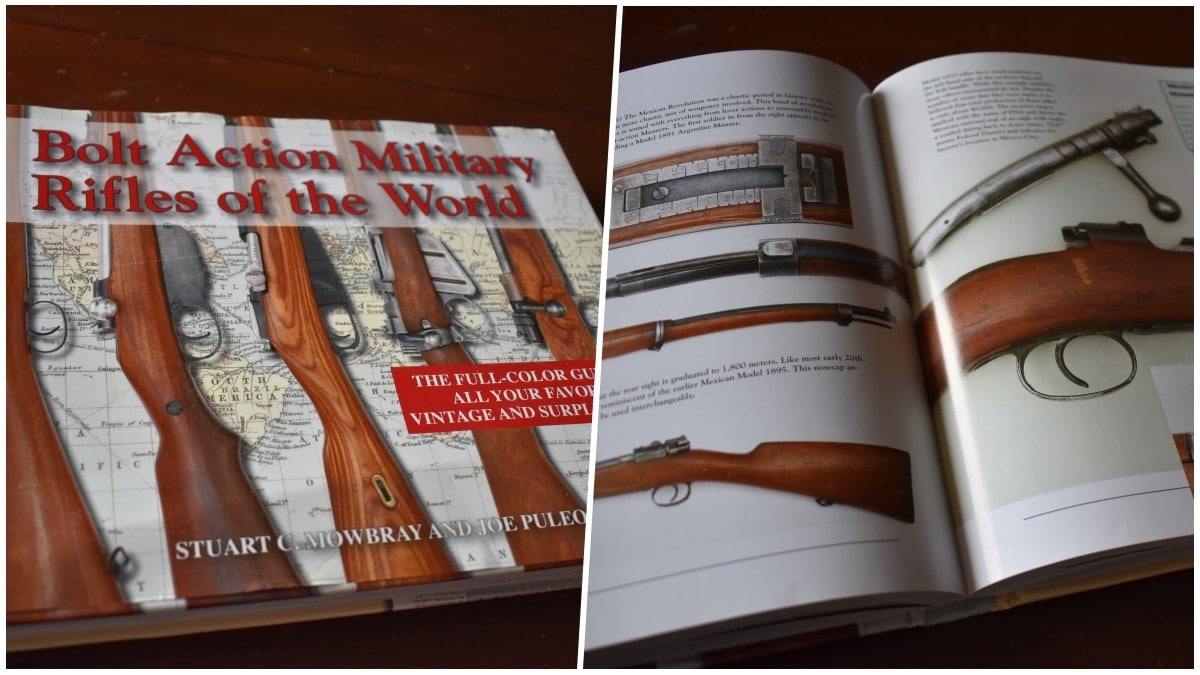 It’s hard to go wrong with this one if you are a milsurp fan.

By Stuart C. Mowbray and Joe Puleo, this coffee-table-sized tome is written by the guys behind Gun Collector Magazine and covers everything bolt-action and milsurp from common Mausers and Mosin-Nagants to more obscure rifles from around the globe. It’s filled with more than 2,400 photos and is a must for those looking to find out what those markings mean. 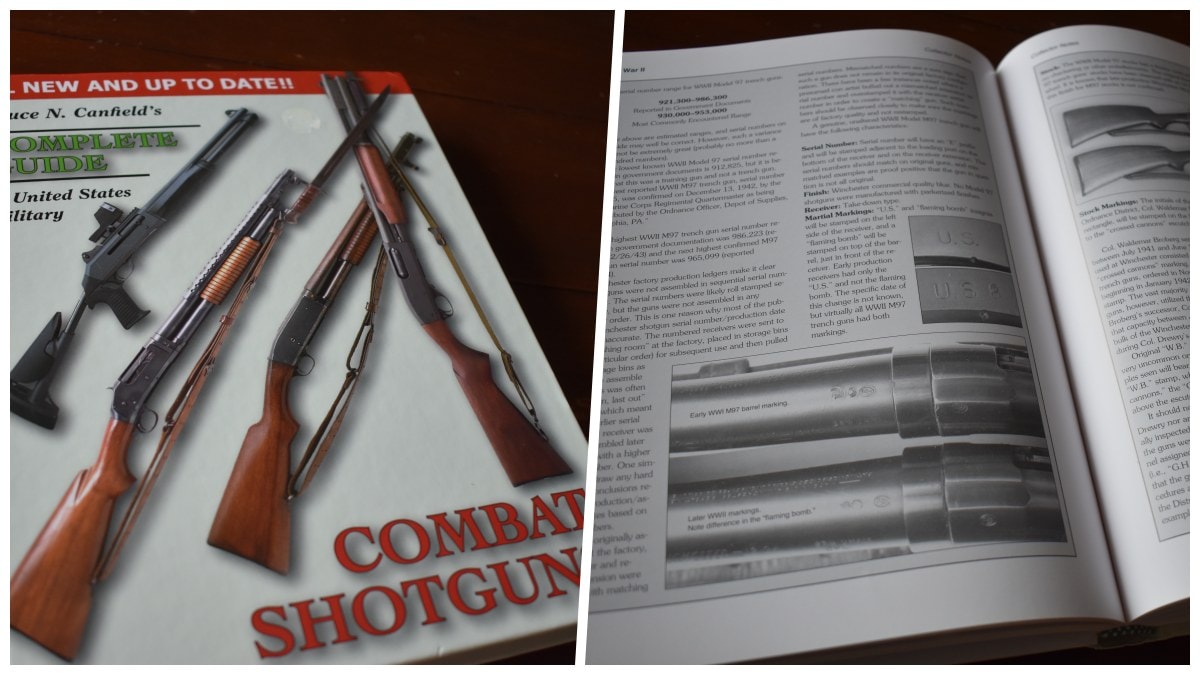 By Bruce N. Canfield, who has probably published more about American military firearms than anyone walking around today, this volume is hyper-focused on U.S. martial shotguns. While everyone knows about Winchester Trench Guns, you would be surprised just how diverse and expansive the American scattergun obsession is and how many different shotguns from Stevens, Remington and others were pressed into service. The book also is invaluable in holding a class on how to spot fakes. 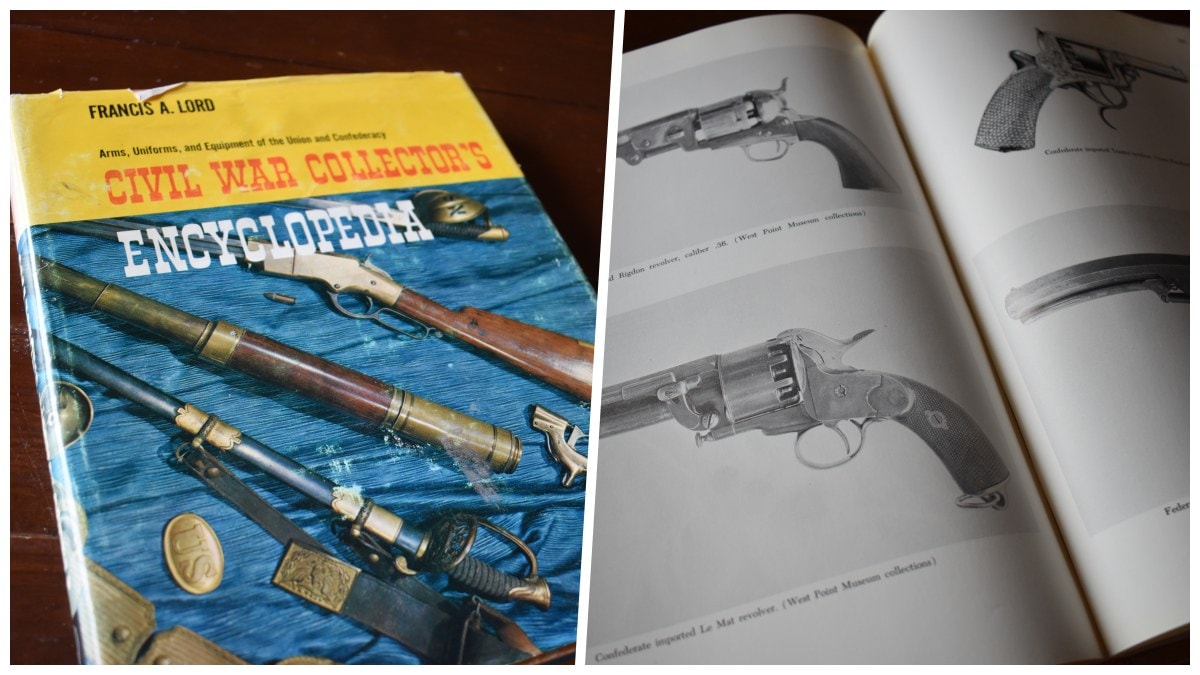 By Francis Lord, this bad boy has been around since 1965– the Centennial of the end of the Civil War– and covers not only the incredibly diverse uniforms and equipment of the conflict but also the arms, which came from around the globe. There is a reason why this book has been in publication for over 50 years. 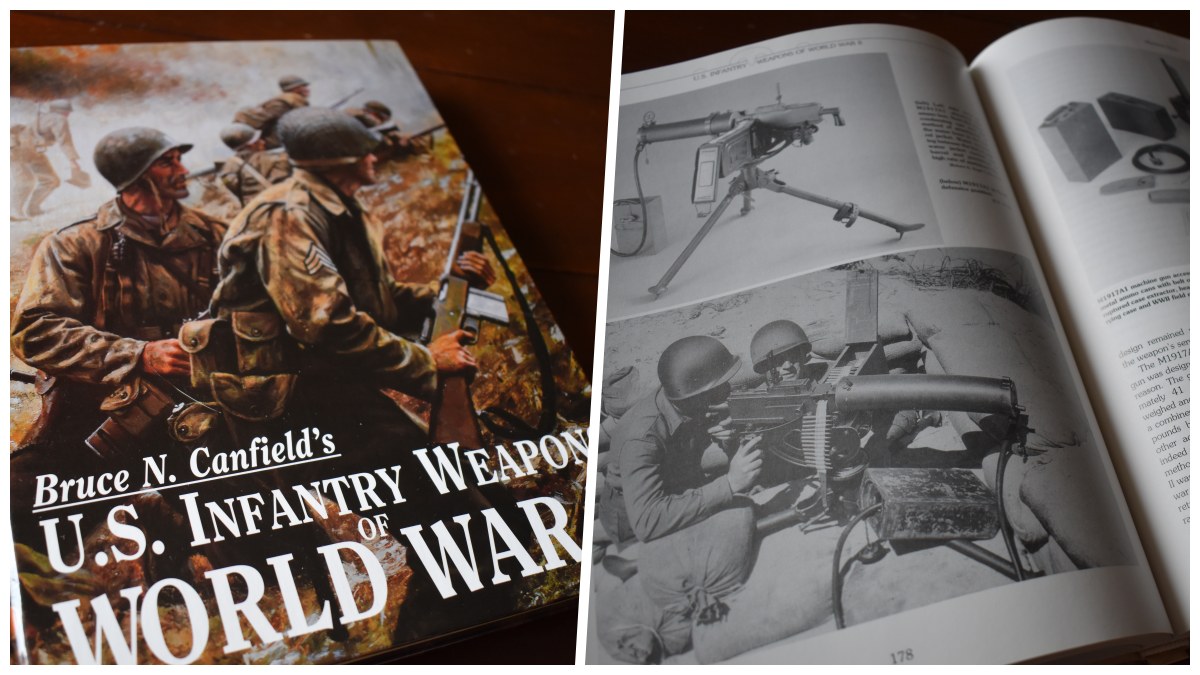 This book will leave you clear that the “M1” designation in WWII applied to a rifle, a carbine, a sub-gun, a bazooka, a helmet and a flamethrower.

Another of Mr. Canfield’s excellent works, this one touches not only on U.S. martial shotguns of WWII but also on machine guns, handguns, rifles, trench knives, bayonets, subguns, mortars, and flamethrowers. Hey, the more you know… 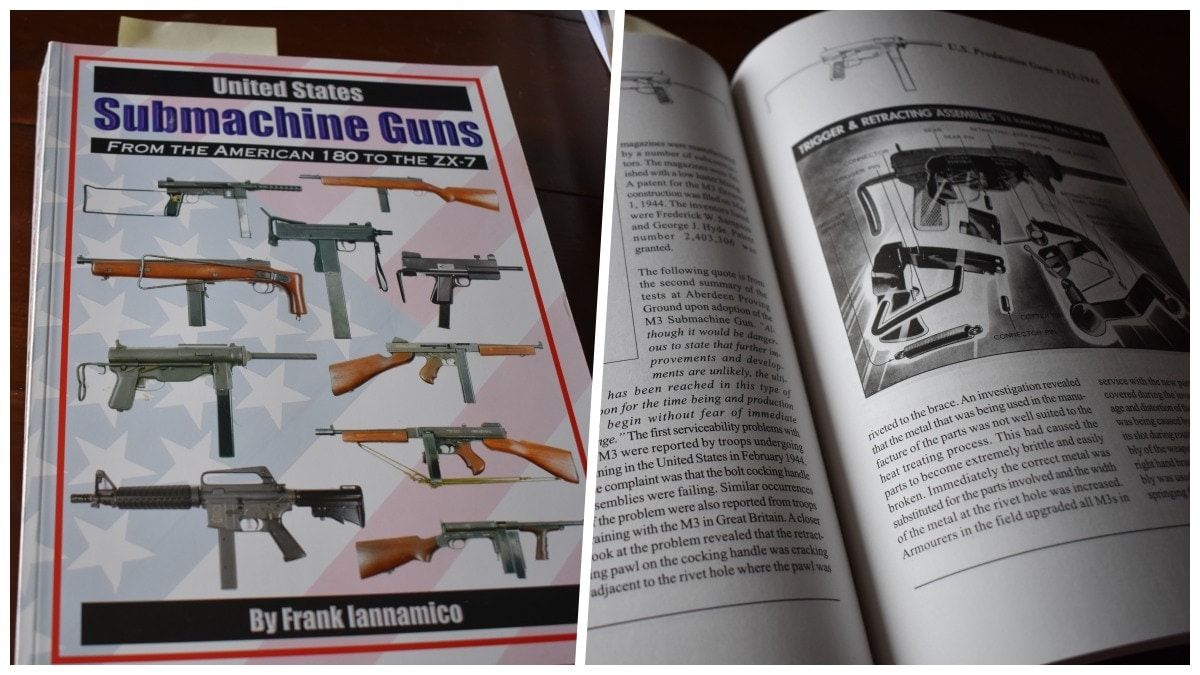 By Frank Iannamico, author of a series of books as well as dozens of in-depth articles in Small Arms Review, this book is a deep dive into the world of American burp guns from the experimental to the most common. For fans of room brooms, this is a no-brainer. 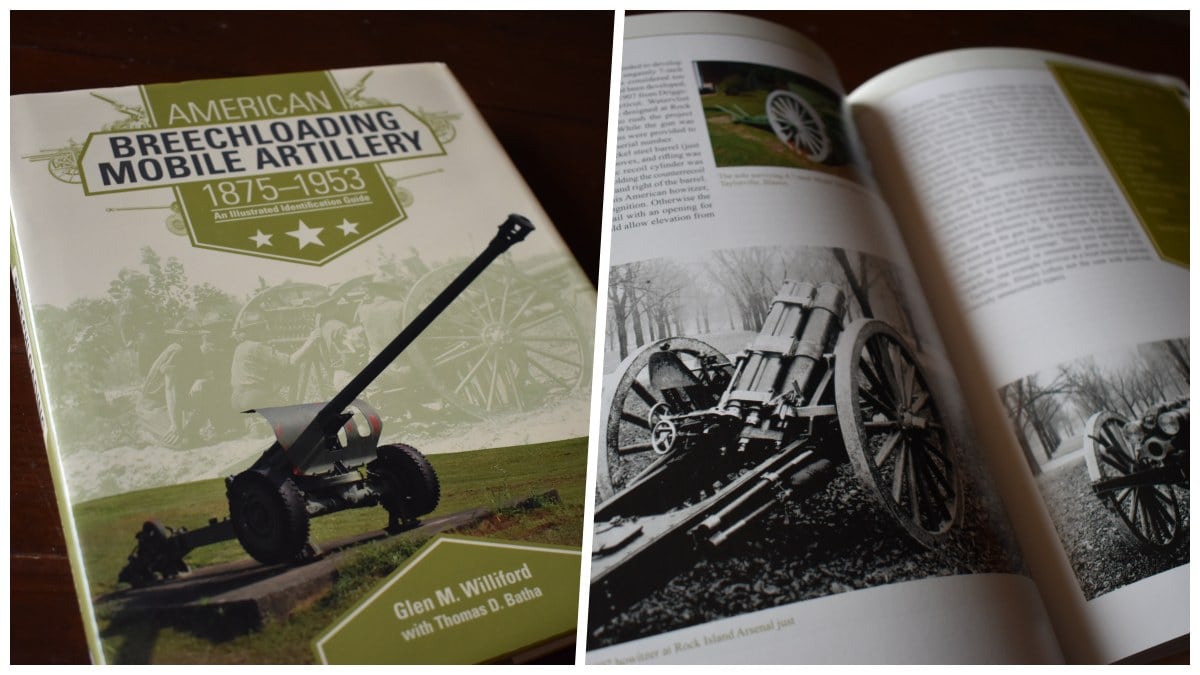 By Glen M. Williford, this look at U.S. military artillery pieces from just after the Civil War through the Korean conflict is an illustrated guide to all the things that delivered serious fire support for generations of GIs and Marines. You’ll find yourself passing random city parks and pointing out the window while saying, “Yup, that’s a 75mm pack howitzer on an M8 airborne carriage. When you want to toss an artillery piece out of a C-47 over France in 1944, that’s what you’d go with.” 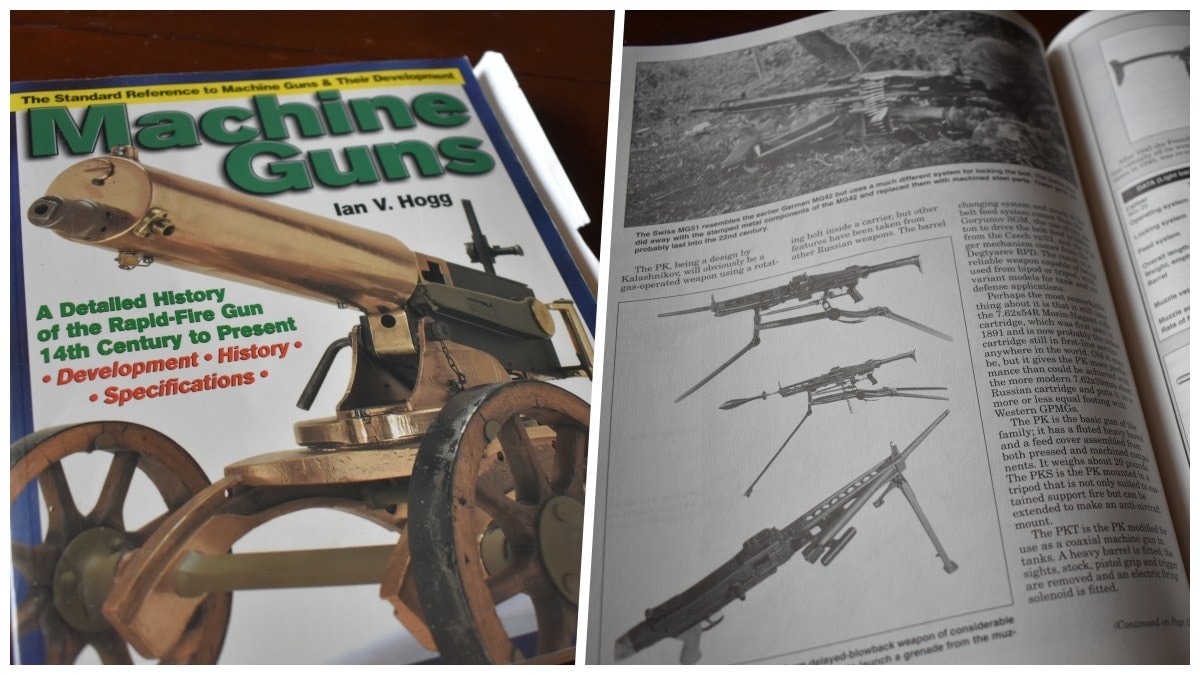 If you ever find yourself getting into an argument and bringing up the Puckle Gun, go ahead and check out this book.

By the late Ian V. Hogg, a retired British Army Master Gunner who had a hand in something like 150 books on weapons, this single-volume work is fairly comprehensive for its size and includes a lot of background knowledge and cutaway diagrams of everything automatic since the rapid-fire battery guns of the late Middle Ages. Yup, they have been around since then. A great companion work in the public domain is Chinn’s four-volume reference on machine guns. 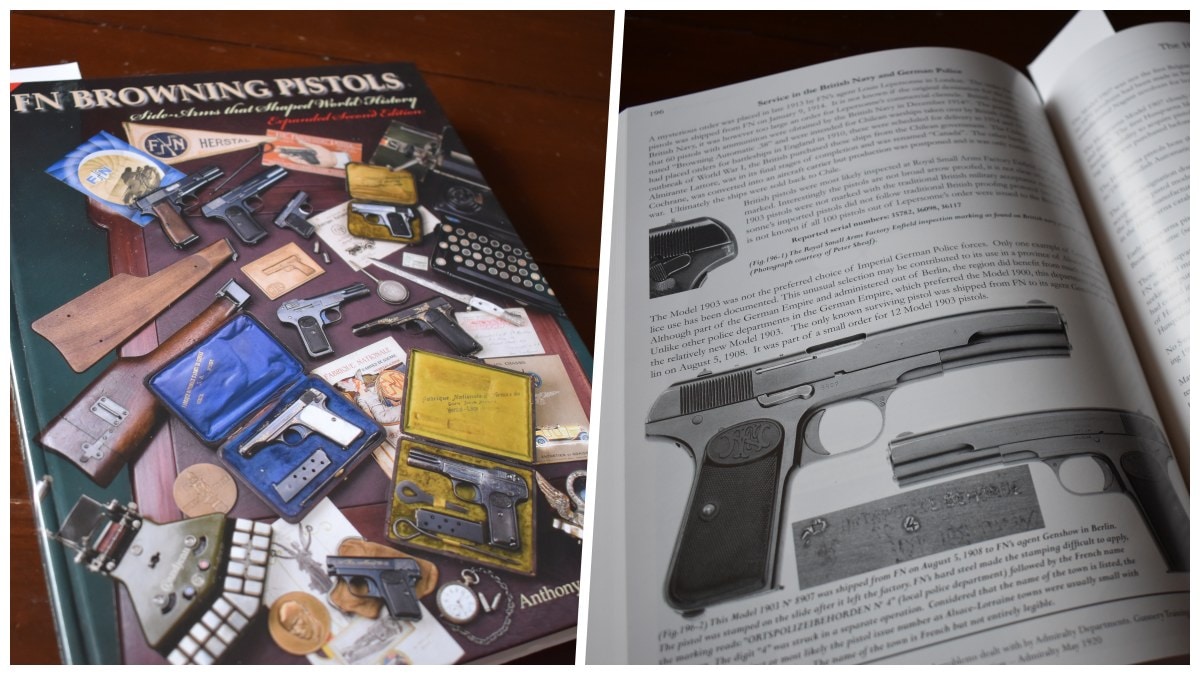 Why do the grips of your Hi-Power have red backs? Vanderlinden knows.

By Anthony Vanderlinden, this comprehensive book on FN-made handguns is subtitled “Side Arms that Shaped the World History,” and for good reason. Carried in every conflict from the 1900s onward, FN/Browning pistols were used practically everywhere and Vanderlinden explains the minute differences in their evolution, production, markings, and the like. 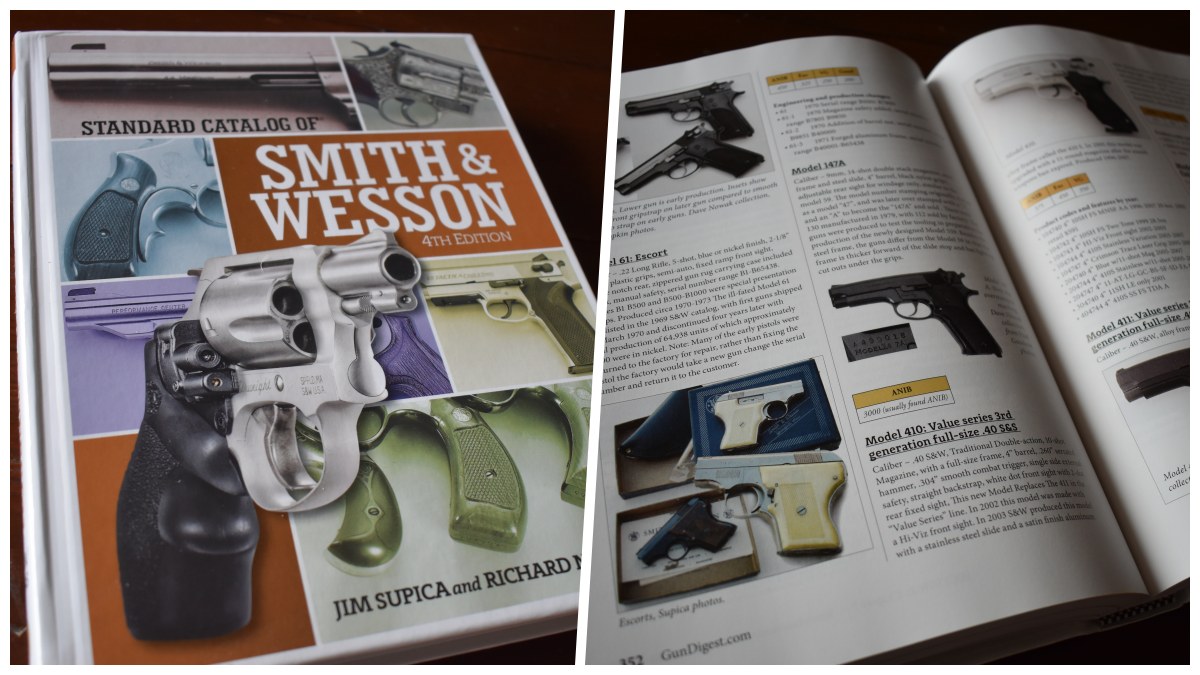 For S&W fans and collectors, this is a religious text.

By Jim Supica, of the NRA Museum, and Richard Nahas, this reference is the equivalent of Vanderlinden’s work on FN pistols but for the handguns of Big Blue. Extremely detailed and encyclopedic, be aware that there are several editions of this work as the title has been around for more than 20 years.

The Evolution of Military Automatic Pistols 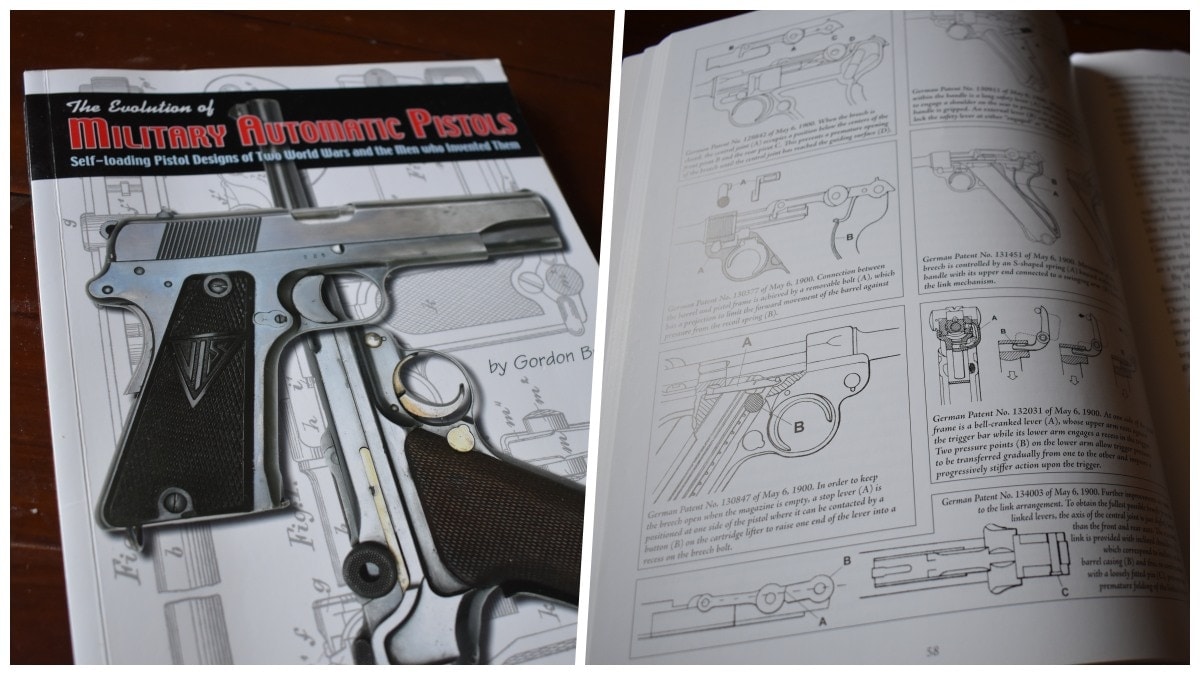 By Bruce Gordon, this 150-page book should stand as fundamental reading when it comes to 19th and 20th Century inventors of self-loading pistol designs. From such well-known handgun wonks as John Browning to the works of Czech inventor Frantisek Myska, they are all here. 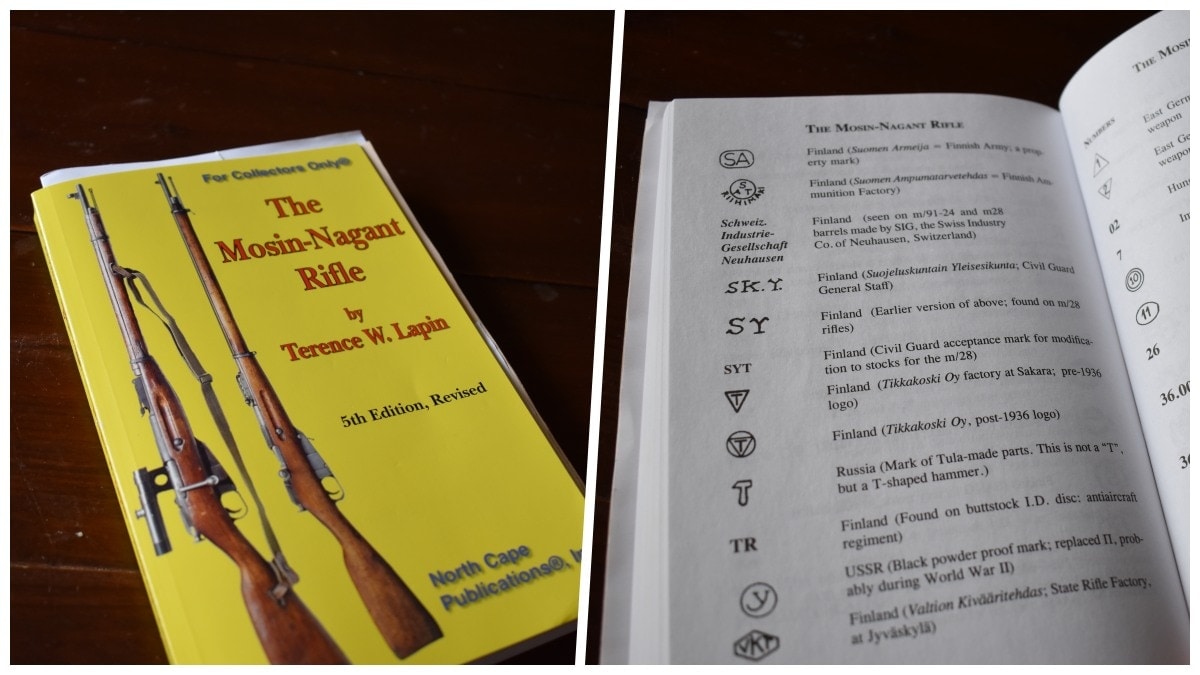 By Terence W. Lapin, this North Cape Publications book is a solid read for any “nugget” fan and can help decipher just who made your gun, when and were. Keep in mind that the Mosin-Nagant is likely the most-produced bolt-action rifle ever made and has been cranked out not only in Russia but also in countries as diverse as France, the U.S., and China.