Look at This Historic Enfield Rifle from the Civil War

John Russell is a Civil War Historian and Collector who brought a historic Enfield rifle to show off at a Texas Independence Day Party in late February.

This Confederate Enfield has been authenticated by Russell who pointed out the marks of authenticity. The most important marking can be found on the stock of the rifle. The “SC” marking indicates that this rifle was purchased from England for use in the South Carolina militia. 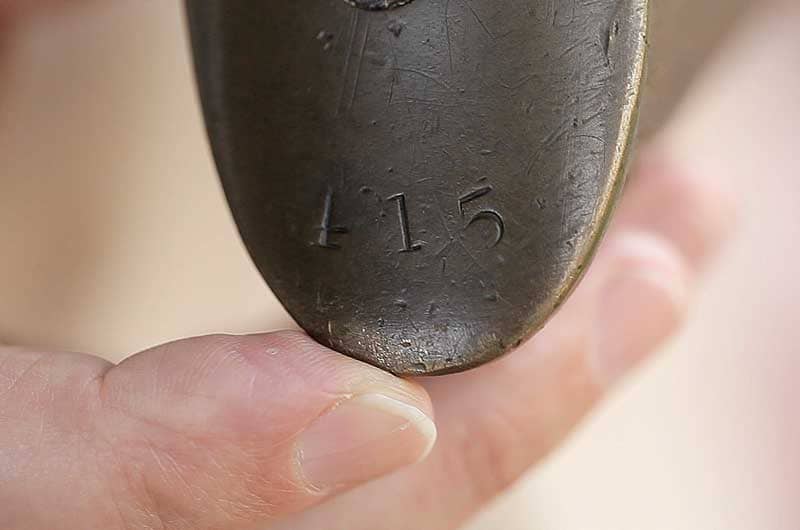 The serial number of the P53 Enfield shows this to number 415 in the lot. (Photo: Don Summers/Guns.com)

On the lock plate of the gun, you can see “Barnett London” still clearly visible. On the butt of the gun, you will find the shipping number — this rifle happens to be number 415 of the lot. Russell assumes that this rifle saw heavy wartime action during its lifetime based on the marks on the gun.

For starters, the ramrod is a replacement signifying that this rifle was used extensively. It’s also missing both its rear sight and sling swivel which Russell points to as indications of heavy use. 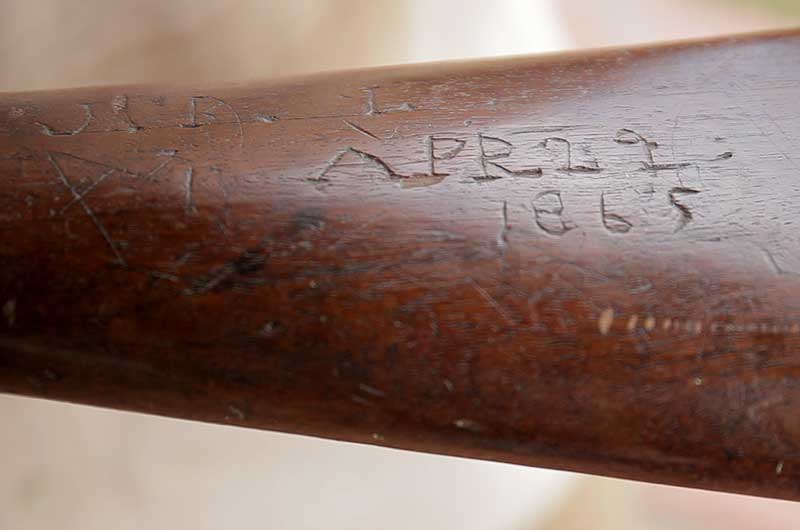 A soldier inscribed his initials and the date into the gun. (Photo: Don Summers/Guns.com)

One of the most fascinating markings on the gun is carved initials in the stock of the gun. “J.B.L.” is visible along with a date “Apr 29 1865” right below the initials. This roughly corresponds to Confederate General Joseph E. Johnston’s surrender to Union General William T. Sherman at Bennett Place.

This is culturally and historically significant as this is seen as the last major surrender of Confederate troops, effectively ending the war. Though we don’t know exactly why this is scrawled into the stock, it remains a piece of history — which is the fun in collecting.

It is estimated that upwards of 900,000 P53 Enfields were imported into the Americas during the Civil War, with the Union Army purchasing some 505,135 of the rifled muskets during the conflict and the balance purchased by Confederate agents in England.

Looking for your own collectible gun? Check out the Guns.com Collectors Corner to own a piece of history today.