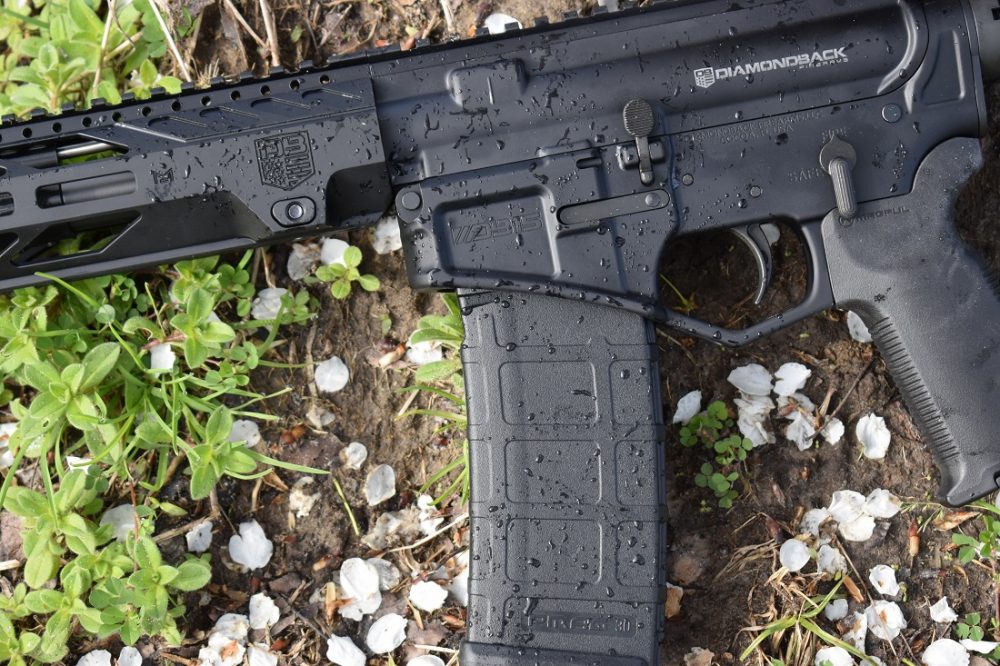 Diamondback has been making its DB15 series ARs for years, and their pistol line is constantly expanding. (All photos: Chris Eger/Guns.com)

For the past several weeks we have been knocking around a Diamondback Firearms Co. DB15 series AR-style pistol. Here’s what we found out.

Diamondback, located in Cocoa, Florida in the Gunshine State’s Space Coast, sprang on the scene over a decade ago with their popular compact DB9 pistol offerings and has since grown into one of the most prolific gun makers in the country. As we found out last summer during a factory tour of their facility, the company these days is shipping out upwards of 2,000 all-American-made guns a week.

Big in Diamondback’s catalog is their DB15 series carbines and pistols. In this initial review, we are taking a closer look at one of the shortest of the latter, the 7-inch barreled DB15PDS7B model. Sure, longer barrels give you more complete propellant combustion translating to more velocity imparted to the projectile, but that is an argument to get into in a separate piece. For those who want longer barrels on their AR pistol, Diamondback offers DB15 handguns in a 10-inch format as well.

While some DB15 pistols in the past shipped sans brace, or include an SBA3, this example has a Gearhead Works’ Tailhook Mod 2, which Diamondback seems to be switching to exclusively on their handgun builds. Using 7075-T6 aluminum receivers, this DB15 pistol is chambered in 5.56 NATO (the company also offers 7.62x39mm variants) and uses a heavy 4150 ChromeMoly barrel with 1-in-8 RH rifling. It also comes standard with a KAK Industry 1/2-28TPI Flash Can muzzle device– another feature increasingly standard on Diamondback’s new DB15 pistol line.

The result is an AR-pattern handgun that runs a very compact 23-inches overall with the brace compacted and weighs in at 4.53-pounds, unloaded, with a set of Magpul MBUS sights installed. 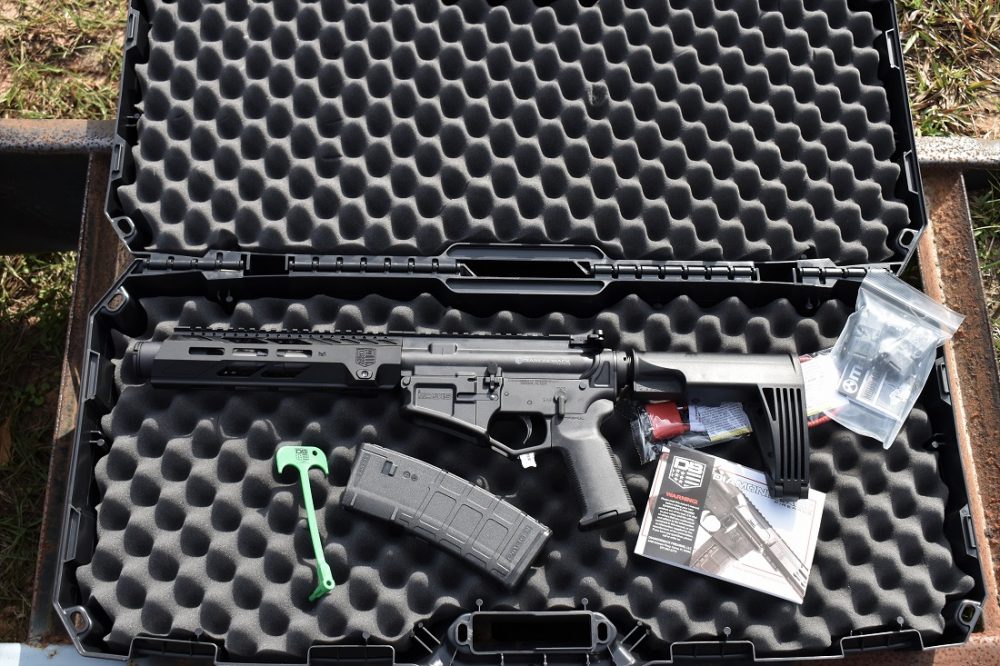 The pistol ships with a single 30-round PMAG and our model included a Magpul MBUS set. 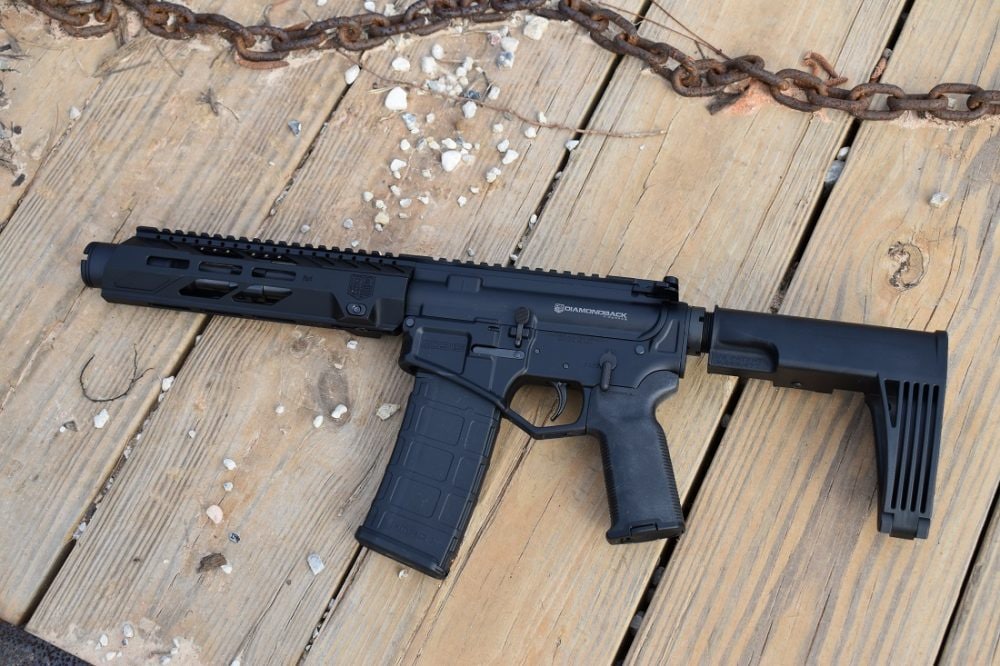 The pistol has an A3-style flat-top upper receiver with 14-inches of Picatinny rail that runs from the end of the charging handle to within a couple of inches of the end of the Flash Can. 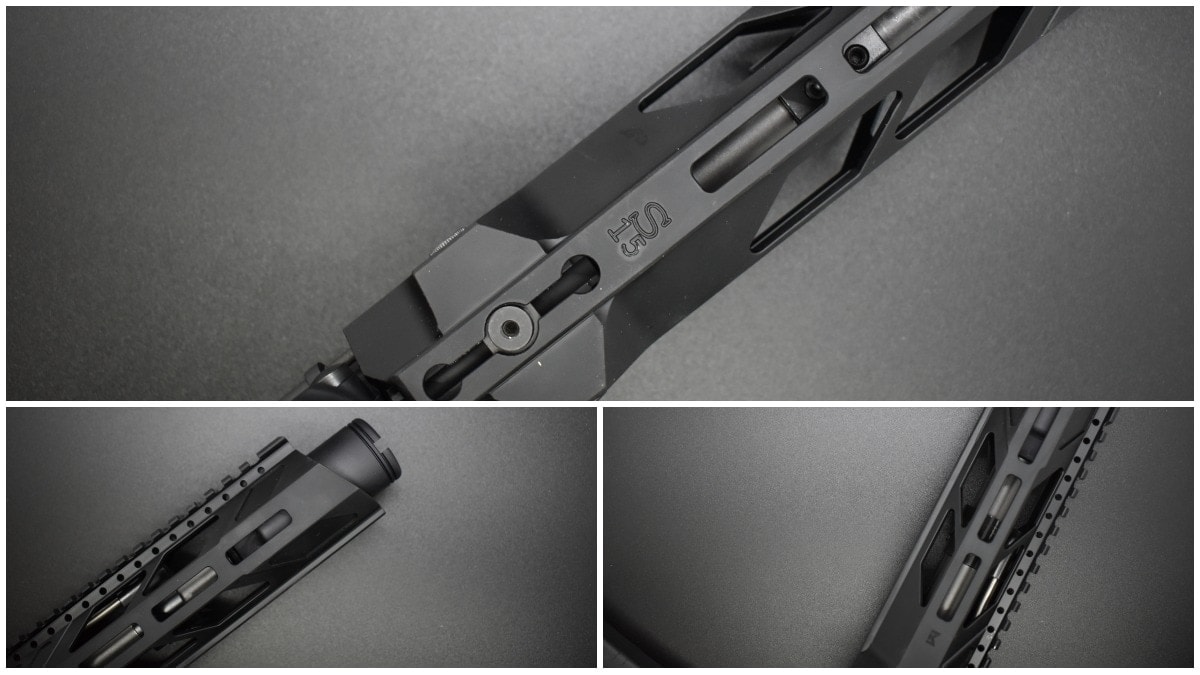 The barrel has a pistol-length gas system and is wrapped in nine-slot MLOK anti-rotation S-rail with a trio of slots at the 3-, 6-, and 9-o’clock positions. 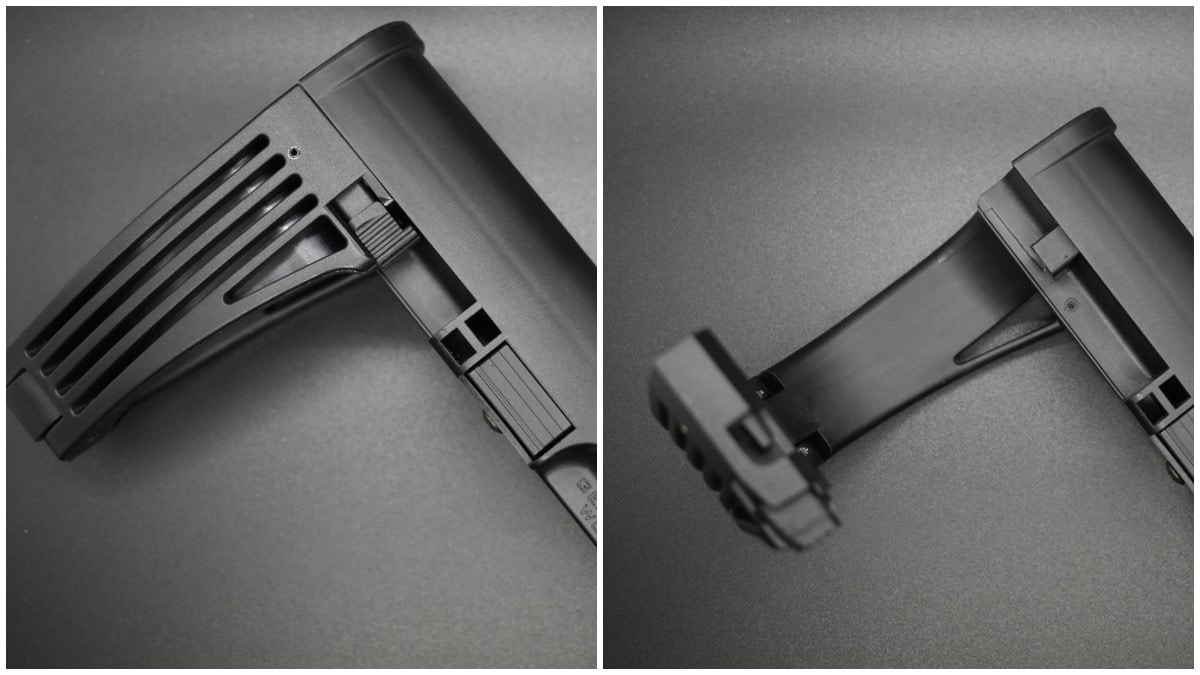 The adjustable Gearhead Tailhook MOD 2 brace is rock-solid and is growing in popularity for AR pistol builds. Of note, Wilson Combat offers Tailhooks on their Protector and AR9 series AR-style pistols. 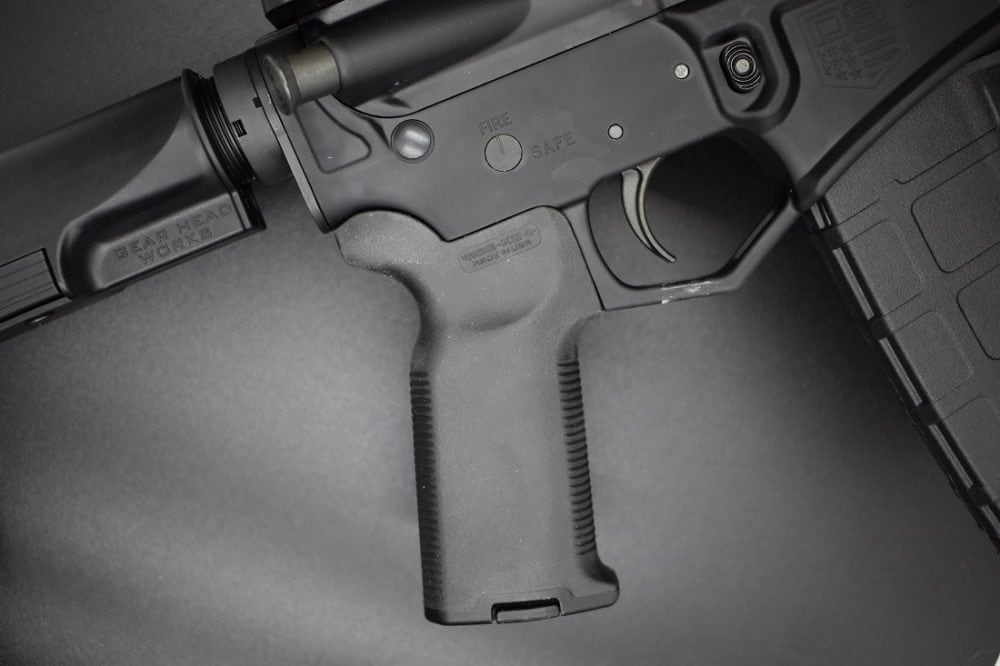 The pistol comes standard with a Magpul MOE-K2+ grip. 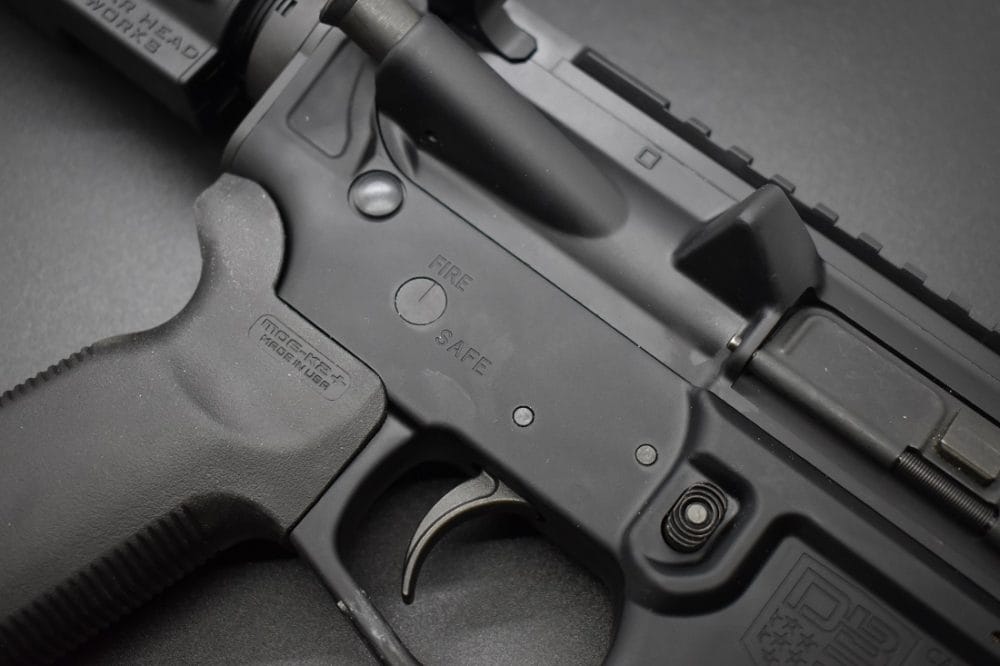 While the upper is complete with a forward-assist and brass deflector. I am something of a forward assist agnostic, but for those looking for one, this is a bonus. 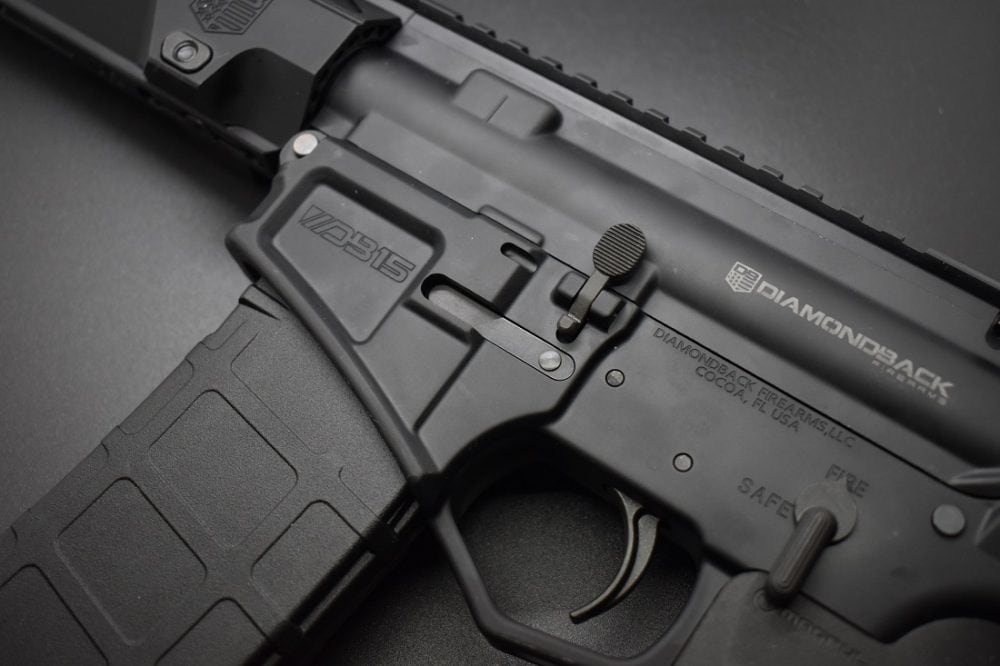 Surface controls are workable and standard for anyone familiar with an AR. 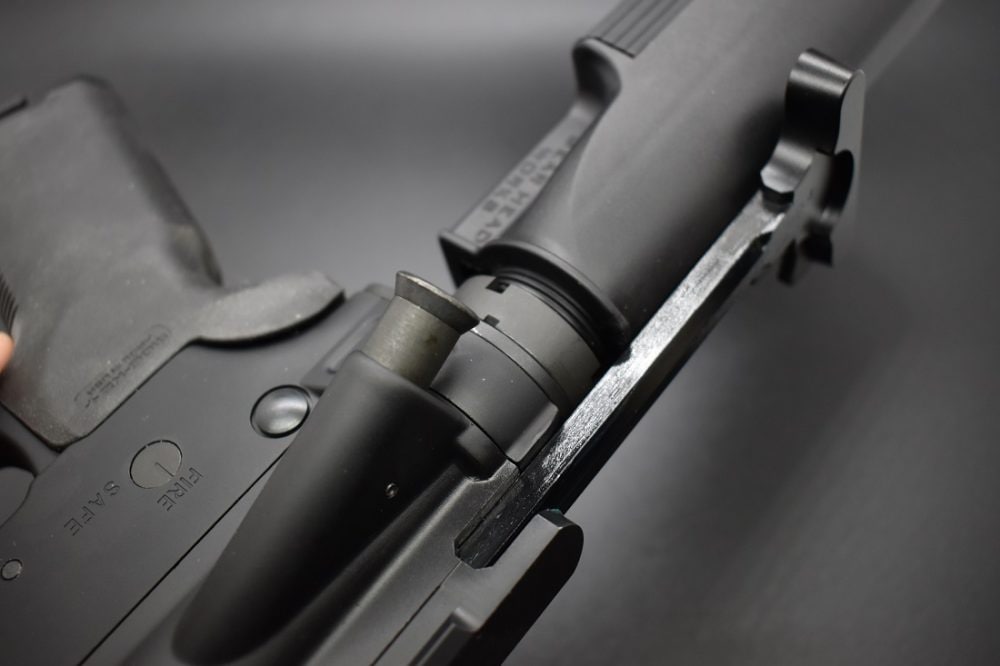 As is the charging handle. 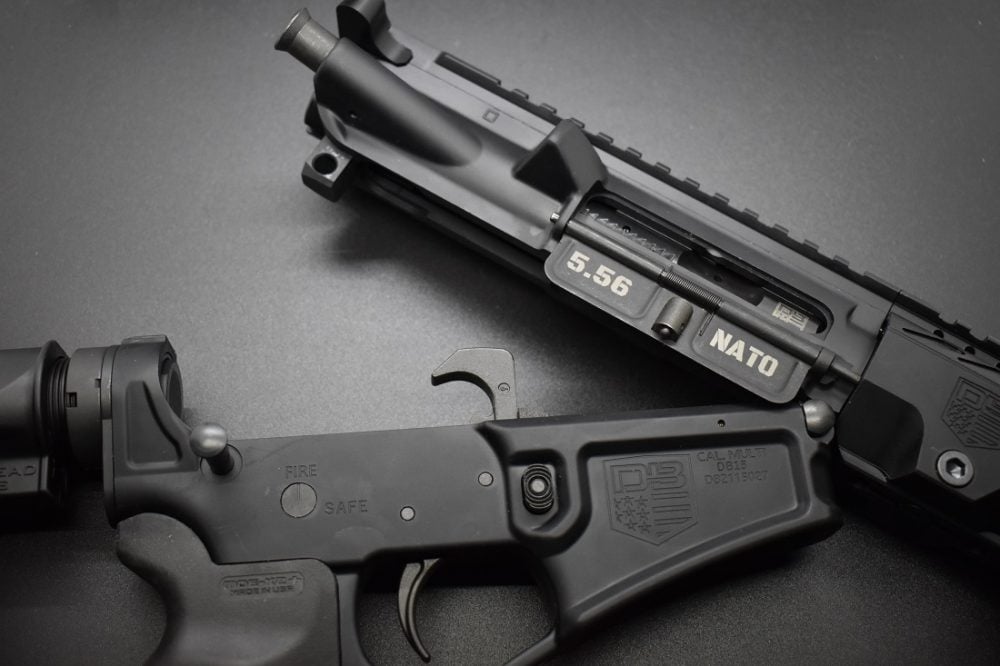 The dust cover is engraved “5.56 NATO” that shows when open in an effort to keep those safe who have mags of Blackout floating around. 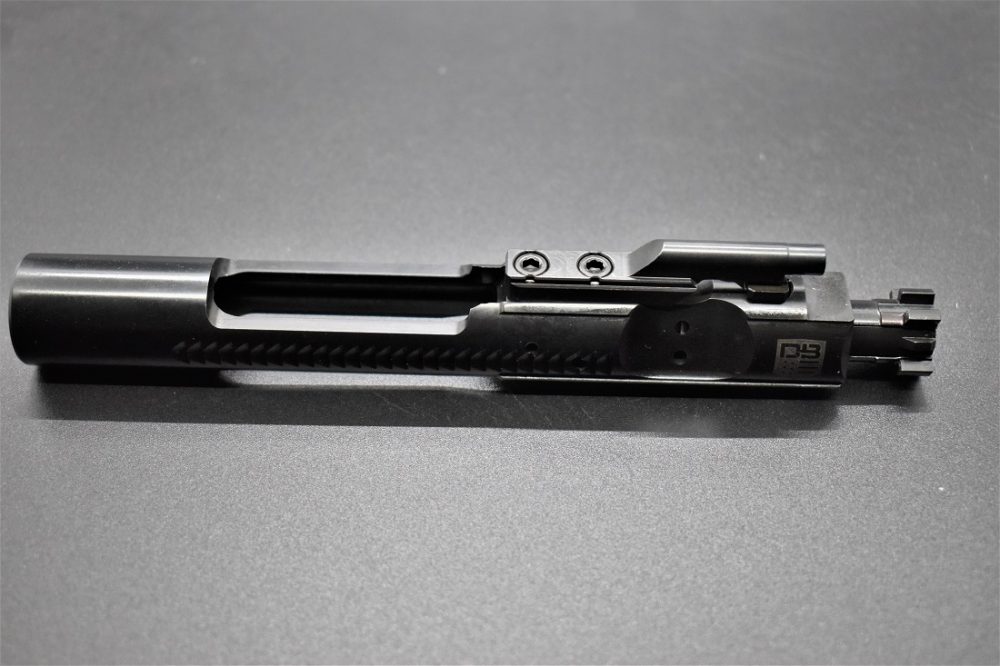 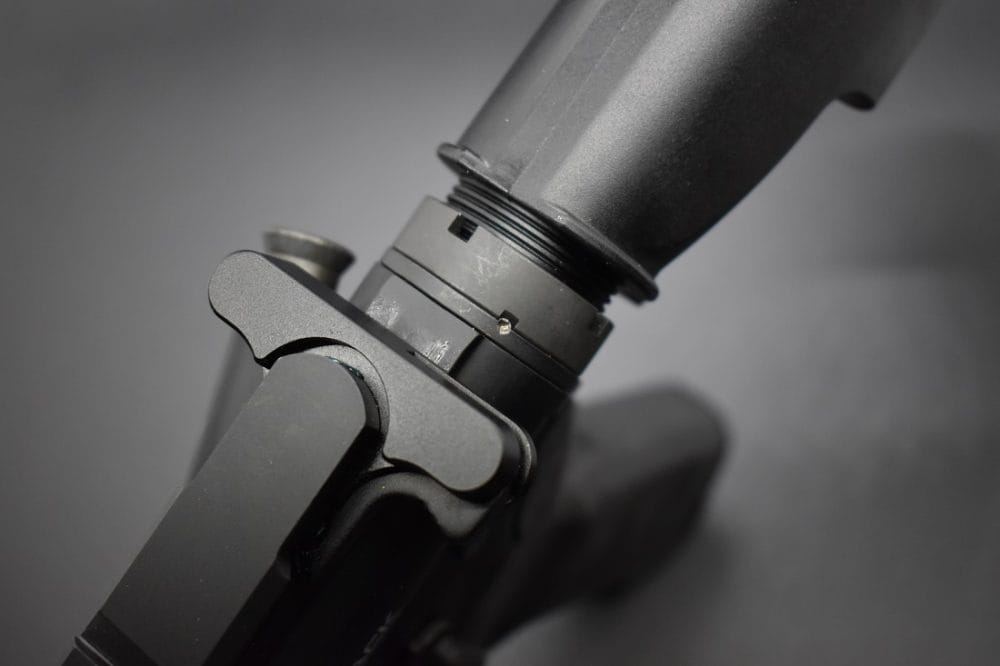 Speaking of staking, here is a view of the castle nut. 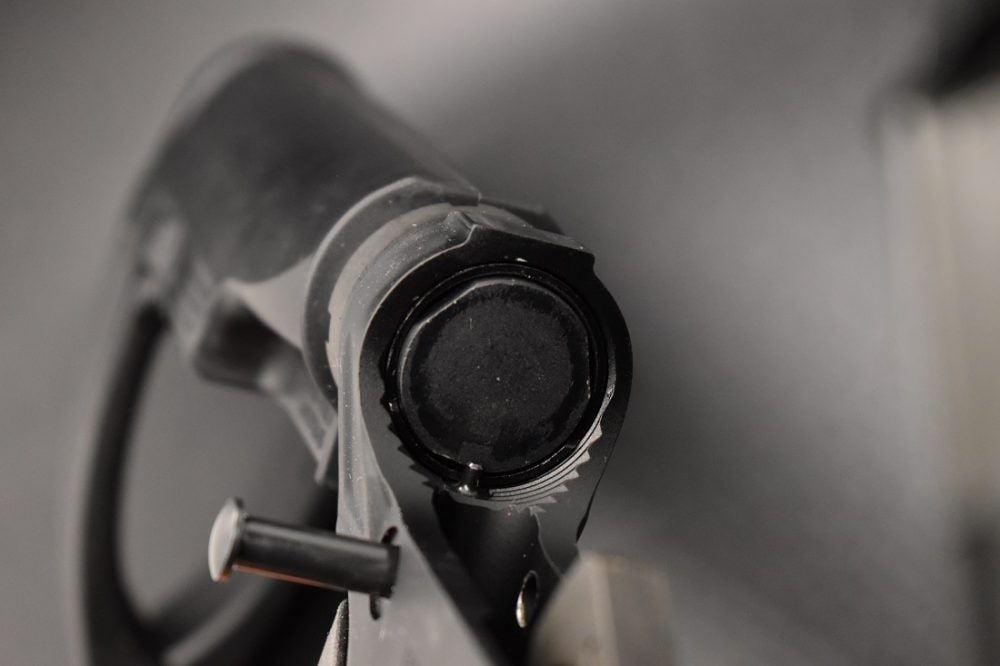 The rear pin on the lower is captive, which those who have ever lost one will find nice. 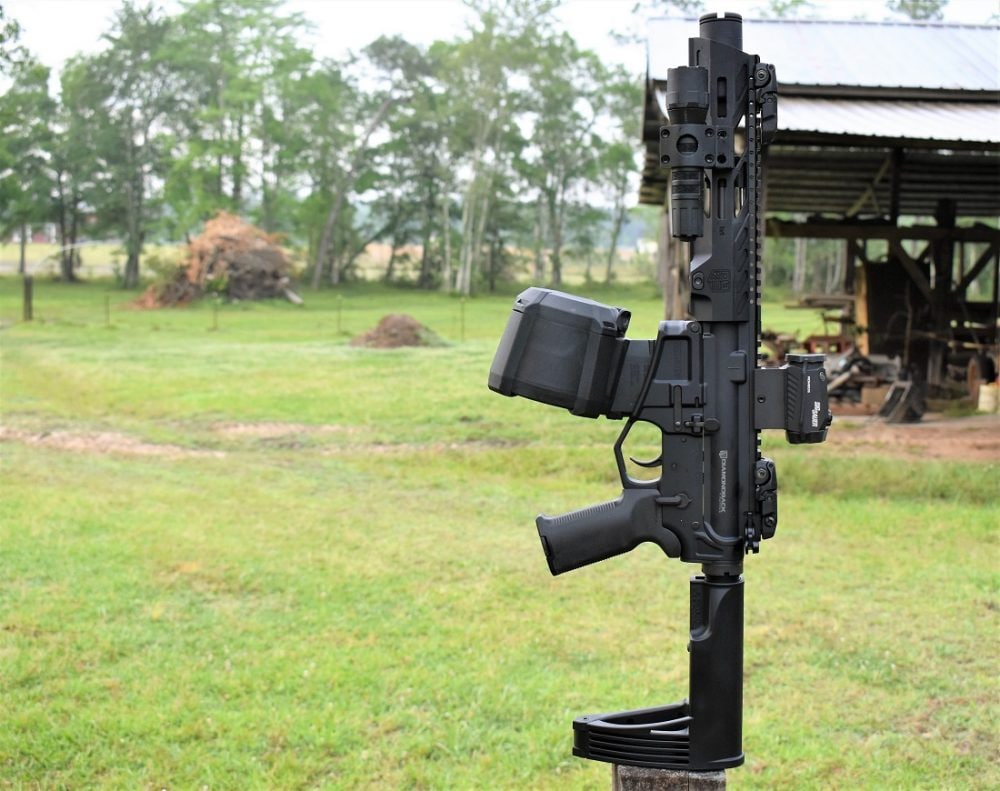 With all that space on the top rail, we added a Romeo 5 that still works with the sights as well as a Streamlight 88850 PolyTac on the rail, both super inexpensive upgrades that add less than $200 to the gun. 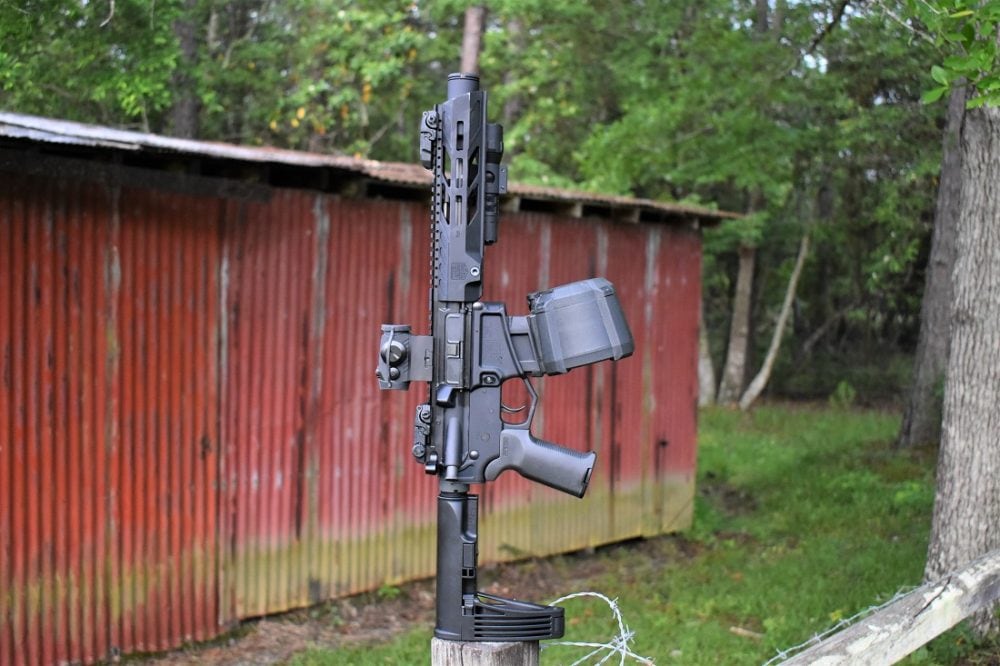 For reference, with a loaded 30-round PMAG, the weight of the DB15 pistol with Romeo/Streamlight extras was still under 7-pounds. With the standard PMAG swapped out for Magpul D60 filled with Winchester bulk pack, weight was 8-pounds, 11.2-ounces. 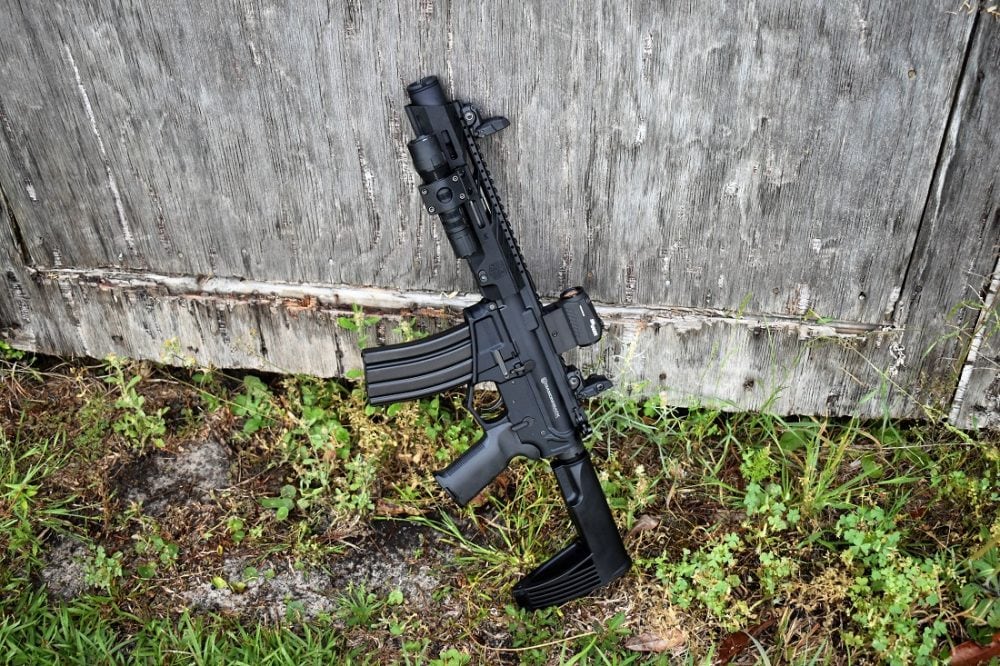 We also found no issue with running 30-round aluminum mags in initial testing. Those looking to shave weight should know aluminum mags are about an ounce lighter than PMAGs. Different strokes…

How much does it cost? MSRP, as shown, is $889 although pricing at retailers is typically a good bit less, down into the high $700ish range. For comparison when it comes to “deals” this stacks up pretty good against the competition. About the least expensive PSA AR-15 pistols run about $500 but they use a cheaper Shockwave Blade or SB Brace on a fixed tube rather than the adjustable Tailhook and likewise usually lack the KAK Flash Can, backup sights and M-LOK handguard.

How does it shoot and hold up with extended firing? Is it accurate out to a decent range? What about ballistics? We’ll get back to you in a bit with the results of those tests once we do more fieldwork. As they say, “watch this space.”

SEE DEALS ON DB15s IN STOCK