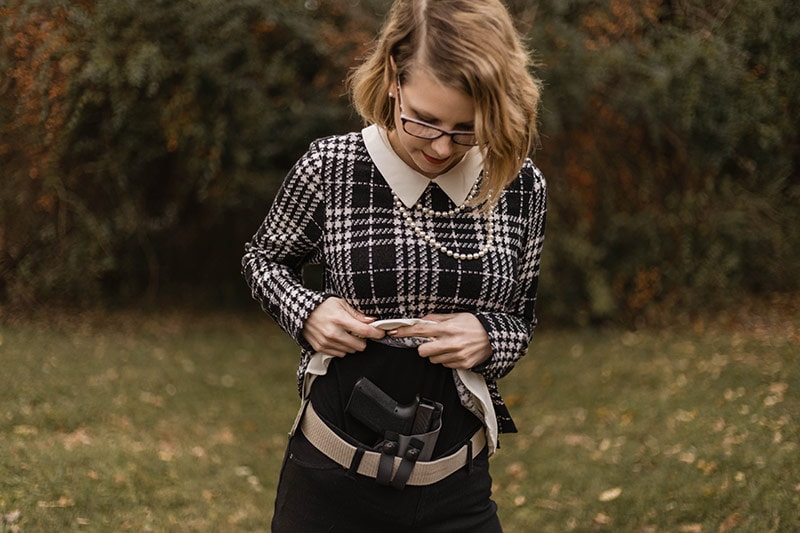 Holster purchases are on the rise with women buying at an increasing rate. (Photo: Jacki Billings/Guns.com)

Gun and ammo makers saw a drastic increase in sales after the Coronavirus shuttered services in cities raising concerns about what would come. Gun makers aren’t the only ones to see more consumers during this time, though, as holster makers are also reporting an increase in sales, especially among women.

Dark Star Gear, a preferred holster maker for many AIWB fans, reported a slight increase in sales overall for March, noting that female shoppers were among those purchasing.

Dark Star Gear isn’t the only holster maker seeing a rise in interest. Tactica Defense, a holster maker almost solely dedicated to women’s concealed carry, reported an increase in female shoppers after safer-at-home orders began rolling in. Sandi Little, President of Tactica Defense, told Guns.com that business has been booming in the age of Corona.

“We are definitely seeing a huge increase in women shoppers at Tactica,” Little said. “We’ve seen a huge increase in nurses and doctors buying the Belly Band. They’re in scrubs all day and feel threatened going outside, so they are concealing that way.” 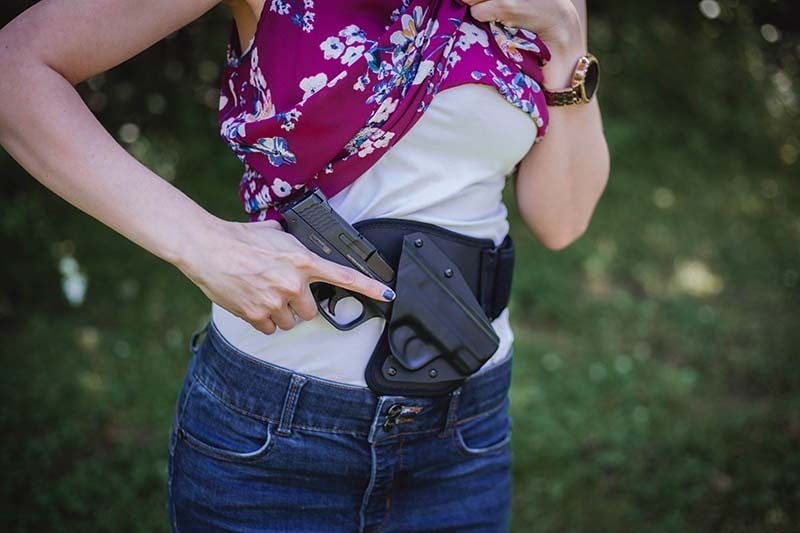 Little said sales of the Belly Band have quadrupled in the past few weeks and the company has even begun to receive more and more dealer requests from shops looking to stock more female-friendly concealed carry gear.

“Lots of dealers are putting in big orders. They are suddenly wanting orders and they want them here now,” Little added.

March was a record month for buying as guns and ammo flew off the shelves. The Federal Bureau of Investigation’s National Instant Criminal Background Check System reported unadjusted figures of 3,709,562 background checks in March 2020 — representing a 42.4% jump from unadjusted FBI NICS figures in March 2019. Handguns accounted for 1,392,677 NICS checks — a majority of gun purchases.

“A lot of conversations through customer service have come from new gun owners asking what holsters to choose and how to carry,” Little explained. 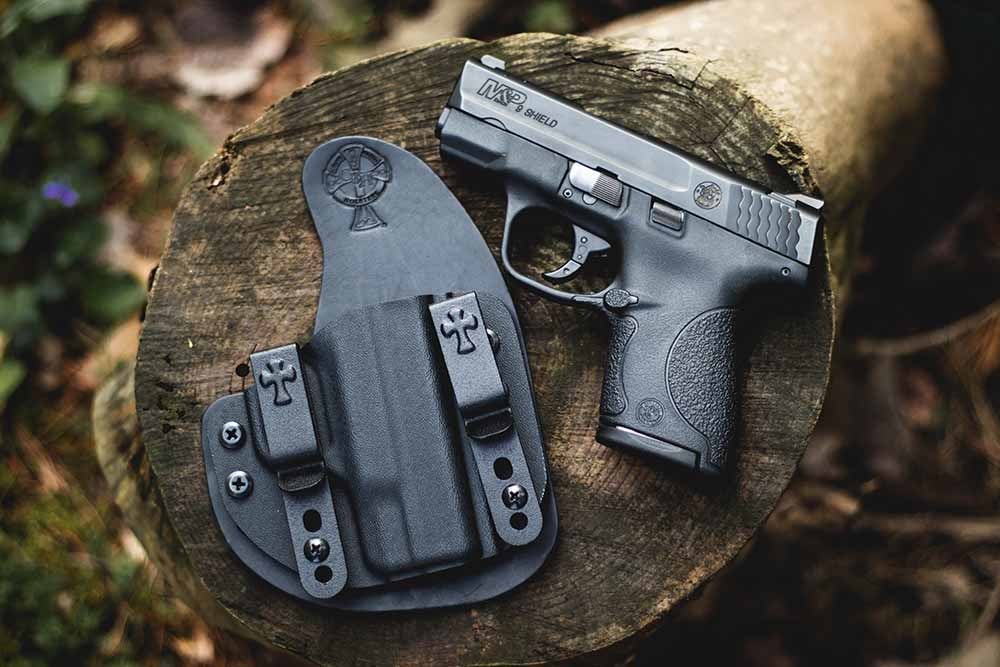 For just under $70 gun owners can grab the Reckoning holster that can theoretically ride anywhere you want to place it. (Photo: Jacki Billings/Guns.com)

Crossbreed Holsters has also seen increased interest, driving production time from 7 to 10 days to 3 weeks on its holsters. Communications Manager Jenn Jacques told Guns.com that the drastic increase in sales came after stay-at-home orders were issued and law enforcement agencies began to adapt protocols. During this time, Jacques said female traffic on the site increased 5% over the same period last year.

“In these uncertain times, Americans are realizing that they truly are responsible for their own protection and taking the steps to ensure they’ll be able to successfully defend themselves and their families if necessary,” Jacques said. “Knowing prisoners were being released from correctional facilities, law enforcement may not respond unless a situation is dire, and seeing some of the panicked responses from citizens put the situation further into focus.”

Jacques said though orders are taking slightly longer than normal, Crossbreed is committed to providing holsters to consumers as quickly as possible.

“Like every other company in the firearms industry we’ve had to make adjustments, but we are passionately committed to getting orders out the door as quickly as possible because as responsibly armed citizens, we understand the importance of having your firearm on you when you need it most,” Jacques added.