One of America's Most Patriotic Houses

A few years ago, while researching patriotic themes to photograph for my book We The People, I came across a photograph of a house painted with the stars, stripes, and colors of the American flag. It was located in Cambridge, Maryland.

I got in contact with the fellow who owned it, Branden Spear. I told him about my book project and he told me to stop by. I asked if he was a gun owner. “Of course I am,” he said. A few weeks later, I was photographing Spear in front of his patriotic house. in his hands was his trusty Mossberg 930 semi-automatic 12-gauge shotgun. I got a great photo of him for my book. 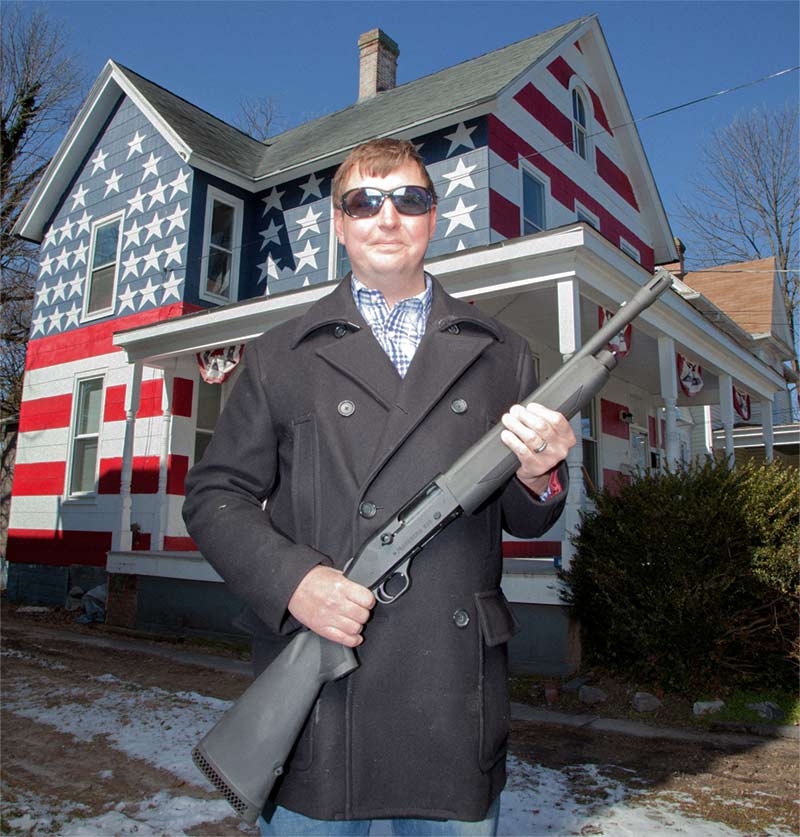 Afterward, he told me about the house. As a contractor, he set out to restore it but the local historic preservation organization insisted that he follow very strict codes “They tell you basically what building materials you can use to remodel a house, which most of the time, seem ridiculously expensive and totally unaffordable. It would have cost one-third of the restoration budget just to install windows,” he said.

So a frustrated Spear started studying the codes and realized they said nothing about what colors the old Victorians could be painted. In an act of protest, he went ahead and painted the house with an American flag theme. “It took between 15 and 20 cans of paint,” he said.

Almost overnight, the house became a sensation. It is arguably one of America’s most patriotic houses. The house was featured in Forbes magazine as one of the most colorful homes in America. It has also been on the cover of a book and made the pages of several others. Tourists from all over the world come to photograph it. “They told us the idea of the historical commission is to bring tourists here. So, I gave them exactly what they wanted,” said Spear.

What do you think of his house? Would you live in it? 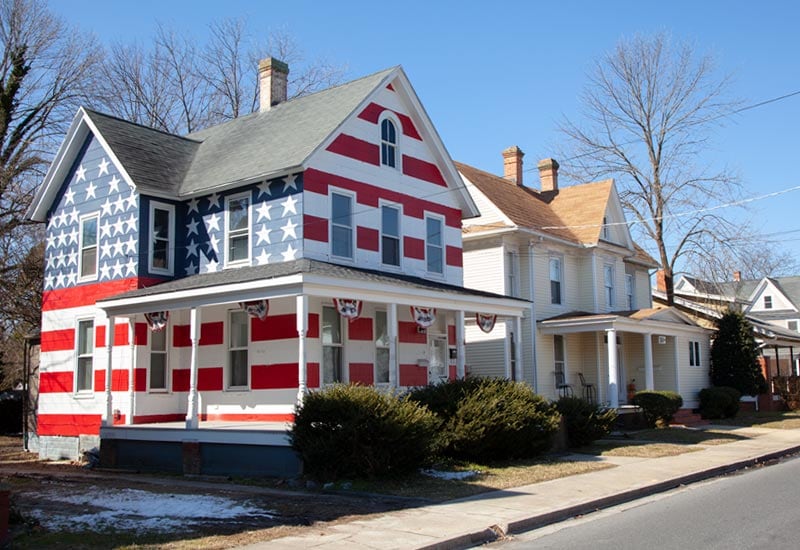