15 Senate Dems Use COVID to Move for 'Ghost Gun' Ban 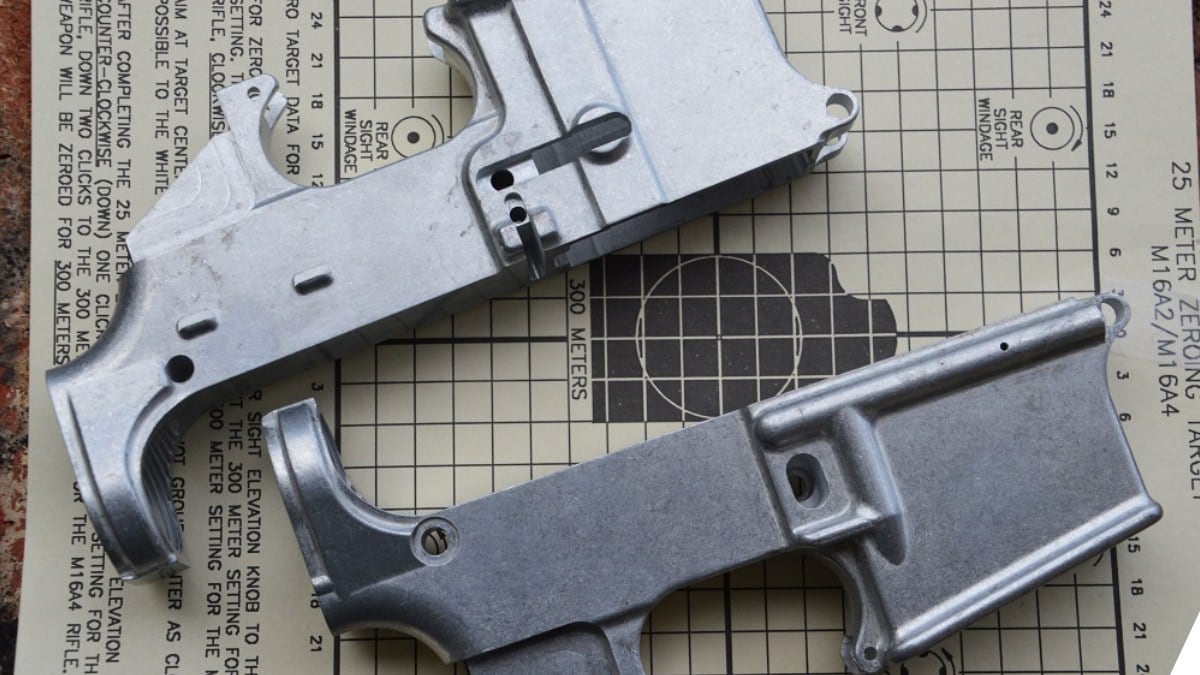 The bill would require that unfinished frames and receivers, such as “80% lowers” be treated like they are completed firearms. (Photo: Chris Eger/Guns.com)

Using the current spike in gun buying as a rallying cry, a group of Democrats in the U.S. Senate last week filed legislation to regulate so-called “ghost guns.”

The lawmakers, generally all from blue states with ultra-strict gun laws to include outlawing popular semi-auto firearms under the guise of “assault weapon” bans, unveiled the 10-page Untraceable Firearms Act on May 14. The bill would require that unfinished frames and receivers, such as “80% lowers” be treated the same way as fully completed firearms to include serialization and federal background checks before transfers.

The supporters of the measure say it is urgently needed because of the recent jump in gun sales that coincided with the COVID-19 crisis.

“This pandemic is spurring a deeply disturbing demand in untraceable weapons,” said U.S. Sen. Richard Blumenthal (D-CT). “Congress must act urgently to stop these homemade ‘ghost guns’ before they spur the next horrifying wave of gun violence.”

The bill, filed as S.3743, would alter definitions in federal law to consider a firearm receiver as the part of a firearm that provides the housing for the trigger group “regardless of the stage of manufacture” including a “blank, casting, or machined body, that requires modification, including machining, drilling, filing or molding, to be used as part of a functional firearm, and which is designed and intended to be used in the assembly of a functional firearm.”

It would also add the term “ghost gun” to federal law, describing it as a firearm that does not have a serial number engraved or cast on the frame or receiver by a licensed manufacturer or importer.

Violations of the measure would be treated as a felony with punishments as high as five years in prison.

Such a broad reclassification of potential ingredients that would have to be regulated and controlled leaves open the question that almost any hunk of metal could be assumed under the new law to be a firearm, fears pro-gun groups. For example, a home builder in 2012 made an AK out of a rusty shovel. This fear is compounded by the fact that seemingly innocuous parts kits often used to keep existing guns working could fall under the purview of the planned law.

“Senator Blumenthal has, once again, expressed his intent to regulate ‘ghost guns'” said the Firearms Policy Coalition. “He’s teamed up with Everytown for Gun Safety and Giffords for the ultimate misinformation dream team. They believe ‘parts kits’ should be serialized and treated like actual firearms.”

The FPC argues that such kits often consist of everything but the frame or receiver, which is the only part regulated as a firearm.

“Americans buy parts kits for a host of lawful reasons, including for spare parts, historical value, and to home-build a new firearm. Indeed, making firearms at home is an American tradition that predates the United States,” said the group.

In addition, the bill includes elements of a bill that has been floating around Capitol Hill for the past several years, an update to the 25-year-old Undetectable Firearms Act, which requires all firearms to be detectable by a metal detector, by requiring at least one main component such as the frame or barrel is made of metal.

The update would expand the UFA to include even prototype guns. Further, it would mandate that the slide, cylinder, frame, or receiver of a handgun be made of steel. Shotguns and rifles would have to have a steel barrel.

The Untraceable Firearms Act has been referred to the Committee on the Judiciary and has 14 co-sponsors.