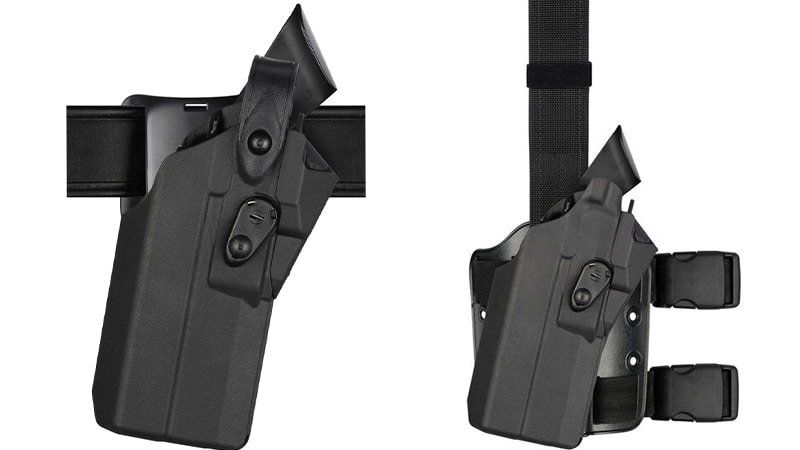 Using durable, proprietary, nylon SafariSeven material, the 7TS RDS holsters can withstand difficult conditions and require little maintenance and upkeep, according to Safariland. The red dot models come with a protective hood design that prevents the red dot from being damaged while also protecting it from the elements. Safariland says as red dots gain prominence in the industry, it’s important to support customers with red dots.

“Red dot optics continue to gain strength in the marketplace, as evidenced by the high demand of our initial SafariLaminate models. And now, we have combined the virtually indestructible qualities of our 7TS holster materials with a protective hood design for red dot optics, creating the new industry standard. These are sure to gain popularity very quickly,” James Dawson, duty gear category director for Safariland, said in a news release.

In total, the company has released 17 RDS models in duty, tactical and concealment styles. The holsters are available in SafariSeven Plain Black or FDE Brown with prices starting at $123 and topping out around $270.