What to Look for in a Quality Defensive Firearms Instructor 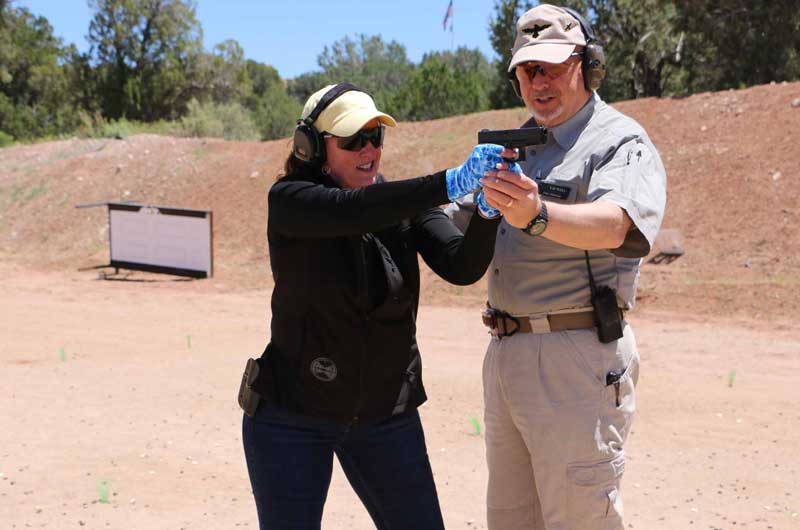 Dave Hartman, Director of Training for Gunsite Academy, trains a student on the range. (Photo: Gunsite)

Defensive firearms training is as important – maybe more so – than owning a gun for self-defense. After all, how good is the gun in your hand if you don’t know how to use it, let alone the legal ramifications behind doing so? So, take it seriously when looking for a defensive firearms instructor.

To make sure your money is being put to best use, we reached out to some of the nation’s premier instructors to get their opinion on what to look for in a quality instructor. Despite various backgrounds, there was a common thread that weaved throughout the language. Below, you’ll find some of the best tips we gathered while talking with these experts.

Like a Better Business Bureau or Rotary Club sticker lends credibility to a business, industry credentials do the same for an instructor. Endorsements from training organizations such as the United States Concealed Carry Association, the National Rifle Association, and Gunsite Academy, to name a few, add to the credibility of the instructor. More affiliations mean the instructor has likely been exposed to more schools of thought, leading to a better training experience for students.

Knowing the process for instructor qualification and credentials should give peace of mind that the person you seek has the humility and integrity needed to teach the skills you want.

The old saying “nobody knows everything” certainly applies to firearms instructors as well as students. It’s important to find someone who has both the knowledge to teach as well as the humility to admit when they don’t know the answer.

“The most important thing a new shooter can ask an experienced instructor is ‘What is something you’ve changed your mind about?’ I think the way they answer that question, more than any other, will let you know if you are dealing with someone who is always looking for the best with their student and is willing to evolve,” Rob Pincus, Owner of I.C.E. Training, told Guns.com. 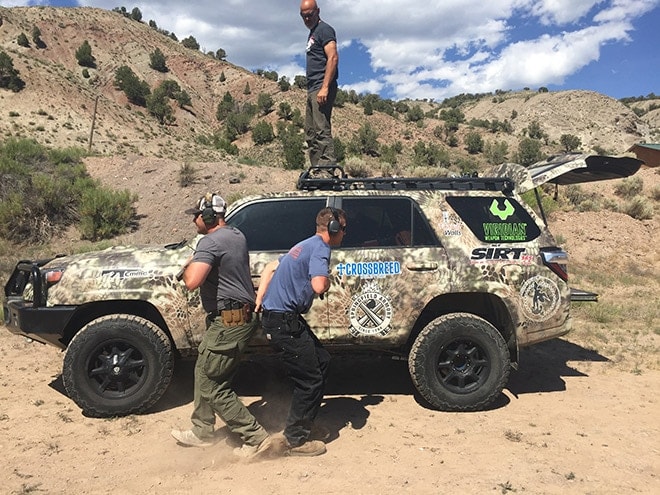 Rob Pincus calls out “threats” and instruction from atop the official PDN truck. (Photo: Team HB)

Beware of know it alls — no matter how many years of experience they have. Humility is magnetic and encourages people to learn. Look for it as a key indicator that the instructor you’ve found is a good one.

They Have Knowledge but Can They Teach?

If you can’t impart knowledge, you’ll be a lousy instructor — no matter what background you have. Think about it this way, Bart Starr was one of the greatest quarterbacks to ever touch a football, but he also goes down as one of the lousiest coaches in Green Bay Packers franchise history. Just because you can do something, doesn’t mean you have the ability to teach it to others.

“We’ve been in this longest war in U.S. history, there’s a lot of good instructors coming out of this conflict, they’ve been there, done that. Can they instruct? Can they impart knowledge? That’s one of the biggest debates,” Dave Hartman, Director of Training at Gunsite Academy told us. Founded in 1976 by the legendary Lt. Col. Jeff Cooper, Gunsite Academy is one of the nation’s top training facilities. Subsequently, they also have a stringent process they put their instructors through to become qualified. The teaching, however, always comes back to the basics.

How to Vet a Prospective Instructor

Like a job interview, the best way to learn more about a potential instructor is to reach out and get some references.

“I would look for credentials and then get references. Ask around, ask what other people are thinking. I would look for an established curriculum, not something that maybe they built on their own. But if they did, let’s hope they did it over 30 years of trial and error and while they were serving in some sort of uniform capacity,” Kevin Michalowski, Executive Editor of Concealed Carry Magazine, told Guns.com.

Put another way, why would you want to learn a skill from someone who can’t demonstrate it themselves? If you’re looking to groom those Extreme Close Quarters skills, finding a retired or current SWAT team member makes more sense than an instructor who primarily teaches basic handgun. Putting in the research ahead of time will save you time and money and ensure you achieve your training goals. 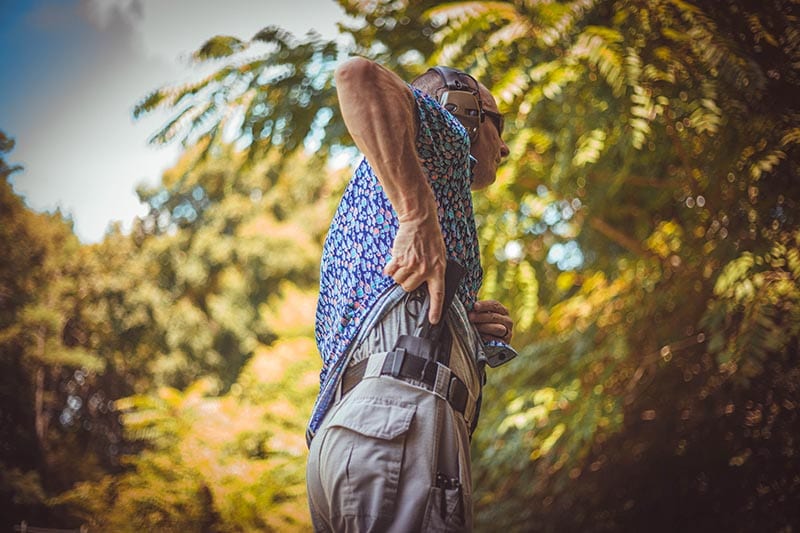 Your instructor should be able to demonstrate all the things they are asking of their students. (Photo: Jacki Billings/Guns.com)

While there are plenty of great civilian firearms instructors,  for many new gun owners a decorated service background is a welcome sign and the final assurance that an instructor is worth listening to. Defensive pistol training is as much about how you’re going to control the adrenal stress response as it is the technical shooting aspect. If you’re looking for an instructor who’s “been there, done that” focus on individuals who have served either foreign or domestically. 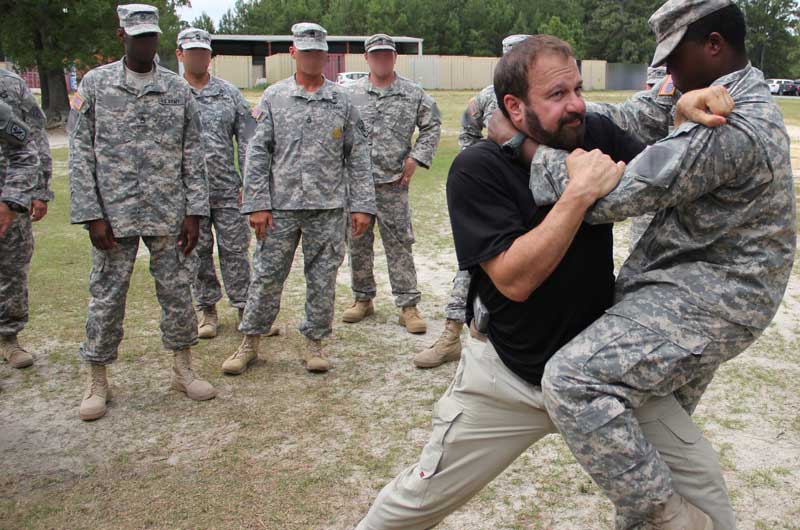 For those committed to the idea of military or law enforcement instructors only, Gunsite Academy should be one of your first stops. All instructors at Gunsite are required to have a military or LEO background.

“We ask that folks are either retired military and law enforcement or a combination thereof or currently serving, folks that have actually carried guns for a living. It adds credibility to our program,” Hartman told us.

Whether you’re looking for beginner classes or advanced tactical training following some of the advice above should get you a good instructor. There are many great instructors and training organizations throughout the country, so get out there, train, and have some fun doing it!

Putting the cart before the horse? Don’t have a gun yet? Looking to add to your collection? Check out the Guns.com Vault to see the wide selection of Certified Used Firearms we have available.