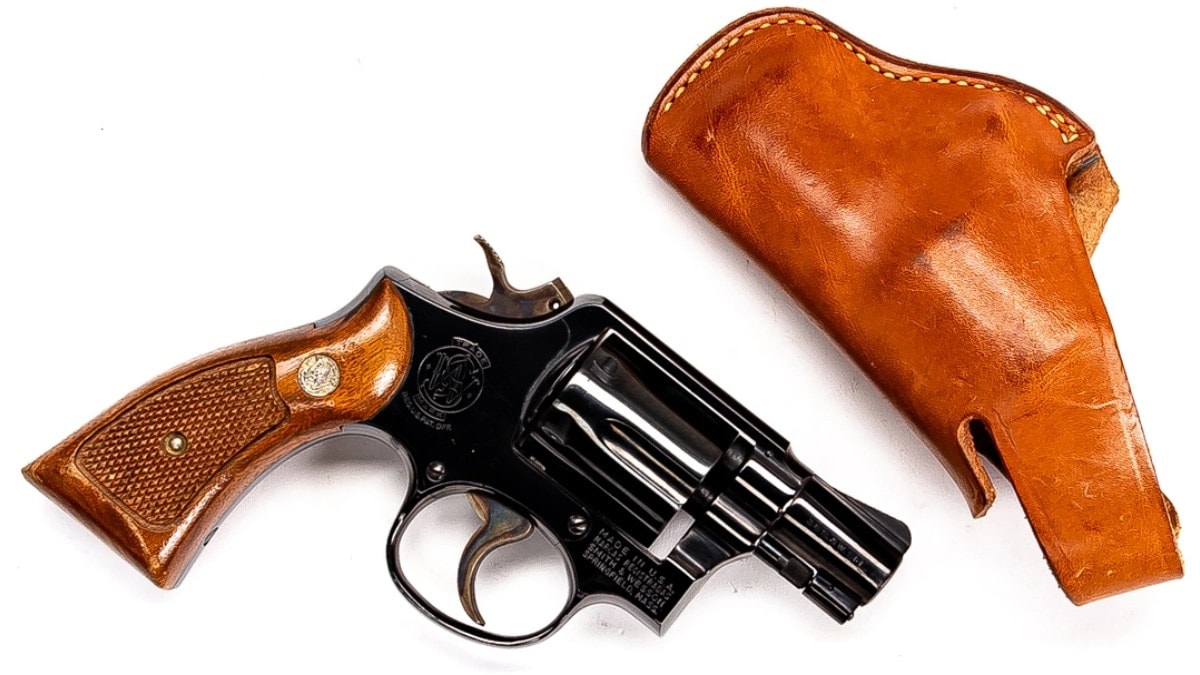 Last month saw the highest number of FBI NICS checks processed in the agency’s history for the month of May, with the firearms industry trade group noting many purchases were of handguns for personal protection. (Photo: Guns.com)

The month of May 2020 was the highest May in terms of federal background checks for gun transfers since the system was established over two decades ago.

The unadjusted figures of 3,066,740 checks conducted through the Federal Bureau of Investigation’s National Instant Criminal Background Check System last month is a 32.1% jump from the unadjusted FBI NICS figure of 2,320,918 in May 2019.

While that increase alone is staggering in scale, when the data was filtered by the National Shooting Sports Foundation to remove figures for gun permit checks by states which use NICS for that purpose, the number of checks stands at 1,595,790 which is an increase of 75.2% compared to the May 2019 NSSF-adjusted NICS figure of 910,910. 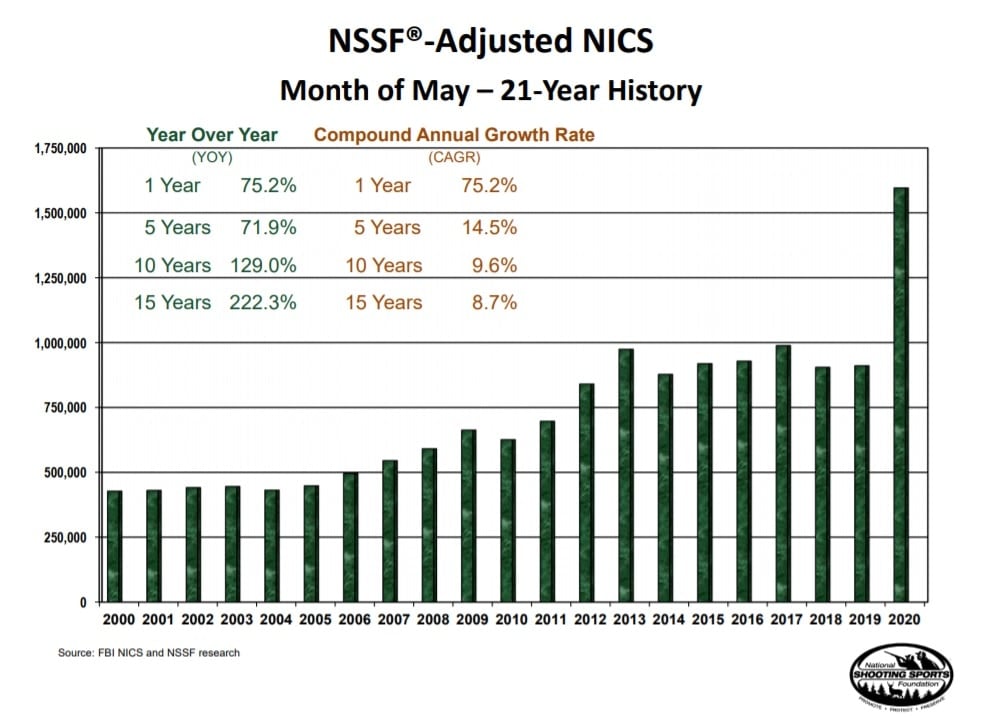 When stacked against previous Mays going back to 1999, last month set a record by far. (Graph: NSSF)

“May’s adjusted NICS background check figures are the highest on record for any May since record-keeping began on point-of-sale instant background checks,” Mark Oliva, NSSF’s director of public affairs told Guns.com. “Americans are being confronted with decisions regarding their personal safety and are voting with their wallets on their right to keep and bear arms.”

While the number of adjusted background checks outpaced those of the previous year for the past 12 months running, the past three months have seen a dramatic climb in firearms sales.

Oliva pointed to the trade group’s latest survey of firearm retailers that showed 40% of recent gun buyers are purchasing a firearm for the first time. Further, of those millions of first-time gun owners, 40% are women and are overwhelmingly buying handguns for personal protection.

“The past months, and especially the events of the past week, show us that in uncertain times, law-abiding Americans will consistently choose to take responsibility for their own safety, as is their right,” said Oliva. “Police were already stretched thin before this wave of unrest, prisoners recently released from jails were being re-arrested for subsequent violent crimes and the widespread destruction of personal property and assaults remind Americans that they must be their own first-responder.”

The NSSF is encouraging all gun owners to properly secure firearms when not in use and to seek firearms handling and marksmanship skills training.