The Lone Star State is next-level in many regards when it comes to premium firearm makers that have set up shop in Texas.

Here are some of the cooler manufacturers in Texas, in alphabetical order.

Billed as, “The best rifle this side of the Pecos,” Alamo Precision in Hurst produced 539 rifles in 2018. They craft custom rifles starting at $2,495 in such specialty calibers as .22 Creedmoor and 6mm GT. 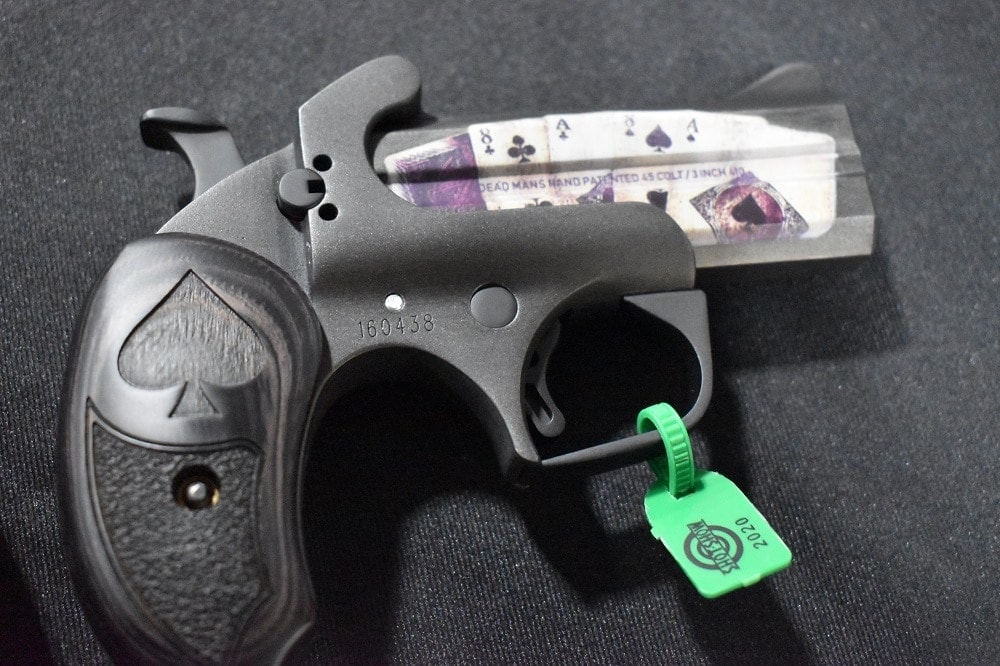 Who says a derringer has to be a .22? Bond Arms doesn’t think so. Take this Dead Man’s Hand series .45 Colt, for instance. (Photo: Chris Eger/Guns.com)

Located in Granbury, Texas, Bond Arms has been around for 25 years and their diverse line of derringers are billed as ” smallest, most powerful personal protection you can carry.” While in the past, derringers pretty much came in pipsqueak calibers, Bond smashes that trope and chambers their guns for serious rounds to include .357 Magnum and .45 Colt. They also produce the innovative 9mm Boberg Bullpup pistol, proudly made in Texas, by Texans. They must be doing something right, according to federal regulators Bond cranked out almost 16,000 handguns in 2018.

F-1 Firearms in Spring is known for its badass AR components and full-up rifles and pistols that stand out from a crowded field. They don’t drop a lot of dough on advertising because they don’t have to. If you know, you know.

Mark LaRue’s famed Leander, Texas-based company is known the world over for quick-detachable mounting solutions and hyper-accurate 7.62mm and 5.56mm rifle systems. Mark founded his shop in 1980 and 40 years later still stands behind all his products with a “lifetime” guarantee of “If you ain’t happy, then we ain’t happy.” 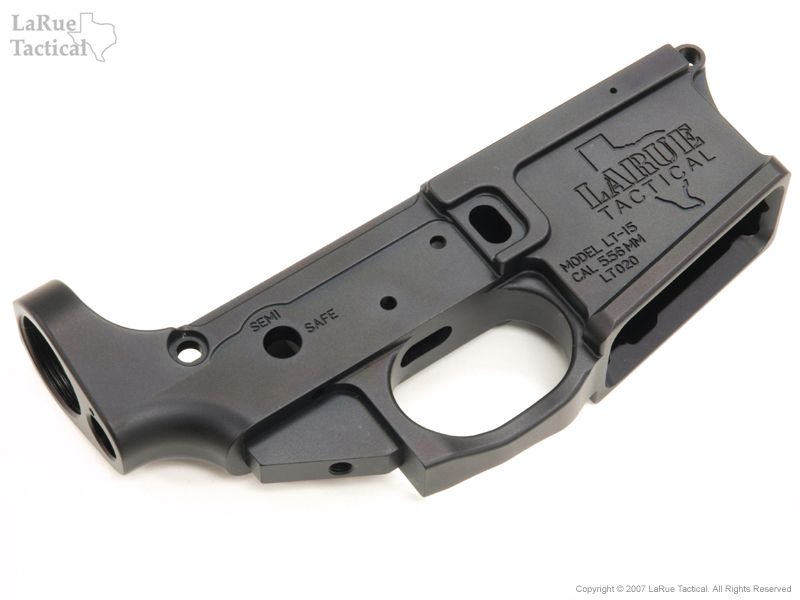 They also began recently making their own CNC-machined billet lowers, at a rate of 40 per day. (Photo: LaRue) 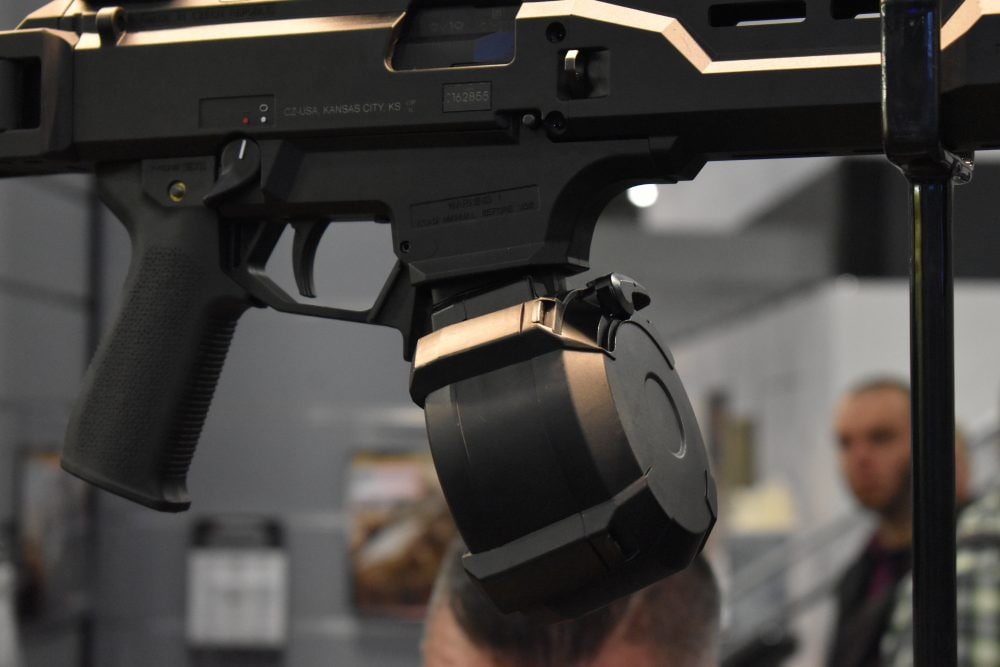 Magpul products are something of a universal adapter across gun culture (Photo: Chris Eger/Guns.com)

Originally based in Colorado, Magpul pulled stumps due to strict gun control measures enacted in that state in 2013 and set out for the Lone Star State where they are currently headquartered in Austin while they maintain a production facility in Wyoming. Since then, they have been continually expanding their product line and their PMAG M3 windowed 30-round mag is increasingly the standard magazine of the U.S. military. 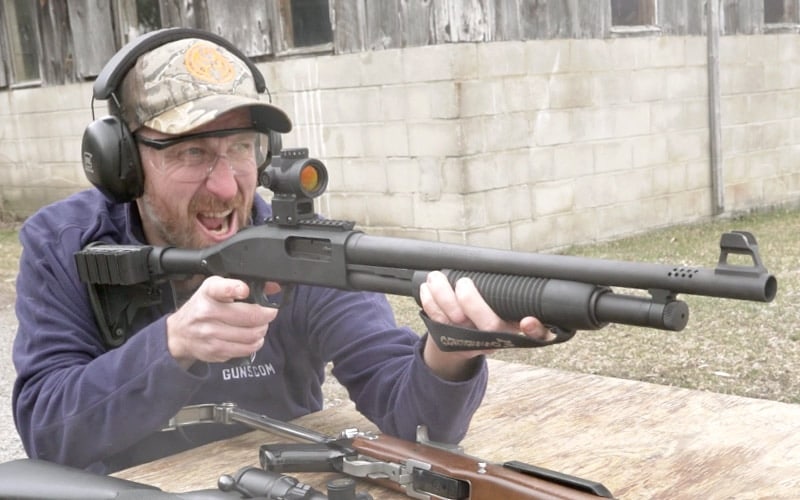 Although founded in Connecticut in 1919 by former Iver Johnson firearms designer Oscar Frederick Mossberg and his sons, the now-iconic firearms maker has a huge factory in Eagle Pass in Maverick County, Texas. Today, the company produces most of its firearms there due to extensive anti-gun regs in Connecticut. For example, in 2018 alone, Mossberg cranked out 77,747 rifles along with 249,183 shotguns and 101,094 firearms (Shockwaves) in Eagle Pass. Of these, some 15,000 were exported overseas, sending just a little bit of Texas around the world.

Radical Firearms in Stafford ships AR-style rifles and pistols coast-to-coast, delivering nearly 20,000 guns to the consumer market in 2018 alone. They have even seen their guns adopted by LE users overseas.

Based in Plano, Shadow Systems is an up and coming pistol maker (they produced 330 guns in 2018) however they burst onto the scene last year with their own concealed carry pistol, the MR918. Looking straight into the eyes of Glock perfection, the MR918 looks to upend the stalwart pistol and become the go-to for users looking for a semi-custom concealed carry piece. Since then, they have grown their line with the upgraded MR920. 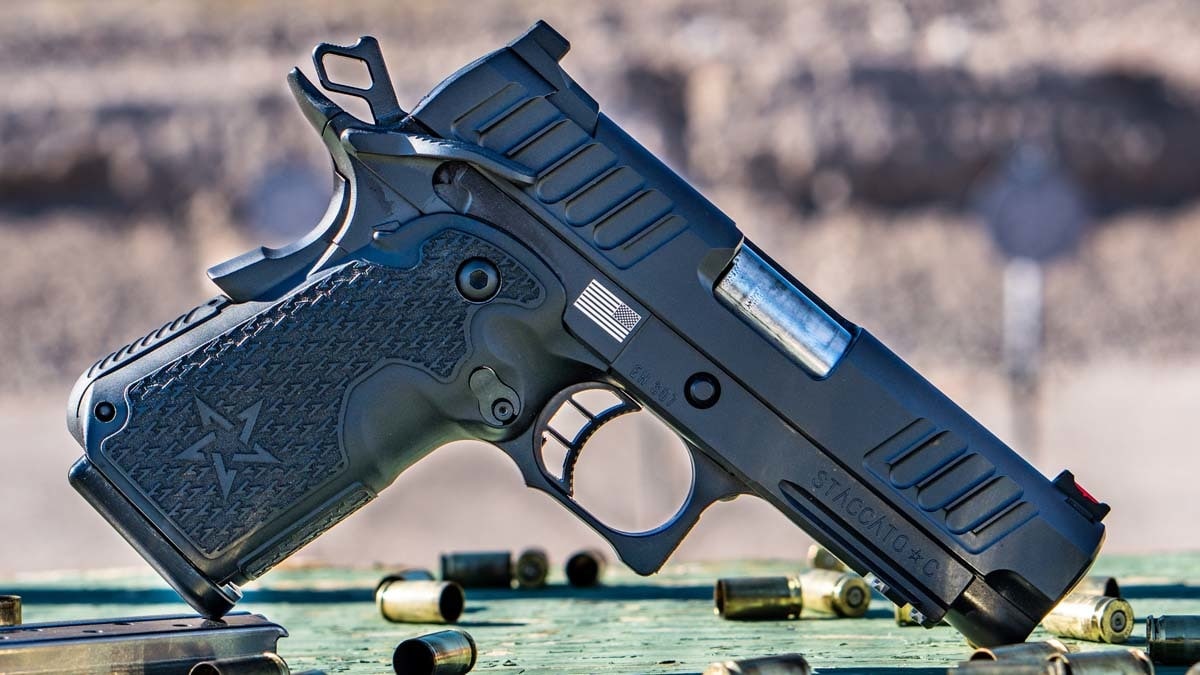 STI has done it again by taking the 2011 technology and squished it down into a compact frame and created a single stack 9mm powerhouse with the Staccato-C. (Photo: Noah Alkinburgh/Guns.com)

Located in Georgetown, Texas-based STI International (recently re-branded as Staccato) is renowned for its high-end competition guns often seen in the hands of the fictional John Wick, not necessarily their law enforcement offerings. However, the company last year won a contract to supply the U.S. Marshal Service with a custom version of their STI Staccato-P-DUO 2011. What is more Texas than that? In 2018, STI produced more than 5,200 pistols, of which over 1,000 were exported overseas.

@freedomfirearms We Want it. We Make it.

Stillers Precision in Garland is a well-regarded maker of custom bolt action receivers for competition, hunting, and tactical use. The company produced 1,952 firearms in 2018 and has been tapped by the U.S. Navy on occasion.

“Our actions offered the unique ability of interchangeable parts,” says Stillers. “It was critical to the Navy to be able to supply their troops with weapons that were of the highest quality allowing parts from each weapon to be used in ANY other weapon and part supplied to troops fitting and working immediately.”

A post shared by Stiller Precision Firearms (@stilleractions) on Feb 1, 2020 at 6:05pm PST