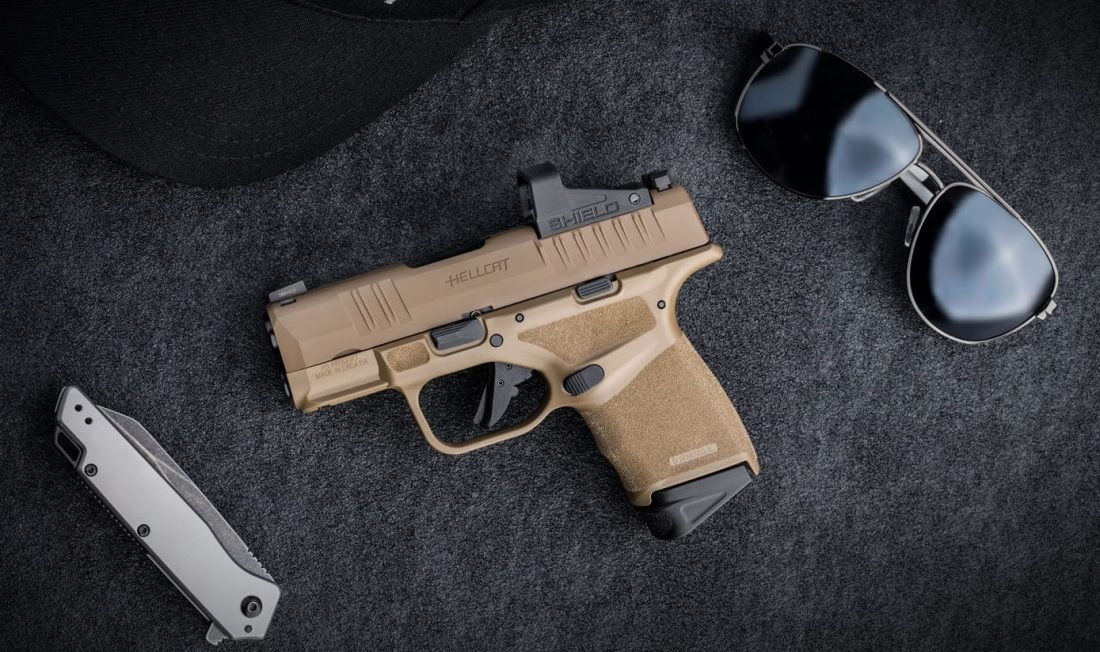 For those who have been holding out for an FDE Hellcat, your ship has come in. (Photos: Springfield Armory)

CHECK OUT DEALS ON HELLCATS

One of the most popular micro-compact 9mm pistols in the country isn’t just available in black anymore as Springfield Armory announced this week an FDE desert flat dark earth Hellcat option is now a thing.

Debuted originally last September in black only, the Hellcat is the Illinois-based company’s answer to Sig Sauer’s P365 series. Using a 3-inch hammer-forged barrel– which translates to a 6-inch overall length while standing just 4-inches high– the 18.3-ounce pistol offers an 11+1 capacity in a flush-fit magazine. This can be stretched to 13+1 with an extended mag that bumps height to 4.5-inches. 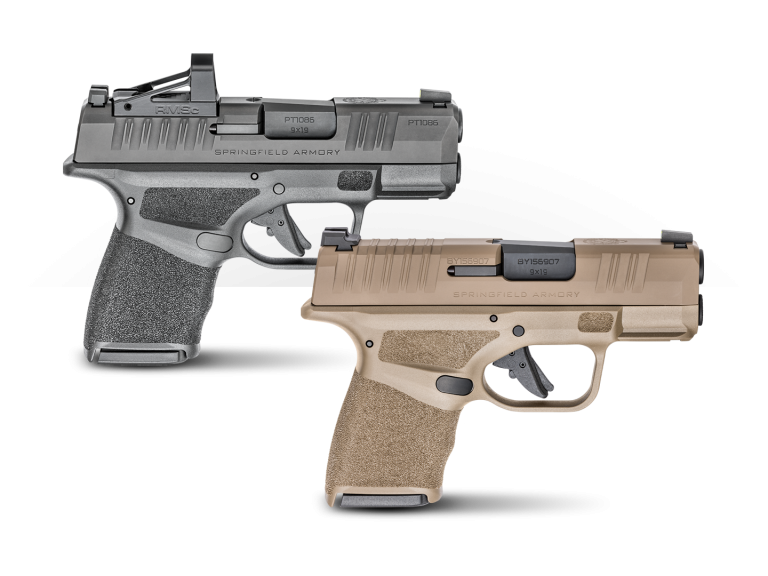 The expansion now means the Hellcat is offered in black or FDE and in standard or optics-ready models. (Photo: Springfield Armory)

Now, the same gun is available in FDE in addition to the legacy black frame/slide and is offered in both a standard and OSP (Optical Sight Pistol) configuration. The latter uses a milled slide intended for micro red dots such as the JP Enterprises JPoint and the Shield RMSc.

“The Hellcat was an immediate hit upon its release late last year, offering shooters and CCW enthusiasts a paradigm-shifting combination of high-capacity and compact size as well as the ability to mount an optic,” said SA in a statement this week.

Our own Jacki Billings has been testing and evaluating a Hellcat for the past few months and has a rundown on the platform in the below video review.

CHECK OUT DEALS ON HELLCATS