How to Build a Catapult to Launch Targets for Shotgun Practice

It’s been a few years that I wanted to build a catapult to launch targets into the air to shoot with my shotgun. Thanks to COVID, I finally got around to it. It has provided hours of fun and entertainment for my whole family.

Before setting out to build it, my father and I watched a few videos on the internet to get acquainted with medieval launch devices. Once we understood the parameters, we drew up a simple sketch of a catapult, bought the supplies and got to work. 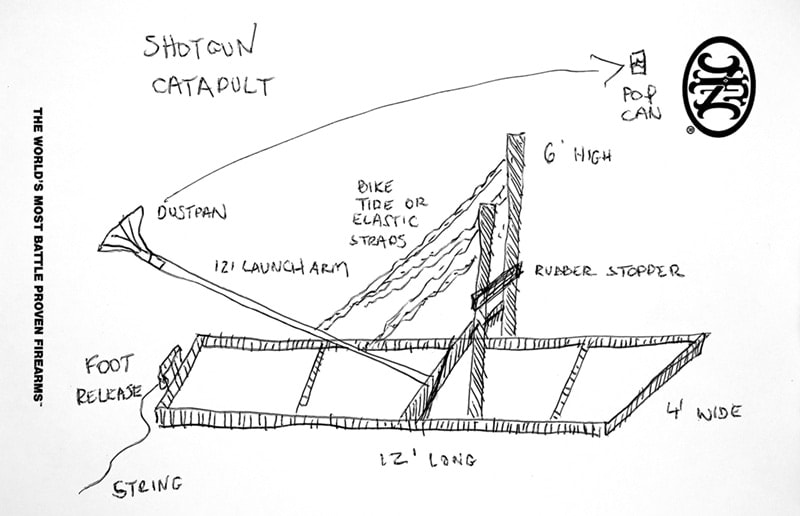 Rough sketch of the catapult.

Within a few hours, we had what resembled a catapult. At its core were pine 2x4s held together with screws and metal straps. A solid metal bar served as an axis for the 2×2 launch arm. I bought some super-stretchy rubber workout bands. With three of these acting the propulsion system, we were able to launch pop cans roughly 100 feet into the air. 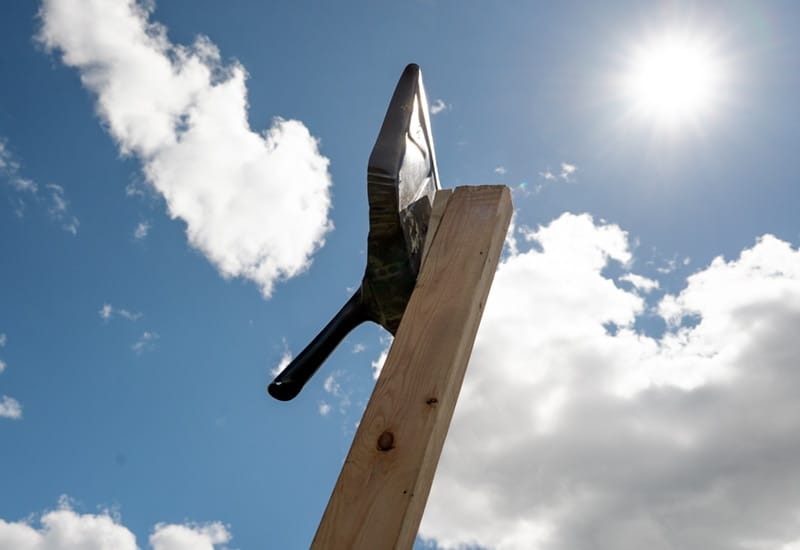 A metal dustpan with a wood shim to get the launch angle right. Very important to release the pop cans on an effective trajectory. (Photo: Ben Philippi/Guns.com)

A dustpan at the top of the launch arm acted as the pop can delivery system. A wood shim beneath the dust pan allowed for the can to be released at the perfect angle. A rubber tire acted as a stop for the arm. 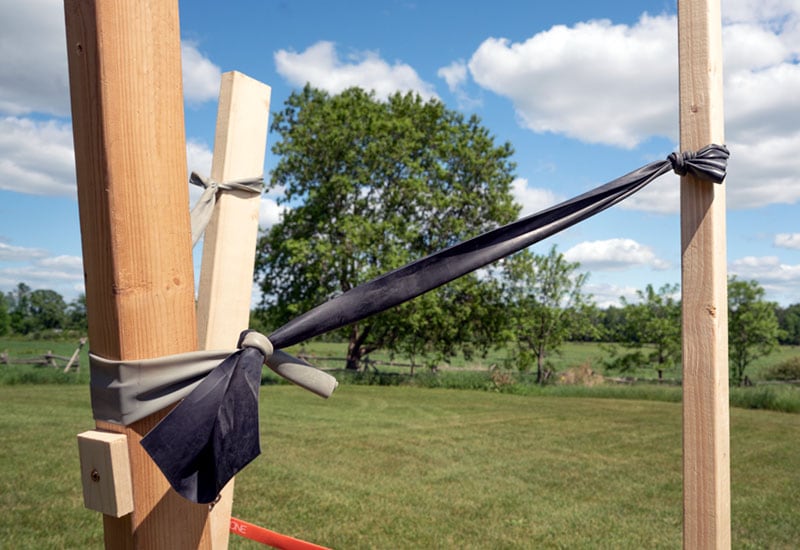 All in all, we were very satisfied with the result. Watch the video to see it in action.

As always, I used my trusty Mossberg 500 SPX Tactical 12-gauge pump-action shotgun. I’ve owned it for roughly eight years and I’ve put a few thousand rounds through it and it has worked flawlessly. I love it and it goes bang every single time. 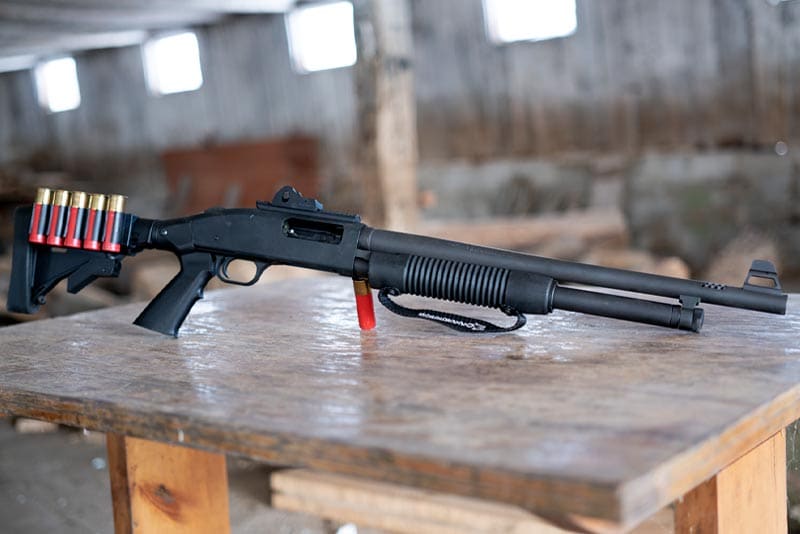 My trusty Mossberg 500 SPX shotgun. I’ve put a ton of rounds through this gun and it goes bang every single time. I love this gun. (Photo: Ben Philippi / Guns.com)

For activities like shooting pop cans from the catapult, I use basic Winchester #8 birdshot. A box of 25 shells at Guns.com costs $15.

And if you’re looking for a new or used shotgun, I highly recommend Mossberg. The company’s been around for over 100 years and they make fantastic firearms. The 500, 590, and 930 series of shotguns are rock solid.

PICK UP A SHOTGUN 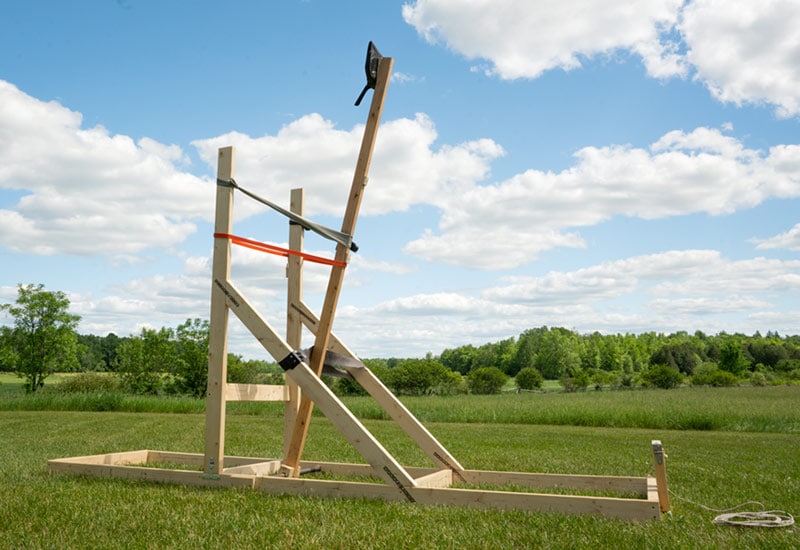 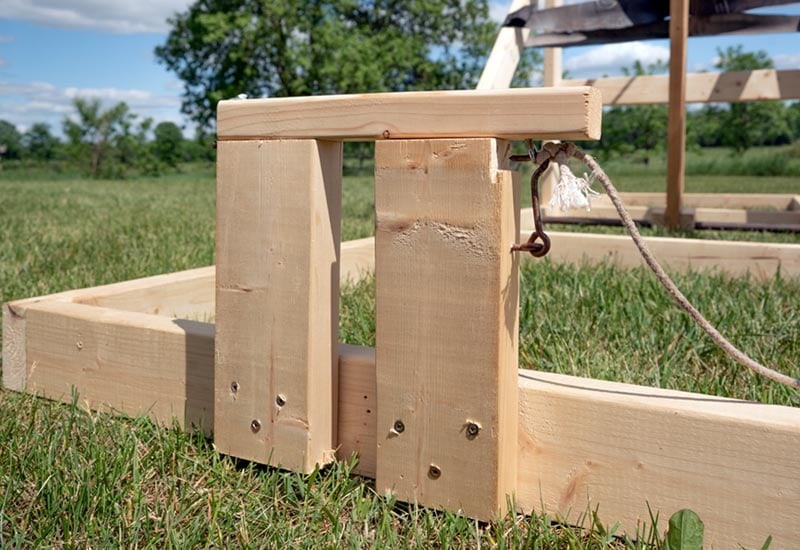 The foot-activated quick-release mechanism for the catapult. Might have to register a patent on this sucker – it’s that good. (Photo: Ben Philippi/Guns.com)

If you enjoyed this video, check out two other similar videos below for shotgun fun.