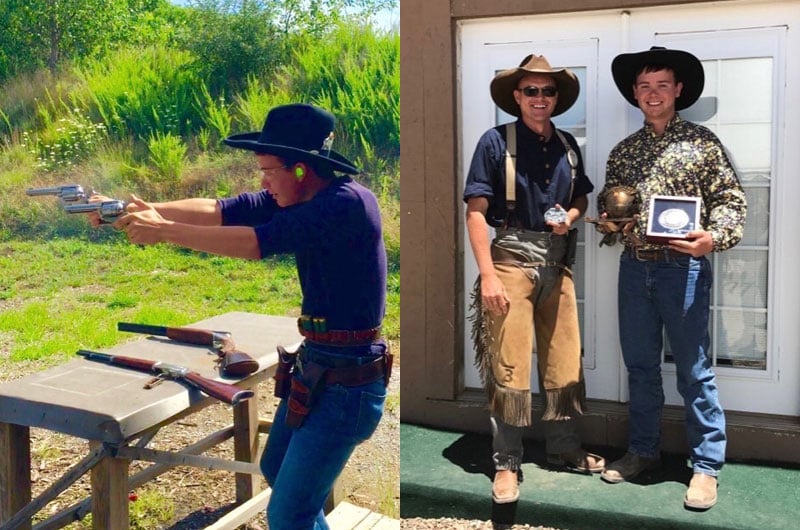 When he was 11 years old, Clayton Wisdom’s uncle handed him his first single-action revolver to shoot. Afterward, his uncle told him, “You just beat half of SASS.” He’s only gotten faster since. Better known by the Instagram handle @molefty_18, Wisdom, now 20 years old, has won a world title, state titles, and numerous regionals as a competitive SASS shooter. Calling Cedar Hills, Missouri home, we caught up with Wisdom to learn more about SASS and why you should try it.

Guns.com: Why did you get into SASS? Who got you started?

Wisdom: My uncle did. He lived right across the street from us. Actually, I played baseball all the way up until the time my baseball team fell apart. He took me out to the gun range, me and my dad, and I never shot a pistol. He took us out and I tried the pistol for the first time. And he looked at me and said, “You just beat half of SASS.” Didn’t think much of it. Then spring came, I just dove right in.

Guns.com: Did your uncle show you how to fan the hammer when you learned to shoot a pistol or did you run with it by yourself?

Wisdom: Yeah. He showed me the basics and taught me all of that. The more I traveled and met people… I came up with my own thing. Now I shoot gunfighter. I shoot a gun in each hand, but it started what I call The Double Tap. You can see on some of the videos; if there’s two shots on one target, it makes a noise. I came up with that — the pull of the hammer back and firing off two rounds really fast.

Guns.com: Watching your videos, it’s impressive for sure. How long did it take you to get to the point where you were proficient and winning competitions?

Wisdom: When I was 13, I started winning matches and got pretty good then. I really learned that it was just kind of a freak year. The summer I was 16, I won the world championship overall, and I was the second youngest to ever win it.

Guns.com: Wow. Very cool. How many people are you competing against? 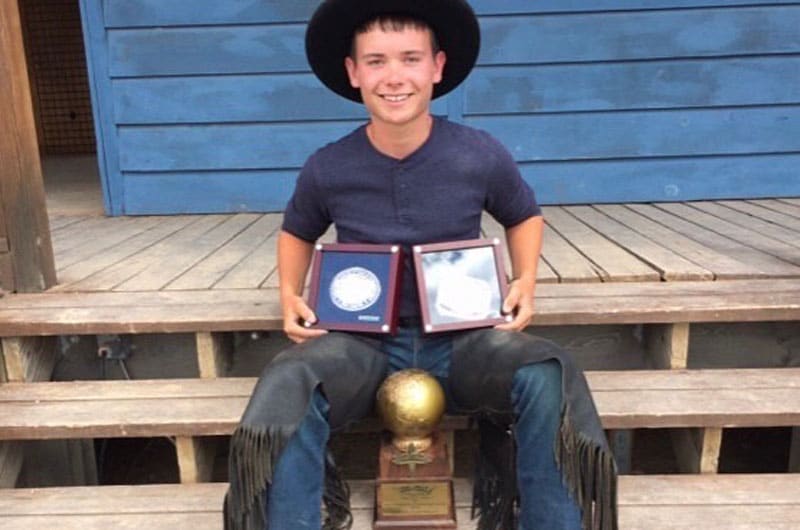 Guns.com: Can you talk about any other large matches that you’ve won?

Guns.com: You have a pretty big Instagram following. Have you had fans tell you that they’ve started SASS shooting because of you?

Wisdom: Yeah. The one that really sticks out is actually a kid from New Zealand. He’s a cowboy, and his name is Kiwi Rooster. He won his division in the World Championship; I think it was 2018 or something. He messaged me after the match on Instagram and thanked me because my videos really got him to step his game up to the next level. He said he saw me shoot, and he wanted to be where I was. That was the first moment where I was like, “Wow, people actually pay attention.” That woke me up. I never thought of it that way.

Guns.com: What’s one thing you’d like to tell people who haven’t tried SASS?

Wisdom: I feel like a lot of people don’t do it because they are nervous. They don’t want to mess up or look dumb in front of people. It’s pretty non-judgmental. Nobody’s like, “Oh, look at that guy. He’s slow.” There are people who’ve been shooting for 20 years who are slow as can be, and they love it. Some people like going slow. It’s their thing. It’s not about how fast you are. Some people are in it for the dress-up; some people are in it just to shoot an old gun that they got.

Don’t be scared to jump into it. Nobody’s going to judge you for being new. If anything, most cowboy matches I’ve been at, 99 percent of them, if there’s anybody spectating, guns and ammo are offered.

Guns.com: What your favorite handgun to compete with?

Wisdom: My favorite handgun is a new model Ruger Vaquero in .357 — 4 5/8-inch barrel. That is my favorite. Ruger has always been the best quality to me.

Guns.com: Very nice. What about a favorite rifle?

Looking to get into SASS? Start right here with all your cowboy action handguns, rifles, and shotguns.