A Primer on the Gun that Won the West: Winchester 1873

Few guns define a nation like the Winchester 1873. A fine piece of American-made steel and walnut granted repeatable firepower to the hearty souls venturing westward – not to mention hunters, outlaws, and lawmen across the nation. The Model of 1873 remains an iconic rifle today and one that belongs on every shooter’s must-own list. Here’s why.

Over 720,000 Winchester Model 1873s were produced from the years 1873 through 1919. Oliver Winchester’s patents and works owe heavily to earlier repeating rifle designs from Benjamin Tyler Henry of Henry rifle fame and the Volcanic Repeating Arms Company with its ties to Horace Smith and Daniel Wesson. At its core, the Winchester Model 1873 is a lever-action, toggle-link design that fires metallic centerfire cartridges. 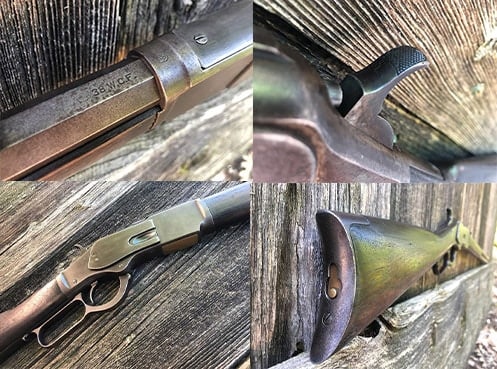 The Model 1873 is a beautiful gun reminiscent of the Old West. (Photo: Kristin Alberts/Guns.com)

The Model 1873 was originally chambered in the most common centerfire metallic round of the day—the .44 Winchester Center Fire, or as it is more commonly known today, the .44-40 Win. That was followed in 1879 by a .38 WCF, or .38-40 Win, chambering. Then the .32 WCF, or .32-20 Win, came in 1882, as cowpokes, gunslingers, and hunters often opted to carry both a long gun and revolver in the same chambering. Fewer shooters and collectors know that Winchester also offered the 1873 in the first rimfire repeater of its time, as the Winchester 1873 was chambered for both .22 Short and .22 Long rimfires, which made a short run beginning in 1884.

Mainline factory production centered around three major Model 1873 variations, the most common being the 24-inch barreled rifle. There was also a 20-inch barreled carbine and a 30-inch “musket,” which is the rarest of the gang. Though most any Winchester 1873 in decent condition today makes an excellent addition to any collection, those with either special provenance or with custom factory options get top billing. Winchester Repeating Arms, for a fee, customized the Model 1873 for the customer. A few features included altering barrel lengths and shapes, adding set triggers, engraving, special finishes, stock checkering, magazine tube alterations, among many other deluxe offerings.

For those wishing to study the many variations and special-order intricacies of the 1873, there have been many books written specifically on this gun. It would be impossible to go into such detail here, but aside from what we’ve already listed, the Model 1873 breaks down by First, Second, and Third Model 1873.

The serial number, located on the lower tang just aft of the lever, will be the leading indicator of the first, second, or third model. Becoming familiar with the features, serial number date ranges, and model variants are especially important when buying and valuing your Winchester 1873. Numerous collector books and websites will help clarify. One of the best sources, however, will always be the Winchester Arms Collectors Association. 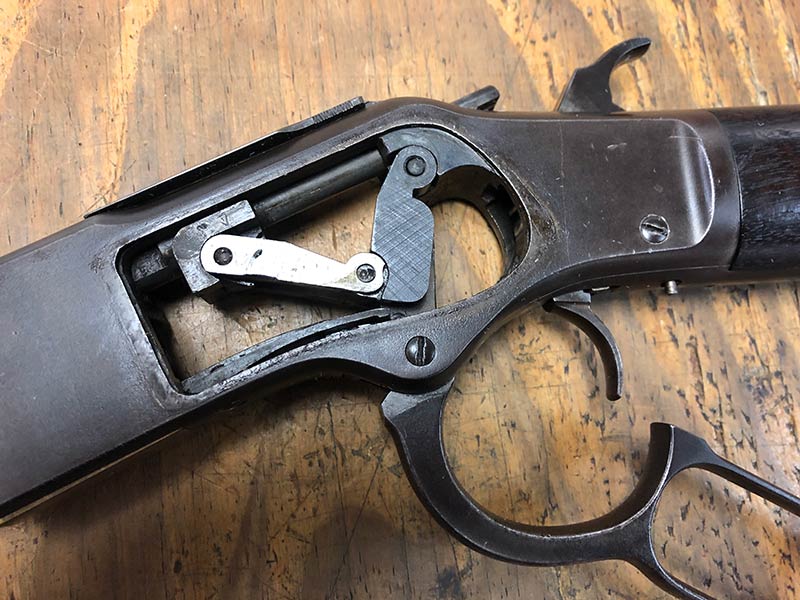 A direct source of original information can be obtained by contacting the Winchester records department at the Cody Firearms Museum in Cody, Wyoming. The CFM houses Winchester’s original, handwritten factory records and is a surefire way to get the most accurate –and often interesting—story of your individual Model 1873. In addition, having a factory letter only further enhances the historical and monetary value of the piece.

Related: Have an Antique Old West Gun? Get a Factory Letter 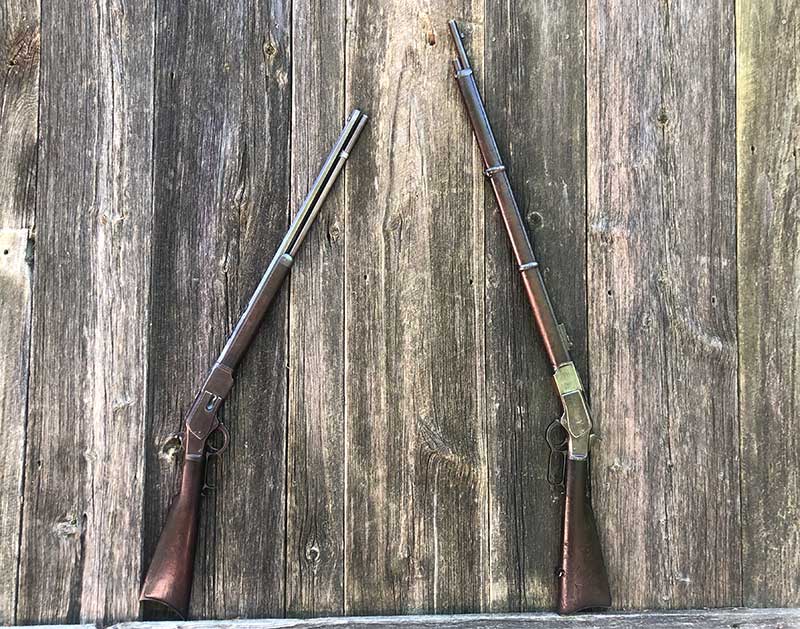 How do we know with absolute certainty that the Model 1873 is still loved today? Nearly every reproduction company builds modern versions of the 1873 lever-action. Think Cimarron, Uberti, Taylor Co, Navy Arms, and even Winchester offer a version of the long gun. All of these are boomingly popular with cowboy action shooters, western re-enactors, and firearms aficionados alike.

One major caveat between the originals and many reproductions centers on the strength of action. Though Winchester’s toggle link of the original 1873 was groundbreaking at the time, it was not designed to withstand the pressures of some of today’s modern “hot” ammunitions.

Few things in life are finer than taking up a true survivor Winchester 1873 with the patina of walnut and handled steel, wondering what stories it has to tell, the places it’s been, and the history it holds. The fact that these original lever-actions are not only still in existence, but in fine, fireable condition nearly 150-years later speaks to the brilliance of the design, quality of the build, and legacy of this fine American firearm.