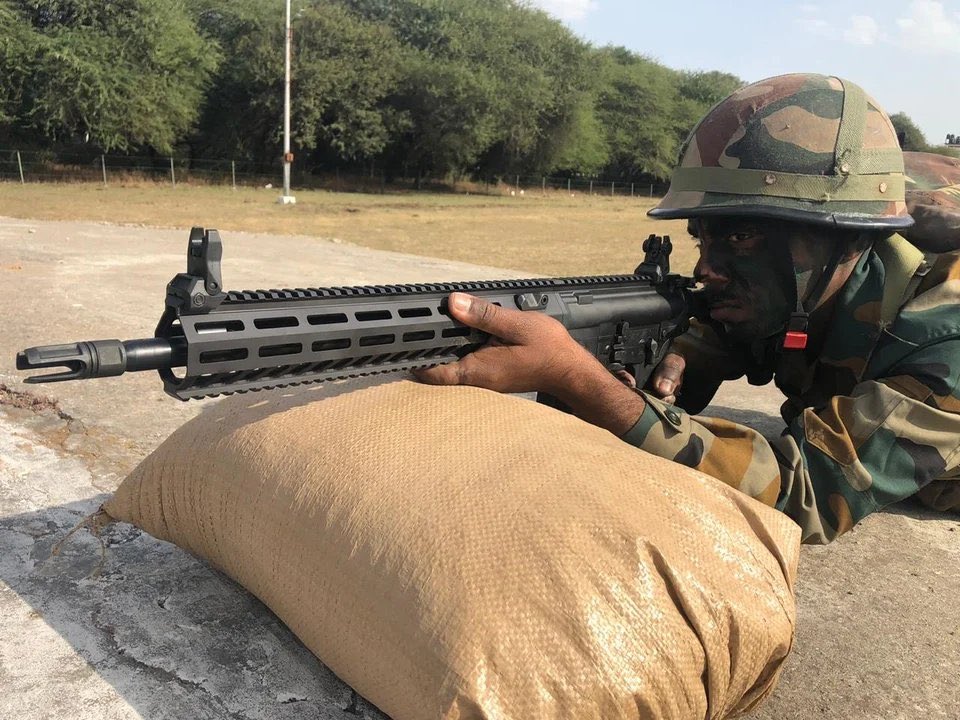 Just a year after ordering more than 72,000 New Hampshire-made Sig Sauer rifles, the Indian Army wants to double down as the country faces off with China.

The original tender for SIG 716 model rifles in 7.62 NATO was announced last year and the guns have already been trickling into the country, seeing use with the Indian Army’s Northern Command, reports Asian News International. The initial impression must have been good because the military wants another batch of rifles, pronto, intending to fast-track the next installment.

“We are going to place an order for 72,000 more of these rifles under the financial powers granted to the armed forces,” Defence sources told ANI.

As previously detailed by Guns.com, the SIG 716 is a short-stroke pushrod gas action 7.62mm autoloader that accepts SR25 pattern magazines and uses a four-position gas regulator. Sig Sauer currently makes the rifle in a number of Patrol, DMR, and TREAD variants using a free-floating aluminum handguard with Key-Mod or M-LOK attachments and a top-mounted M1913 Mil-Std rail. The Indian Army contract models went with a 16-inch barrel, M-LOK handguard, and six-position telescoping stock.

“This is the first large firearms procurement of the Indian Government in decades, and the explicit mission for this tender was to modernize the infantry troopers of the Indian Army with the best rifle available,” Ron Cohen, Sig’s president and CEO, said in 2019. “We competed in an open tender with small arms manufacturers from around the world. The SIG 716 rifle underwent comprehensive and exhaustive testing and evaluation process where it outperformed the competition and was ultimately chosen, and met all the criteria, as the best rifle to modernize the Indian Army.”

President Donald Trump visited India in February and, speaking to an enthusiastic crowd in Ahmedabad at the world’s largest cricket stadium, said “India is now a major market for American exports—and the United States is India’s largest export market.”

With 1.2 million active soldiers, India has the second-largest standing army in the world and has been using the domestically-made INSAS 5.56mm rifle — augmented by various AK47 models — as standard since the 1980s. For the past decade, Delhi has been trying to upgrade their small arms without much luck, leading to a varied program of orders from overseas to buy time for a planned factory, established with the conjunction of Russia’s Kalashnikov Concern, to produce as many as 700,000 AK-203s domestically. However, the AK plant has been slow to materialize in the wake of the global COVID-19 crisis.

India and China have been increasingly engaged in a tense standoff in the Eastern Ladakh border region, where a clash with Chinese troops at Galwan last month left 20 Indian soldiers dead.

Likewise, along India’s sometimes hostile Line of Control with neighboring Pakistan, sniping from jihadists across the border has led the Indian military to seek at least 12,000 advanced optics for their new SIG 716s.