A Look Back at the Classic Colt Diamondback Revolver 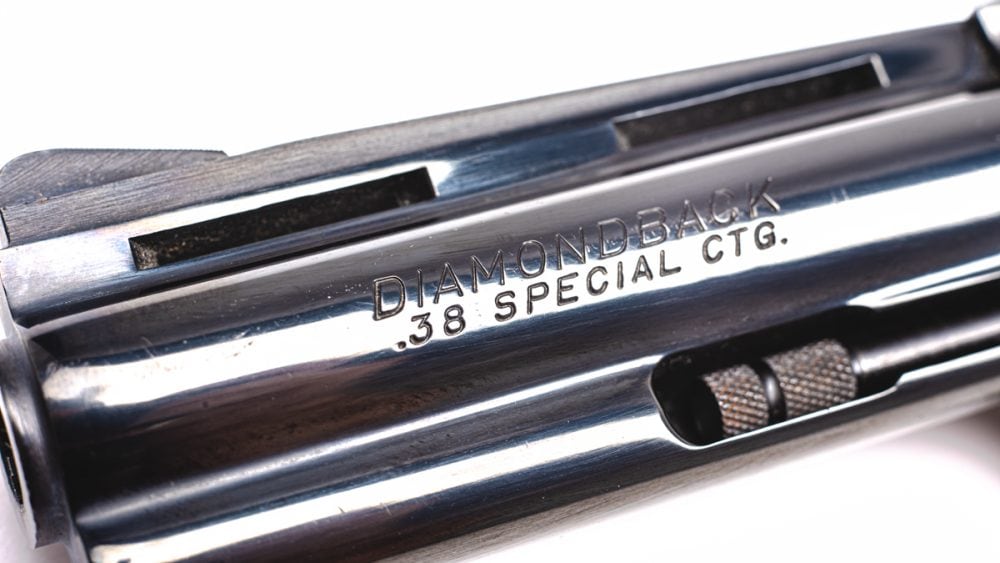 With a distinctive full-lug vent-rib barrel that gave the gun much of the same look and feel of their vaunted Python, the Colt Diamondback was popular with a host of buyers. (Photos: Guns.com)

Colt produced the Diamondback revolver in multiple calibers across three decades, but a lot of people hardly remember this classic wheel gun.

In 1966, Colt decided to come up with what was essentially a mid-shelf revolver that was more modern than their staple six-shooter offerings but cost less than their top-of-the-line Python .357 Magnum. Without reinventing the wheel (gun), the company tapped their old-school (at the time) D-frame revolver, the same one introduced originally with the 1900s-era Police Positive, then greatly upgraded the features. 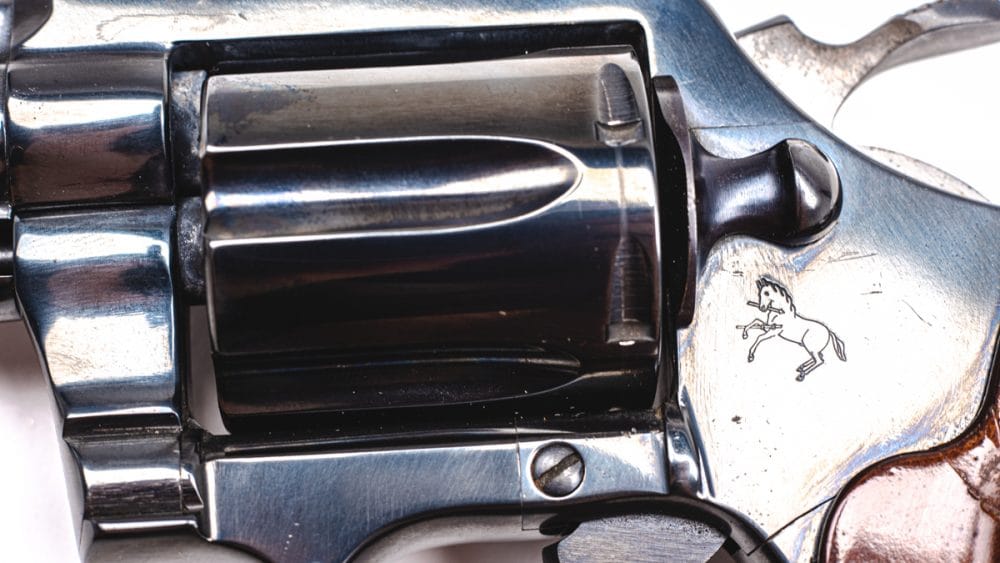 Using the same style of full-lug high-vent ribbed barrel as the Python, the Diamondback was a handsome, modern revolver that set itself apart from legacy pencil barrel offerings that looked like they came from the Roaring 20s– because, in many cases, they did.

The Diamondback was also offered in several variants right off the bat, being chambered in .38 Special, .22S/L/LR, and .22WMR in both 2.5- and 4-inch barrel lengths with a 6-inch model later added. Other standard features included an all-steel frame, adjustable sights, blued finish, and walnut Colt medallion target grips on full-sized models, the latter being another feature borrowed from the Python. This scratched a lot of itches. 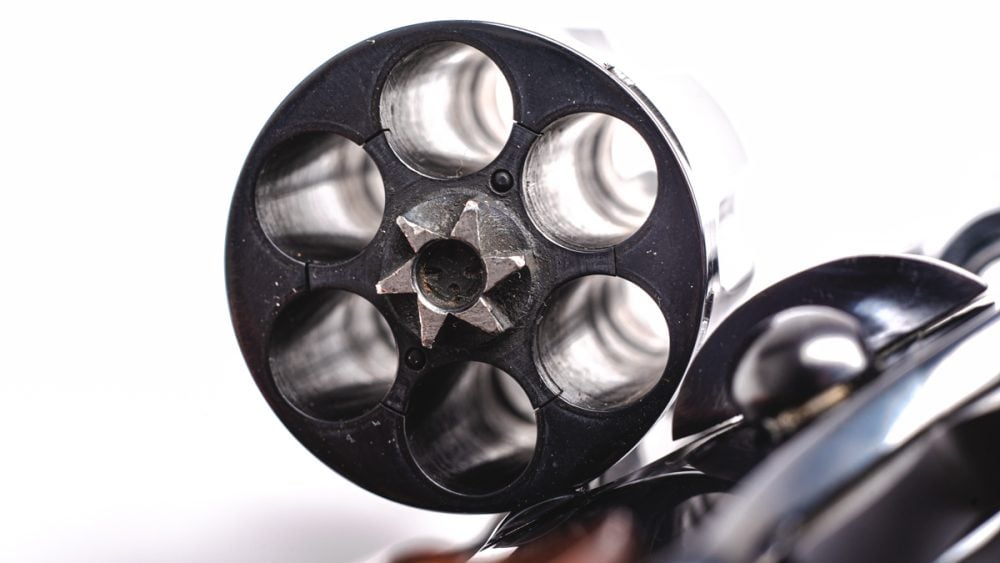 As with most 20th Century Colt wheel guns, the Diamondback had a six-shot swing-out cylinder with a clockwise or right-hand rotation, as opposed to Smith & Wesson which used counterclockwise or left hand rotating cylinders, allowing Colt fans the eternal cry of “Colt got it right!”

When introduced, the Diamondback retailed for a flat and easy $100 across all three caliber options. Compare that to the top-shelf .357 Magnum Python which ran $154. However, the new Diamondback was far from the least expensive Colt wheelgun, as the Offical Police, Police Positive, Trooper, Detective Special, and Cobra all ran between $76 and $92. Can you tell the 1960s were the heydey of Colt wheel guns? 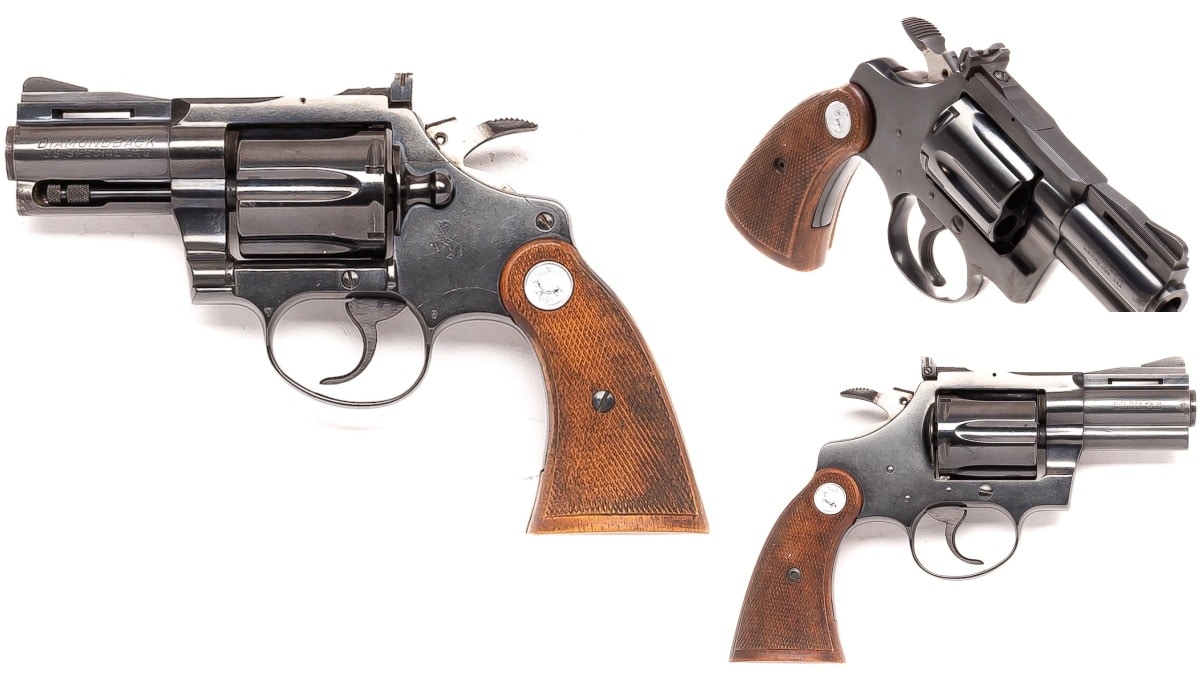 The smaller 2.5-inch “Roscoe” used Colt service grips, giving the shorty Diamondback the appearance of a bulked-up Colt Detective and for good reason– the Dick Special used the same D-style frame, albeit with a smaller barrel and fixed sights. This model, up for grabs in the Guns.com Vault, dates from 1968 and is in superb condition. 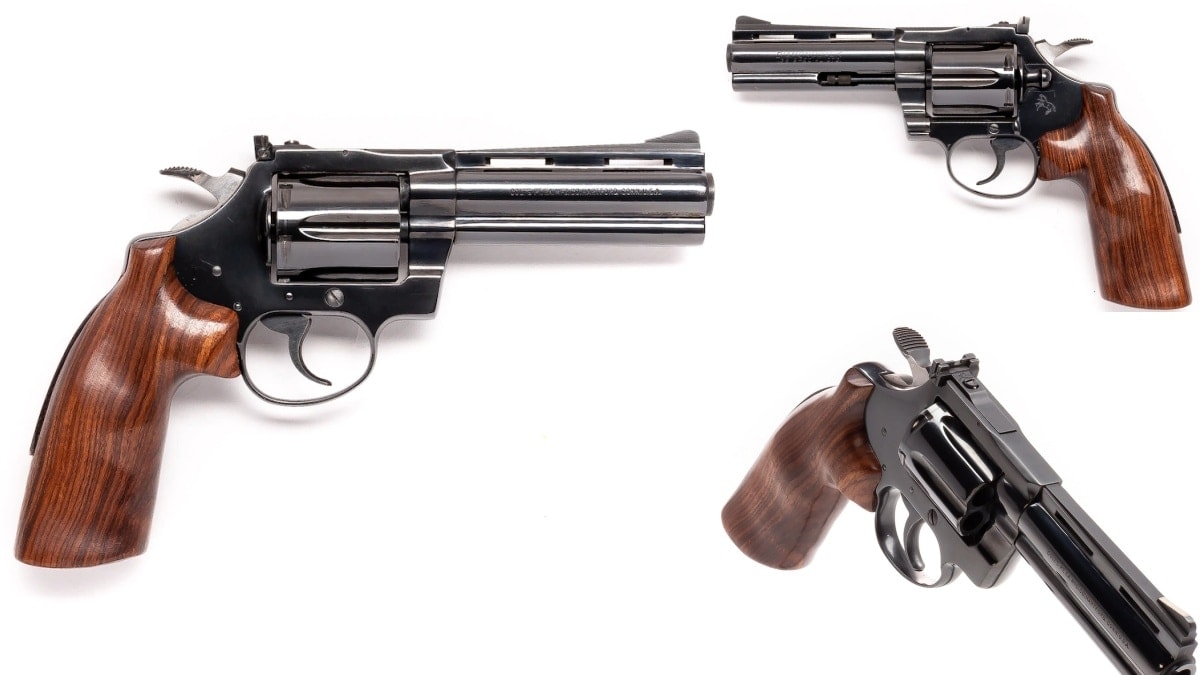 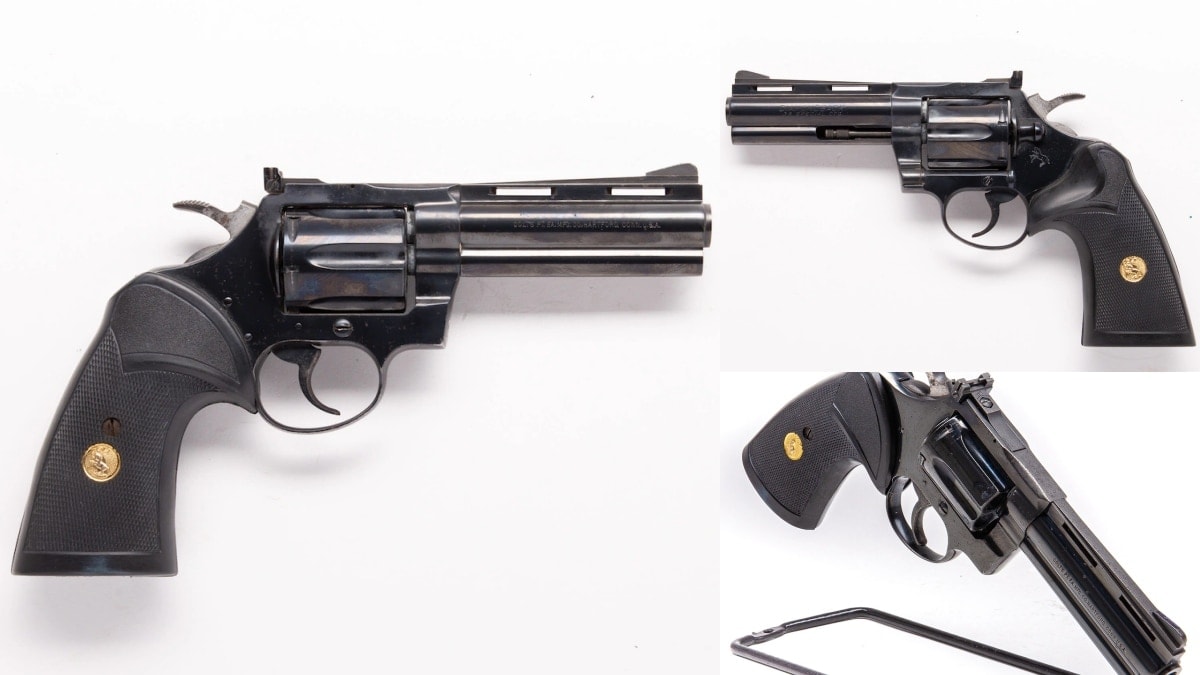 Another circa 1976 Diamondback. Colt used branded Pachymar “Gripper” rubber grips on some later models and it was also a common aftermarket upgrade. 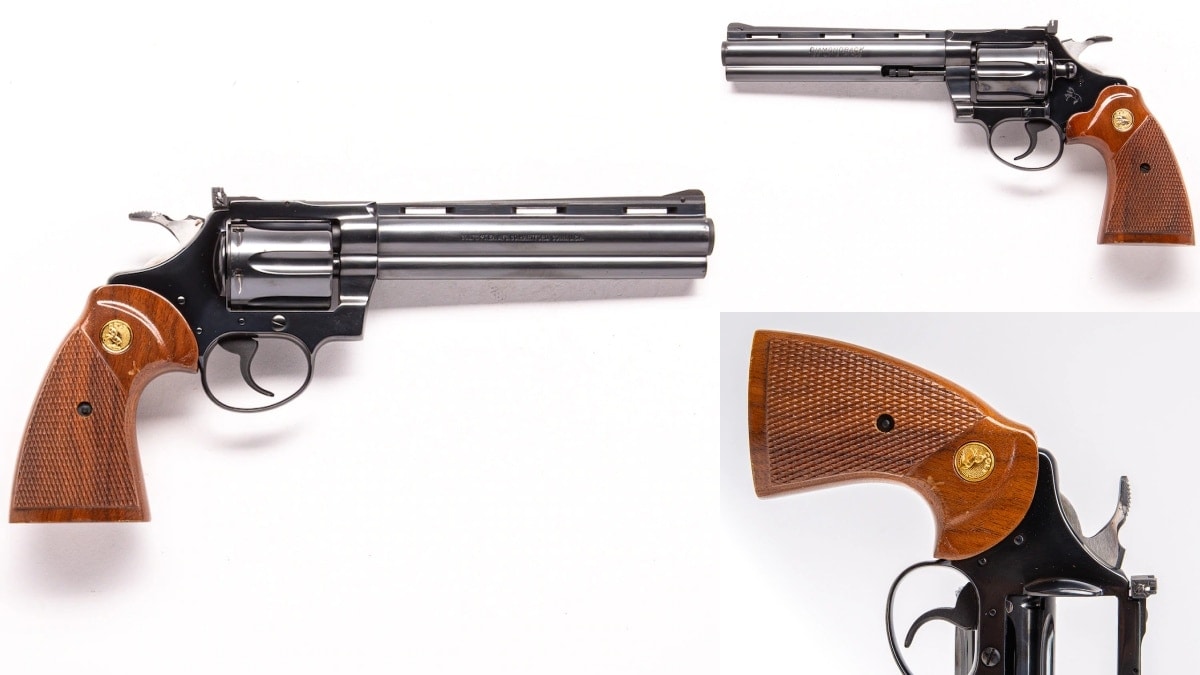 This 1985-production Diamondback is a 6-inch .22LR model that runs just short of being a foot long overall and is likely an easy-recoiling tack driver.

How did the Diamondback go over? Apparently pretty good as Colt kept them in series production through 1991, a 27-year run. Best yet, as collectors have gone hot and heavy on magnum “snake guns” like the Python, Anaconda, and King Cobra, the Diamondback often gets overlooked, making it more of a sleeper. It falls through the cracks to a degree as it doesn’t have the noir appeal of Sam Spade-era guns like the Police Positive and Detective, but doesn’t hit the .357 club like the bigger snakes.

However, as it is increasingly on the radar with the higher-profile serpents getting snapped up, and the prices on a nice Diamondback are rising.

Like rare, uncommon, and historic guns? Check out our Military Classics and Collector’s Corner sections where firearms like the Colt Diamondback are just a click away.