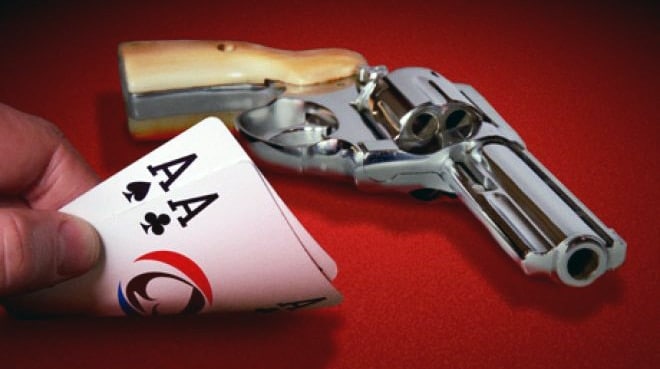 With so many guns marketed as home defense solutions, sometimes you just want to know when it’s safe to go all in on a firearm.

You never want to be placed in a position where it’s necessary to defend your family and property, but if you are, your choice of home defense weapon can make all the difference. Presently though gun buyers are spoiled for choice — there are so many options in home-defense weapons it can be overwhelming deciding what we really need.

Some require the spread and power of a shotgun, while others are fonder of the ease of use and larger magazine capacity offered by a handgun. For larger homes or rural settings where there is more land to cover, a rifle might be preferable.

Below are my picks for “safe bet” models from each of these categories. If you’re in the market for a home defense weapon, you won’t go wrong with any of these:

The trusty Ruger .357 has been defending homes for decades in one form or another. Because it’s a hammerless gun, the Ruger removes the issue of cocking the pistol and never suffers from jamming. It’s very portable, and can easily be hidden close to you for quick access in the event of an emergency.

If you want a handgun that’s lightweight and produces very low recoil — for example, for someone who doesn’t possess much wrist strength — this Kel-Tec makes an attractive package. Yes, the .22 caliber is small and considered by some to be unsuitable for self defense. But this gun uses .22 Magnum rounds and the smaller caliber allows the PMR 30 to carry a 30 round magazine, which is more than nearly any other factory handgun out there.

The Glock name is known and respected in handguns because of the extensive amount of technology they pack into a handgun. Engineered to exacting tolerances, Glocks are famously reliable and can be cleaned and maintained without tools, which makes ownership a snap. They also feature a larger magazine than most handguns, able to carry up to 19 rounds with modification.

Available in several configurations from multiple manufacturers, the M4 speaks for itself as the choice weapon of multiple military units. The same qualities that make it an effective close quarters weapon in the field make it an effective home defense rifle. The AR features little to no recoil, superb accuracy and excellent ballistics thanks to its use of 5.56 NATO or 300 Blackout rounds. Its effectiveness and ease of use make it an easy choice for defense of your home.

This was a standard-issue military pistol in the 1980s for good reason. The Beretta name is synonymous with reliability. This is a full-sized 9mm pistol that’s not short on stopping power, but doesn’t generate more kick than a petite shooter should be comfortable with. It also features an integrated sight, and retails at an approachable $678.

When you hear the name “Magnum,” you know a gun’s not short on stopping power. This gun helped make Smith & Wesson famous, and while it will fit easily in your bedside table, it has the grunt to stop a bear in his tracks. If you wake up to find someone in your home, the .44 will give you the confidence you need.

Many people who own a gun for home defense avoid shotguns because of their small magazine size. The Mossberg 590A1 solves that issue by holding nine shells you can load using a simple pump mechanism. Its short barrel and ribbed forend make it ideal for tactical use, and at just over $600 retail, it’s a great value if you’re interested in a home defense shotgun.

If you’re a shotgun fan with the budget to upgrade from the Mossberg, the SLP MK1 is a state-of-the-art defensive shotgun that will stop would-be assailants or frighten them into leaving in a hurry. It features a cantilevered mount for an optical sight, a textured pistol grip and a nine round magazine like the 590A1. It also includes a recoil pad to take the kick out of firing, making it ideal for smaller shooters.

This is a simple, effective large caliber hand cannon that might sacrifice some technology to other guns on this list, but is sure to bring the stopping power you need in a home defense pistol. The Judge has been in production for a decade, and is available in 13 different configurations.

What’s the secret to its power? Its ability to fire .45 Colt ammunition as well as .410 shotgun shells. The Judge is the reason ammo makers now sell these two rounds in a single pack.

The Mini-14 complements the M4 as the other rifle on this list, but offers a significantly different package. This is a carbine that fires a .223 round with nearly 1300 foot-pound of energy and extreme accuracy. It doesn’t have the tactical appearance of an AR, which can be an important factor for those who don’t want to draw attention to their guns. However, it can still be lethal at long range, has the form factor to work in close quarters, and can even take 300 Blackout rounds if you convert it.

Here we have 10 very different selections for home defense. It’s no secret there are plenty of other options out there for you, but this list contains a great mix of tried-and-true handguns, shotguns and rifles. Among these choices, there isn’t a single situation you can’t be well prepared for, so pick the one that’s right to keep your home and family safe.