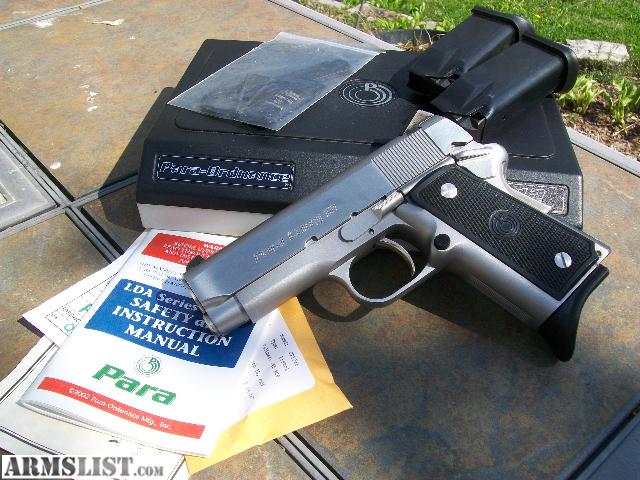 I own several Para Ordnance 1911s in .45 ACP. All of mine are somewhat older — seven to 10 years — and feature the Para Light Double-Action. Strangely, none of them are currently offered in the same configuration anymore. Thankfully, there are plenty of similar models out there on the used market and you may well come across one in your local shop or at a gun show.

The Para P12-45 and Carry 12 are similar in that they are both Officer-sized 1911s. Meaning, they have an overall smaller size and weight than a Government sized 1911. With a 3 1/2-inch barrel, they both measure about 7-inches long, 5-inches high and weigh around 34 ounces unloaded.

Para’s Carry 12 ad reads that, “…the pistol that doubled the capacity of the traditional 1911 without increasing the width of the grip.” The added capacity increases the grip diameter enough to prevent use of standard 1911 holsters, but not enough to significantly affect the ergonomics of the design. The Para Carry 12 fits my large hands better than most 1911s, but may be too large for folks with small hands.

Coupled with the introduction of the double stack 1911 magazine was Para’s own variant of the double-action only (DAO) mechanism. Titled the Light Double-Action (LDA), because of the way the trigger is pre-staged, not dissimilar to a Glock, providing a reduced trigger weight compared to traditional double action pistols. While I enjoy this feature, many traditional 1911 shooters abhor it. After all, one of the greatest strengths of the archaic 1911 platform is the smooth crisp single action only (SAO) trigger. Para’s LDA has some advantages as well, such as the additional safety of a DAO, but at the cost of making the interior mechanism much more complex than your typical 1911.

The Para feels, handles and shoots like most 1911s. In fact, many of the standard 1911 parts are also standard on the Para models. This includes almost all accessories (sights, holsters, et cetera).

I regularly carry and shoot my Paras. The finish on these guns has held up very well and the stainless steel looks new, with only minor scratching. In the five years I’ve owned my Para’s I have fired thousands of rounds with only minor hiccups; nothing, “Tap, rack, bang” couldn’t fix. 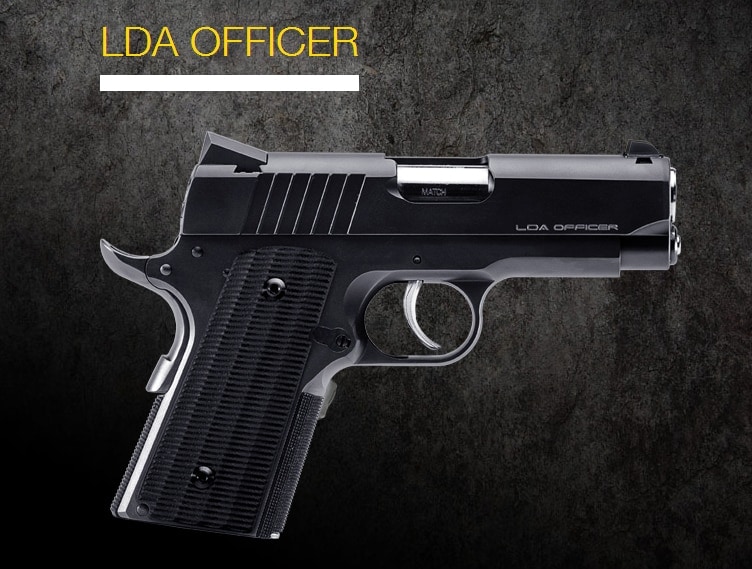 The fit of these guns is quite good and is one of the things I like about Para products in general. This is not a low-end 1911. It has a good, smooth trigger, match-grade barrel and decent sights. Last year I replaced the three-dot tritium sights because the original ones were getting dull (as happens with any tritium sights after 7-8 years).

The Carry 12 is a carry gun; a small safety only on the left side and a very short beavertail, which I still find adequate to protect the web of my hand. It shoots well, too. It’s easy for me to get 6-inch groups with the gun at 25 yards and about 4-inch groups at 10 yards. Recoil is quite mild, given the size of the grip (which helps spread out the force in my hand) and the relatively heavy weight of the gun.

Short-barreled .45s are somewhat notorious for having  failures to cycle properly with certain types of ammunition. You have to make sure that the timing of the operation is right, which is usually a balance between the right recoil spring and selection of bullet weight. After BBTI tests of the .45 ACP I decided to carry 185 grain rounds in my gun, (CorBon DPX) which has proven reliable.

Originally Para has had a spotty record with extractors. This led to the introduction of the PXT (Power Extractor) models some years back (now the standard extractor used on all their guns). If you get an older Para and have this problem, replacing the extractor is neither difficult nor expensive.

Both the Para P12-45 and Carry 12 are compact, powerful pistols with similar ammo capacity to that of 9mm carry weapons, despite their more powerful .45 ACP round. The all-metal construction of both Para’s frames soak up recoil, making both pistols excellent concealed carry options.