.22 LR from Eley: End the ammo shortage with Olympic accuracy

I watch Olympic shooters with a bit of jealousy.  I don’t do anything well enough for Olympic competition, much less shoot.  And even though I’m almost completely out of .22 LR, I’ve been avoiding the competition grade .22 LR.  Even though I kept seeing the Eley name crop up in my search for .22 ammo, I turned up my nose.  High class .22LR?  That’s an oxymoron. 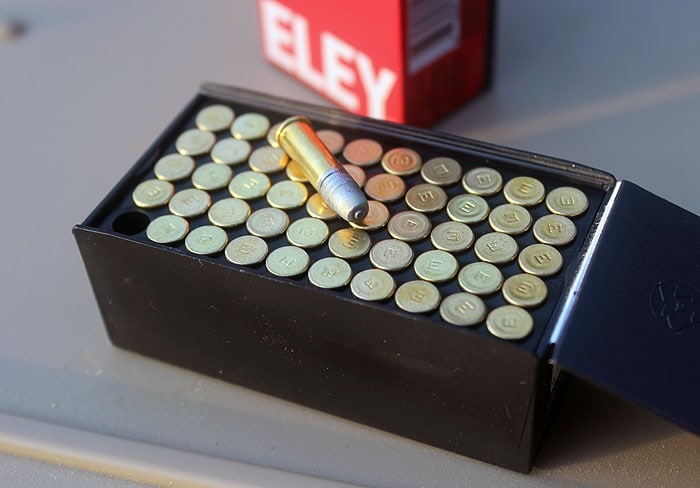 But I ran into the folks from Killough Shooting Sports at the 2013 NRA convention and we got to talking ammunition.  They are an official Eley ammunition test facility.  I had no idea what that meant, exactly.  I thought it might mean that they had some .22 LR in stock.  And for once, I didn’t care if it was the caviar of the rimfire world.  I just needed something to shoot.

And indeed they did.

I was wrong about high class .22 LR.  It exists.  And it comes from England, of all places.   Eley has been making ammunition for more than 180 years.  You can imagine how much has changed in that period.  And they’re not mired in the past, like some historic institutions.  Instead, Eley seems to be leading the way.  Their rimfire ammunition is one of the most celebrated brands in competitions worldwide.

The difference is noticeable from the outside of the box. They’ve developed a simple plastic box that keeps the rounds from touching each other and from bouncing their noses on the box bottom, which keeps their shapes more true.  They peel out in rows of five, for easy loading. 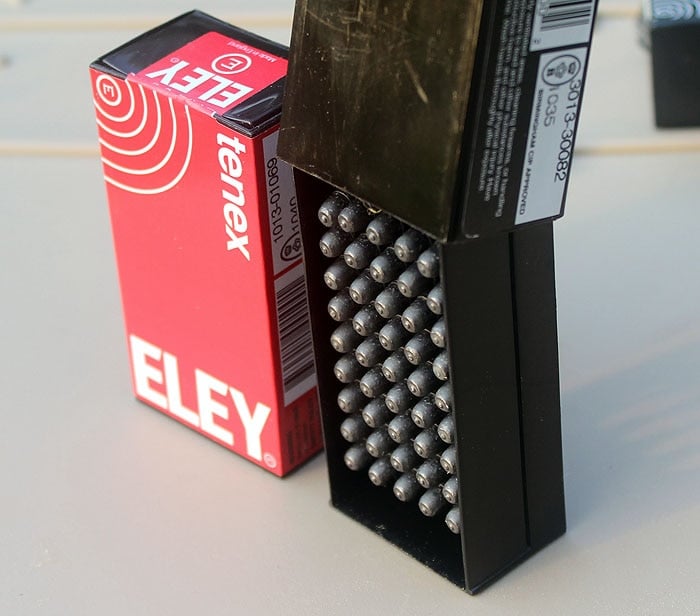 Most of the Eley competition rounds have flat noses with a slight nipple right in the middle.  The bullets formulated for use in semiautomatic pistols and rifles uses a round nose, for easier feeding, but the best accuracy comes from the small flat nosed bullets.

Eley’s competition rounds are all computer inspected and tested for consistency.  And all of them are treated with some sort of lubricant.  The automatic rounds have a dry coating, and the others use a mix of tallow and beeswax.  It is dry to the touch, but will leave a slick film on your fingers.  And they feed and eject perfectly.

Eley for the rest of us

I’m not even remotely qualified to judge Eley’s ammunition the way it deserves to be judged.  That’s why Killough Shooting Sports has set up their test center in Texas.  You bring your gun (or ship it) to the range and work with them to find the best specific load for the individual barrel. 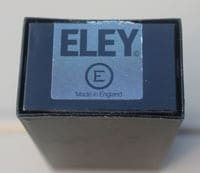 On this end of the shooting world, I want my ammo to feed and to eject.  I want to hit what I’m aiming at.  I want ammunition that’s equal to the capabilities of my guns.   But I used to feel a bit extravagant shelling out for CCI.

When I was paying $20 for a brick of 550 rounds, I was pretty forgiving on the accuracy side.  I made excuses for the random fliers.  I expected a few duds.  I happily cleared jams when improperly seated rounds nose-dived in the chamber.  That was all part of the price tag.

But now that those same bricks are selling for absurd prices, I find I’m getting a bit more choosy.  If I’m going to pay for ammunition, I want it to work.  Perfectly.

Eley’s Match ammunition comes in at 1085 fps.  It is a 40 grain bullet.  Eley markets the Match ammunition for serious shooters who need a practice round that performs great, but doesn’t break the bank.  The Match statistics and performance mirror the Tenex, but at a more affordable price.  A brick of 500 Eley Match will run around $140. 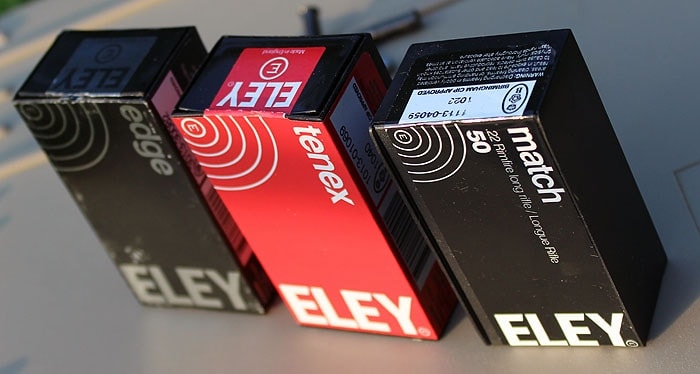 Tenex, sells for about 25 percent more than Match.  Why go for something more expensive, when the performance is the same?  It all has to do with quality control.  Tenex is the most scrutinized round I’ve ever seen.  When you order from Killough, they have you choose from different manufacturing lots.  Which means that keep track of that.

In fact, the label will specify the year of manufacture, the batch, even the loader number.  So if you find something that’s off, you know to avoid that batch.  Or loader.  Not that I would be able to tell by poking holes in tin cans.  But you know.  In my dreams.

Tenex offers the maximum performance and the confidence that each round will perform exactly as it should.  Exactly.

And Eley has just launched a new round.  The Edge.   Or maybe just Edge.  Edge. Killough Shooting Sports sent some with my Tenex and Match order.  This round has a distinct look derived from an oxidized finish.  But there’s more to the look.  “The surface treatment delivers both a unique black look and increases the frictional force between case and bullet to give a more consistent propellant burn.”

And they look cool.  I’ve achieved the same look by dropping rounds in the dirt at the range, and then forgetting about them for anywhere from eight months to a year.  But mine don’t shoot as well as these do when I pull them back out of the dirt and try to shoot them.

The edge boasts the same performance statistics as the Match and Tenex, but may do what they do even better.  Time will tell. 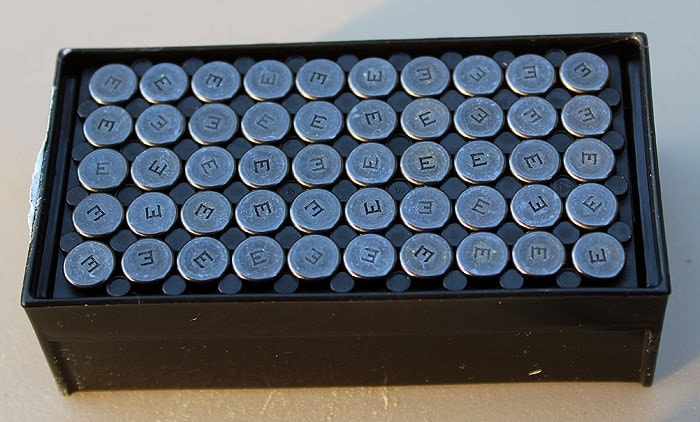 And there’s good news on availability.  Killough Shooting Sports seems to have a constant flow, in and out.  And their inventory tracking information is easy to see from the user end of the site.  And Remington is getting into the Eley game.  They’re distributing co-branded ammo with Eley now.  If Remington can make use of their distribution network, the good stuff should become much more widely available.

Eley is more expensive, but it is relative.  A couple of months ago, I saw a 550 round brick for sale at a reputable online retailer for $190.  Last week, I was at my local gun shop and heard bricks were selling for more than $100 a piece at a recent gun show.  That makes this whole discussion a bit more poignant.

So what if I’m plinking with Olympic grade ammo?  Why shouldn’t I?  Maybe I won’t pull the trigger as often.  But if I miss, I can’t blame it on a random flier.