3 calibers you should not use when hunting these animals Pairing caliber with quarry is an essential part of ethical hunting.

Over the years there have been volumes written about what calibers are appropriate for hunting. There are those considered adequate and those considered desirable, but what has not been highlighted often enough are the rounds that should not be used for hunting (or for at least some of the game they are occasionally fired at).

The first on my list is a great varmint round that, over the last decade, has been finding its way into the deer woods more and more with poor results. And that is, of course, the .223 Remington. I have seen this tragically first hand. The first time I saw the .223 used for hunting whitetail was about eight years ago, when a hunter with many years of experience hit a small four point buck in the vitals with a 55 grain soft point bullet. The deer took off for parts unknown and that was the last time it was seen.

The hunter was sure he had hit the deer as it reacted like it had been struck. His range was short, under one hundred yards. There was no hair or blood found. A couple of weeks later the carcass of that four point buck was found after the coyotes had gotten to it. Even if the deer succumbed to the .223 slug, it made such a little hole that there was no blood or evidence of the hit. 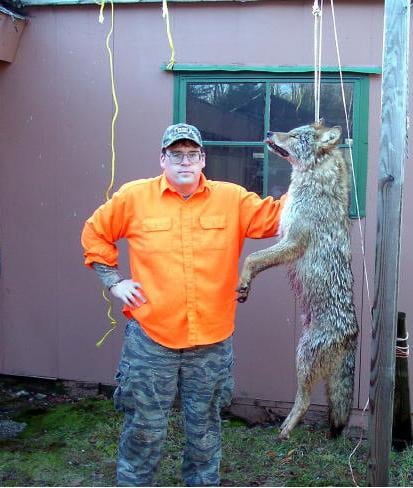 Coyote taken with a .17 Hornet round. (Photo: David LaPell)

The .223 Remington with a 55 grain Nosler ballistic tip moving at 3,250 fps only scores a six on the Taylor knockout scale. Compare that with a .357 Magnum slug that weighs 158 grains moving at 1,500 fps getting a twelve and a .30-30 with its 170 grain bullet scoring a fifteen. And the .357 handgun and .30-30 are often considered marginal for deer hunting. So why would you take a caliber like the .223 out for whitetail when it has only one third of the power of even the .30-30? Even if you crank up the bullet weight of the .223 Remington to 77 grains, you still wind up way short of even the .357 Magnum handgun when it comes to knockdown power. So do yourself and your deer hunting chances a favor and leave the .223 to killing coyotes and woodchucks.

Speaking of killing coyotes, for many years I have heard some bad advice given out about a round that can supposedly take them down and that is the .22 Magnum. The .22 Magnum has been around for a long time. It has been used on all manner of creatures, but why it’s been recommended for coyotes is anyone’s guess. One has to consider that coyotes can range from only twenty to thirty pounds out west to bordering on fifty to sixty pounds or even more in places here in the northeast. It is not uncommon to see some coyotes where I hunt here locally packing very heavy fur and tipping the scales on the larger end as winter approaches.

I have killed coyotes with rounds ranging from the .22 Hornet up to a 16 gauge slug once when I was hunting whitetail and I have found that the .22 Hornet is the lightest round I would recommend on one, certainly here in the east. Coyotes are pretty hearty beasts and I have seen them soak up a lot of punishment. Even with the best of bullets, for me the .22 Magnum should be left to some of the smaller furbearers. It might work well for a close range head shot (hello, trappers), but if hit not quite where you want it to go on a coyote, you’ll need a bullet that can finish the job quickly. Shooting an animal multiple times is not something many hunters want to do, especially if they are trying to get good money for the pelt.

As much as I love hunting whitetail, during the last fifteen years my favorite animal to hunt has been the ruffed grouse. I learned when I began to hunt these little devils is that they are tougher than they look and you can make few mistakes if you want to put them in your freezer. In the thick cover of brush and backwoods, you’ll get only a few seconds to sometimes get a shot off, even when you spot one before it breaks and goes from zero to what seems like supersonic. 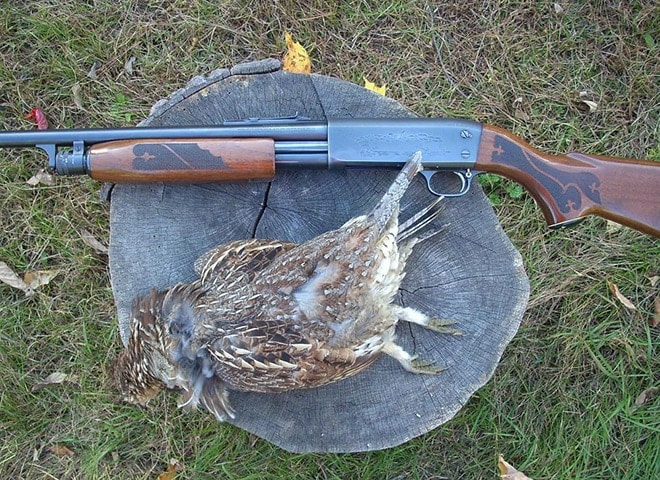 One shotgun, not sometimes but often recommended for ruffed grouse, is the little .410 and I have yet to understand why. The .410 has long been termed a beginner’s gun but it is actually a great gun for squirrels and rabbits long after the hunter has built up experience with scatterguns in the woods. But for grouse it’s a different matter — you are often trying to get those pellets to connect in a split second and the full choke of the .410, as it most often comes in, doesn’t give you much room for error.

For many years I used a 20 gauge side-by-side Stevens and later a Winchester single barrel for grouse with a variety of loads and found that even then that in the thick woods of the Adirondacks the grouse were not getting hit with that many pellets. Most birds took maybe three or four pellets that did damage out of a modified choke and sometimes a couple more when I used an improved cylinder. When I switched to my 16 gauge, my grouse tally skyrocketed, showing that in this case, a little more gun is better. As much as I like the .410, I say it should be a 20 gauge or maybe stretch it to a 28 gauge as the minimum size for a ruffed grouse. Leave the .410 to the bunnies and the tree rats.

When you are hunting, whether it’s to put venison in your freezer, a few birds for a nice Sunday dinner or to clean out some of the local varmint population, you are obligated to make the kill as clean and as quick as possible. There should be no shortcuts and you should make sure that you are using enough gun to do the job. You don’t need to bring a howitzer with you, but you should have enough firepower to accurately take the game you are after. Anything less does a disservice to you as a hunter and makes the animal suffer needlessly — and for that there is no excuse.